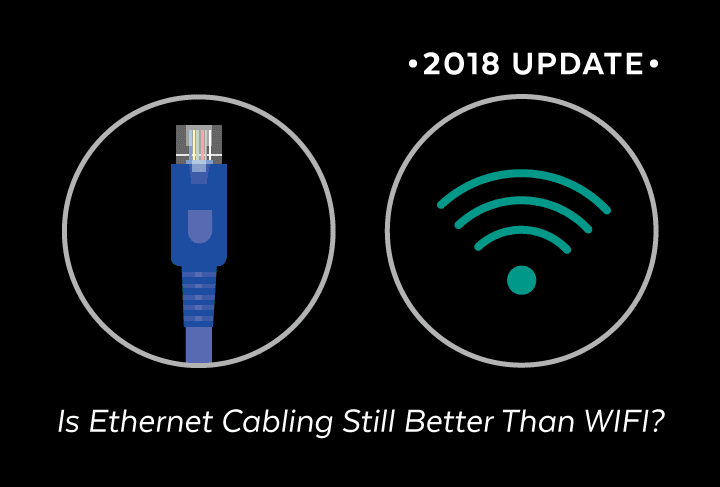 Let’s not kid ourselves. Wifi is awesome.

No matter how big an ethernet buff you are, the convenience of wifi connectivity is hard to beat.

You can stream, talk, and check email from your laptop or tablet anywhere within the range of a wireless access point. All that being said, wired ethernet can still give WIFI a run for its money.

The benefits of Cat5e and Cat6 are palpable. Say what you will about those pesky cables, but thanks to recent advances, wired Ethernet goes places that WIFI can only dream of.

This wasn’t the case a decade ago, when many thought Ethernet had gone the way of the flip phone.

Though WIFI has begun its own data and power journey, substantial delivery is still a ways in the future. Ethernet can give you both right now, and not just for computing devices. Low power lighting, camera systems, phone systems, and manufacturing sensor installations are just some of the technologies that often rely upon Ethernet connectivity.

Wired ethernet also saves a fortune on installation fees because you only need to drop one cable to power up. No need to hire an electrician to install an extra plug in some remote location.

But let’s take a closer look at how exactly, ethernet can still outperform wifi capabilities. We’ll hone in on 4 key areas:

1. Ethernet Data Delivery Is Fast and Getting Faster 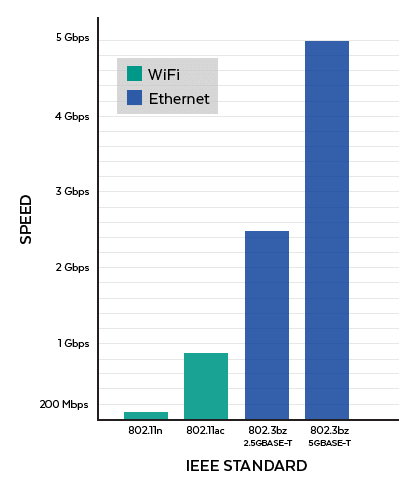 The current IEEE 802.3bz standards for Ethernet are 2.5 Gbps for 2.5GBASE-T and 5 Gbps for 5GBASE-T. It won’t be long until standard speeds will reach up to 10Gbps on a Cat6 cable. Cat5e can deliver speeds of 1 Gbps.

To be fair, WIFI has sped up as well. The IEEE 802.11ac maxes-out at speeds of 866.7 Mbps; the IEEE 802.11n manages a much humbler 150 Mbps. Nothing to scoff at certainly, but high speed and high definition formats over multiple devices around an office or home will deliver consistently better quality over Ethernet.

One of the applications where faster speeds benefit end users is video gaming. Ask any reasonably competitive gamer if they’re willing to play over a wifi connection and you’re sure to get a resounding “never.”

Another place where this difference is pronounced is with large file downloads. Both places can be highly frustrating when slow data speeds bog you down.

It’s no mystery that interference can make it hard to get and stay on a wireless network. As more devices come online due to the exploding Internet of Things (IoT), this may even become more of a challenge in the near future.

Not so with Ethernet. Cable connections tend to be more robust. If you have the right cabling solution—Cat6 or higher—then you have all the insulation you’ll need to prevent crosstalk from interfering with your signal.

How does interference work?

Controlling noise is important because uncontrolled noise may overwhelm the data signal.

Twisted-pair cables balance signals. Signals travel essentially the same path in both directions creating a balanced electrical field. Electrical unbalance means noise. This can happen for any number of reasons, from mismatched conductors to signals bleeding over from adjacent cables.

Unbalance can also be caused externally by things like microwaves in the case of WIFI.

In case you’re new to Ethernet, the thing that makes it so attractive to customers is how easy and inexpensive it is to install.

Let’s say you have a one-off surveillance camera or LED light installation in a remote location, Ethernet allows you to do an installation without having the cost of an additional power outlet to install.

If you do have a outlet in that area, you can keep it open for other uses because when you connect a device to the network, you’re sending both power and data over the same drop.

Of course, you can also add additional access points for WIFI networks. Ironically though, you’ll want to connect them to the network using Ethernet for the same reasons just stated.

PoE extenders allow you to extend boost signals beyond the reach of the 100m cable standard. Network extender kits allow you to add other networks with the same ease. And VDSL2 SFP Modems allow you to connect Ethernet and Coax instantly, so regardless of the types of networks you need to connect, you can have things up and running in minutes on wired ethernet networks. 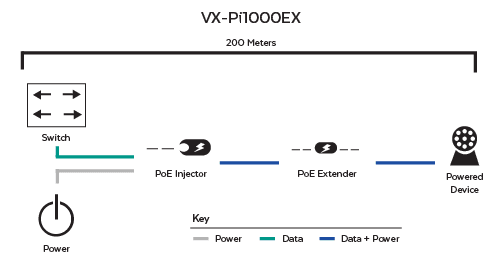 WIFI definitely has expandability options, but the devices that it currently supports are narrower in range. At this time, you’re thinking more about mobile devices in public areas than hard-working LANs within a campus or even a home.

WIFI is great for mobile phones, tablets, laptops and even in some cases desktop computers. 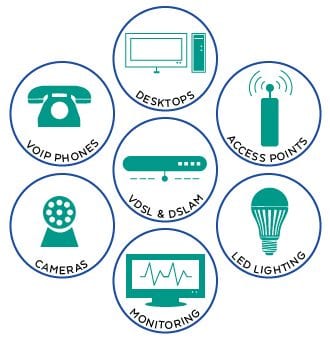 You can’t deny the convenience factor.

But Ethernet is still where you really see a huge range of device demands satisfied. PoE networks can power and control:

And these installations can happen in the home, across a campus or data center, and even on the floor of a manufacturing plant. Remote cameras have even round their way to the top of suspension bridges and highways.

It’s the combination of power and data delivery allows broad flexible application of Ethernet technology. It simplifies installation and keeps costs down.

For the reasons stated above, and perhaps a handful of others, ethernet cabling is still the way to go for network flexibility and stability. The good news for WIFI buffs is that it’s currently experiencing a bit of a renaissance on the wireless power delivery front.

Keep your eyes peeled for that one to hit consumer devices, it’s going to be a real game changer when engineers work out the remaining kinks.

The truth is, ethernet cables and WIFI technology have a symbiotic relationship. But their rivalry will continue to be an interesting one to watch as we make our way into 2018.

If you have any questions on how you can best deploy either technology, our analysts will be happy to answer your questions.

37 comments on “2018 Update | Is Ethernet Cabling Still Better Than WIFI?”