HomeNetworking In Case You Missed It: IEEE Publishes Amendments to 802.3 Standards 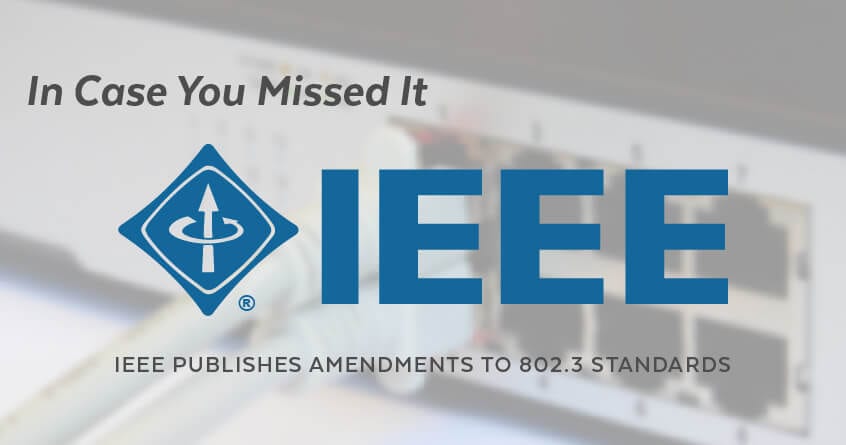 What is the IEEE?

The Institute of Electrical and Electronics Engineers (known as the IEEE) is the largest technical professional organization in the world. With its corporate office located in New York City and its operations center in Piscataway, New Jersey, this enterprise has more than 423,000 members in over 160 countries. 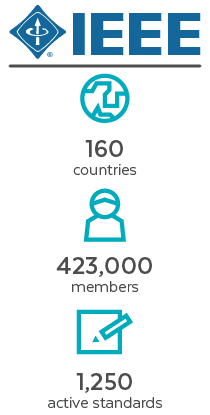 The IEEE’s “objectives are the educational and technical advancement of electrical and electronic engineering, telecommunications, computer engineering, and allied disciplines.”

The IEEE Standards Association (IEEE-SA) is an entity within the IEEE that develops, nurtures, and drives global standards for a wide range of industries, including:

Technical experts from all over the world participate in the development of global standards for these wide-reaching industries.

The IEEE-SA has a catalog of over 1250 active standards as well as hundreds in the process of development.

“IEEE 802.3 is a set of standards put forth by the Institute of Electrical and Electronics Engineers (IEEE) that define Ethernet-based networks as well as the name of the working group assigned to develop these standards.

“IEEE 802.3 is otherwise known as the Ethernet standard and defines the physical layer and the media access control (MAC) of the data link layer for wired Ethernet networks, generally as a local area network (LAN) technology.”

In response to evolving industry requirements for new and emerging Ethernet applications, the IEEE-SA announced (in April 2019) 3 standard amendments to IEEE 802.3.

Meeting Industry Needs for the Future

These 3 new amendments to IEEE 802.3 have been instituted to meet industry demands for greater Ethernet functionality. According to IEEE Standards University article, written by George Zimmerman and entitled “Evolution of Ethernet Standards In IEEE 802.3 Working Group”:

“The work within the IEEE 802.3 Working Group is far from done, with the next generation of high-speed 40/100/200/400G links aiming for broader market adoption through increasing the cost-effectiveness of solutions while decreasing the power consumption and complexity of compatible products. This work also focuses on lower speeds. The 10 Mb/s Extended Reach Single Twisted Pair Ethernet PHY project, aims to address existing market demand for a unified lower speed and a longer-reach PHY for automation purposes. The IEEE 802.3 Working Group is thus looking for ways to expand Ethernet market coverage and to support higher data rates while also providing coverage for emerging markets such as the automotive industry.

“It can be expected that innovation in the area of wired Ethernet will continue in the years to come, bringing the same highly reliable and well-understood networking philosophy to new markets, enabling new applications, and making networking in general more ubiquitous.”