HomeTechnology Autonomous Cars Are Reshaping the Way America Does Automotives 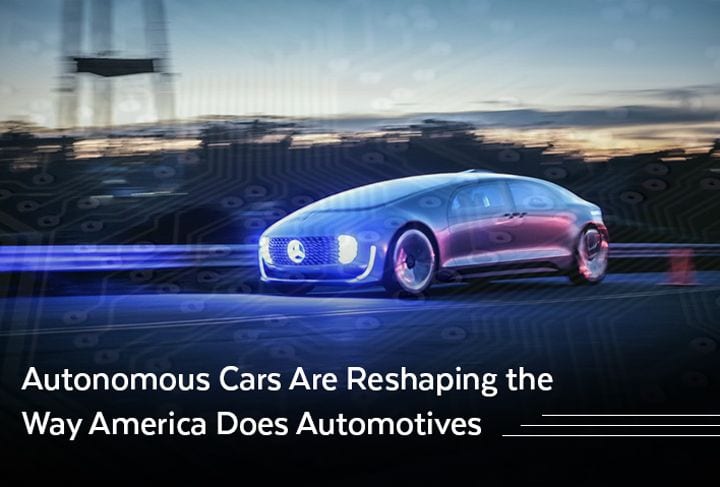 It’s no secret that some big players are already putting in some serious overtime on their  self-driven car prototypes.

Uber has also been logging serious mileage with their own test fleet, currently deployed in Pittsburgh, PA.

Over the past 12 months, enthusiasts not only found self-driven cars on the streets of these forward-thinking communities, they also found them in the news.

Tesla, for instance, released a new version of its autopilot software and as we might have expected, the list of self-driving vehicle applications has rapidly expanded. Firefighting helicopters, unmanned underwater exploratory drones, military vehicles and beer-hauling big rigs took to the air, sea and roads.

Sadly, too, the first driverless fatality occurred, raising nascent concerns over passenger safety to the forefront of the discussion. Up until now, humans have been sitting behind the wheel ready to take over should an emergency arise. And if we’re being honest, the story seems to be that the Tesla driver involved in the accident was misusing the autonomous features in the first place.

Despite the setbacks and public concern, the push towards level 4 autonomy continues. Strides have been made, and it’s clear that innovators are holding nothing back in the race to release this next generation of vehicle.

With all of this in mind, it’s only fitting that CES International 2017, held last week in Las Vegas, centered the discussion on AI and autonomous cars.

One of the most buzz-worthy moments came when Faraday Future revealed its widely-anticipated and ultra-fast electric car. The excitement on the web was palpable, especially on Facebook. 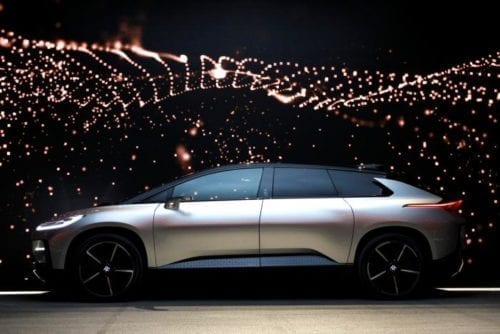 A Faraday Future FF 91 electric car is displayed on stage during an unveiling event at CES in Las Vegas, Nevada January 3, 2017. REUTERS/Steve Marcus

Their vehicle not only provides a fast and longer running version of the electric car, it also boasts autonomous and self-parking features.

The car is expected to retail for something like $180k and is slated for availability in 2018. This, along with some other complications, make their situation precarious since Tesla is aiming for a $35k price tag on its model 3.

But that’s another story entirely. The point worth noting here is just how enthusiastic the press and public are about the future of transportation. Chrysler, Toyota and maybe even a few car companies you’ve never heard of showed off cars and tech at CES. This future is on its way, and it’s not slowing down.

With manufacturers so hot on the quest of releasing driverless cars to the public, it’s important to note what laws are in place and what is in the works.

No matter how excited and bullish the public and industry leaders might be, the future of this technology and how it rolls out to retail markets, and ultimately the roads, will lie in the hands of legislators.

The public is still undecided about how to handle fatalities caused by autonomous cars. But that’s just the tip of the iceberg.

At the moment, the easiest way to understand the legislative landscape is to take a look at this state by state breakdown.

Though in summary, Nevada was the first state to enact driverless car legislation all the way back in 2011. Afterwards, seven other states and the District of Columbia have similarly followed suit and enacted related legislation. Furthermore, the governors of Arizona and Massachusetts have issued executive orders related to autonomous vehicles and their use on the public roads.

WIRED reports “the Wolverine State just became one of the first in the country to formally give the thumbs-up to autonomous cars on public roads, with no driver in the front seat.

“Friday, Governor Rick Snyder put his signature on bills permitting automakers to operate networks of self-driving taxis in the state. The legislation reverses a 2013 law that required autonomous vehicles to have a backup driver aboard.” – WIRED

Of course, if you think about the fact that three of the biggest automakers are located primarily in Michigan, it makes a lot of sense that this state would be leading the charge in step with the auto industry. It also gives the state an opportunity to capitalize on this nascent opportunity to create revenue surrounding this new technology as early as possible.

Which Companies are Working on Autonomous Cars?

The list of companies in hot pursuit of this newest wave don’t just include the big three mind you.

As you’ve probably heard, Apple, Google, Microsoft, Uber and Lyft are also investing heavily in this, and we can expect to see more from them in 2017.

A few additional and less obvious contenders include: BaiDu, Bosch, Delphi, Iveco, Mobileve and a number of other international organizations.

Here’s a complete list of the companies pursuing autonomous automotives.

So What Happens Next?

Time will tell, but watch for the autonomous car to start it’s long and arduous task of edging out traditional cars this year (2017). While 2016 was the year that driverless cars started to gain real estate in the mainstream press, 2017 is the year in which it will start to gain real estate on the actual roadways of America.

We’re excited about this upcoming future. We’ve already been contracted to provide Versatek equipment for autonomous cars, and are looking forwards to more upcoming projects on this front.