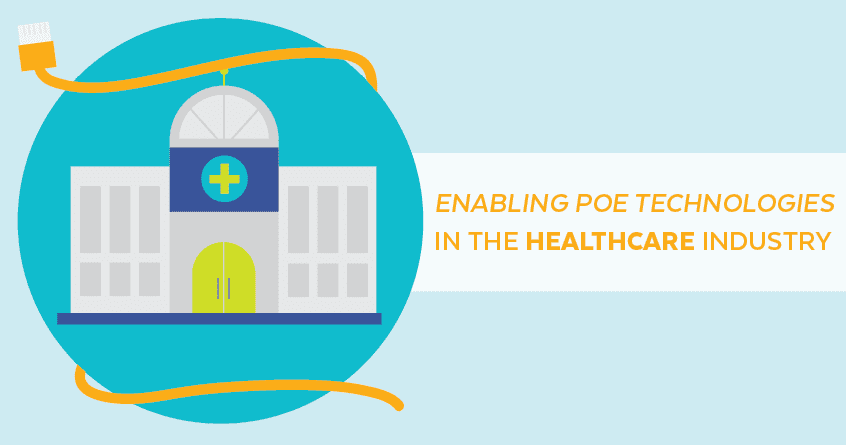 The rate of progression in the medical field is increasing exponentially – new technology is emerging all of the time, and with IoT (Internet of Things) on the rise, automation is making its way to medicine as well.

In fact, IoT in healthcare is taking off, as hospitals and senior living centers around the globe are beginning to use smart healthcare with IoT to better operate their facilities. Using IoT – powered by PoE – keeps patients safer and more comfortable than ever before.

In addition, PoE surveillance systems help to keep healthcare facilities safer, both inside and out.

Benefits of IoT in the Healthcare Industry

Healthcare providers are always trying to monitor patients to the best of their ability. They want to make sure patients are as comfortable as possible while providing the best treatment at the same time. 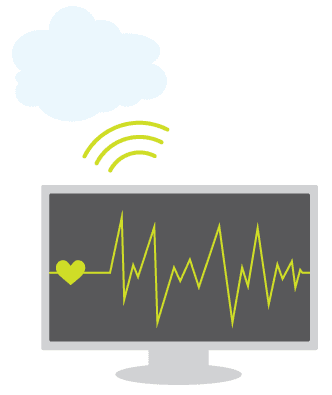 Thanks to IoT, doctors can make faster, more accurate diagnoses – which, in some extreme cases, can mean the difference between life and death.

Data collected from IoT devices can be used to help doctors diagnose a problem more quickly – in the same way, the data can also be used to base treatments off of predictive-analytics.

Looking to the future, there will be more personalized treatments for patients thanks to IoT data.

Even little things in a hospital – including its lighting – can have a big impact on a patient’s experience. PoE lighting is now being used to illuminate technologically progressive hospitals, but only when necessary.

For instance, hospitals can be nerve-wracking by themselves; if the room lights up every time someone walks in or out, it can be hard to sleep and even more stressful than the experience should be.

IoT coupled with PoE lighting can be programmed to make the environment more comfortable for the patient when they’re sleeping, and less distracting as well. Rather than turning on at full blast automatically, patients will only be exposed to dim lighting (only what’s necessary) while they’re trying to rest.

Hospitals and nursing homes could even program the lighting to turn on when patients leave their bed in the middle of the night to use the bathroom, and turn off again when they lay down again. The possibilities are endless.

A well-rested patient is happier, healthier, and less stressed out as well.

Healthcare providers can assign zones to each part of the hospital, and even track individual personnel in the building. This is only the beginning of IoT security use cases.

PoE and Healthcare Use Case

All of the IoT devices that must be connected to the hospital’s network also need a power source. Rather than routing two cables – one for power and one for data – to every IoT device in the hospital, PoE is used to cut costs and increase efficiency.

The former option is far too expensive and quickly becoming a way of the past. 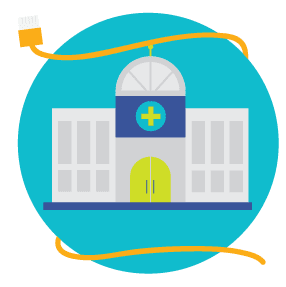 In a hospital especially, it’s imperative that data is transmitted reliably. If doctors can’t access vital information due to system failure, people could die.

That’s why PoE is a great fit:

Actually, PoE makes it easier than ever to reap the rewards of IoT in healthcare due to its simplicity; both installing and using PoE is relatively simple. The hardest part is running PoE cables from your PoE switch to a powered device.

In the near future, everything in a hospital will be connected. From the second you walk in the front door, everything will be smoothly communicating, operating at peak efficiency. Every patient’s monitor will be sending data to a cloud which can be examined by doctors in real time, and the data can be used to determine what’s wrong with them.

For example, crash carts can be tracked via PoE’s asset tracking functionality. Staff will be alerted immediately when something is moved out of its designated zone in the hospital, ensuring everything remains in the right place at the right time.

Aside from equipment tracking, PoE asset tracking can be used to monitor staff as well. Each staff member will automatically be granted certain permissions according to their position in the hospital. Only top-level doctors can enter certain rooms, janitors can have access to janitorial closets, etc.

In senior living homes, falls are a huge concern. IoT technology can alert facility staff when a patient leaves their bed, doesn’t return, and there isn’t any other motion detected for an extended period of time. This will make response times quicker and senior living homes safer.

As you can see, PoE opens up the door to a whole new world of possibilities, especially in the healthcare industry.

PoE is a simple, cost-effective way to upgrade your healthcare facility’s technological infrastructure, getting it ready for the future.

Technology is advancing at an exponentially increasing rate. IoT and automation are the future of many industries, healthcare included.

Rather than having to route two cables to each IoT powered device on the network, PoE can be used to supply data and power to every device in a healthcare facility in a cost effective manner. Only a network using PoE will be ready for the coming technological revolution of the 21st century.

Will you be ready?