HomeFeatured Posts Ethernet Standardization Evolution Will Be Far from Linear 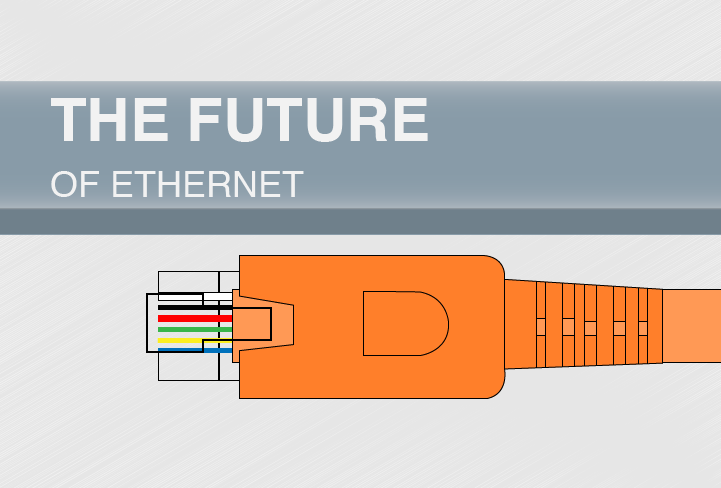 The Ethernet Alliance has revealed a standardization road map indicating that by the end of 2020, a total of 6 new standards will support the growing demand for bandwidth in residential, enterprise, and data center environments.

This handful of standards indicates that the evolution of Ethernet has strayed from the once linear tenfold pursuit of accelerated speeds.

Ethernet As A Brand of Innovation

In his 2013 Technology Exploration Forum, Robert Metcalfe, Inventor of the Ethernet, revealed that he perceived Ethernet as a brand of innovation that was founded upon the “Build It and They Will Come” business model. The 802.3 Ethernet working group has been building standards ahead of its requirements since its inception in 1983, when the standard was originally designed to support 10 Megabits per second (Mb/s). But last year’s standardization agenda showcased a greater sensitivity towards the more immediate needs of certain networking environments and their budget constraints.

This has caused the evolution of Ethernet to branch out into different networking speeds to suit the demands of distinct Ethernet environments.

This new trend is due to the myriad of applications that Ethernet has been able to unexpectedly support. John D. Ambrosia notes that Ethernet initially supported connectivity among computers, printers, servers and other devices inside a LAN (Local Area Network) but since then, Ethernet has been able to support unexpected technologies such as “subscriber access, cellular backhaul, power infrastructure, smart meters, personal medical devices, the Internet of Things (IoT), connected cars”.

The 2015 Ethernet Roadmap does not suggest that the Ethernet standardization body will interrupt its pursuit of standardizing increasingly faster rates, but rather that the linear evolution of Ethernet will be superseded by the new demands and changing applications of the different Ethernet environments. IEEE’s 802.3 Ethernet working study group is currently standardizing 2.5 Gb/s, 5 Gb/s, 25 Gb/s, 50 Gb/s,  and 400 Gb/s Ethernet. 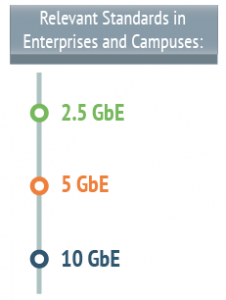 The Ethernet topology in enterprises and campuses consists of desktop computers, Voice over IP Phones (VoIP), surveillance cameras, wireless access points (WAPs), as well as other customer premise devices.  Power over Ethernet (PoE) in these environments has proven integral in providing connectivity to PoE-capable equipment such as Voice over IP Phones and surveillance cameras— equipment whose deployment would otherwise be restricted by the location of power outlet sources.

Residential and consumer environments also rely on Ethernet to connect desktops, laptops, fax machines, media centers, appliances, and even IP surveillance cameras. Not to be overlooked, the residential sector is positioned to experience greater Ethernet usage as the Internet of Things (IoT) and smart appliances continues to percolate into homes. The latest WAP standard, 802.11ac, will further increase the demand for 2.5GbE and 5GbE. Even the residential sector will influence the demand for 2.5GbE and 5GbE with the growing popularity of smart appliances, the Internet of Things and media centers becoming more bandwidth-hungry with 4k television displays. 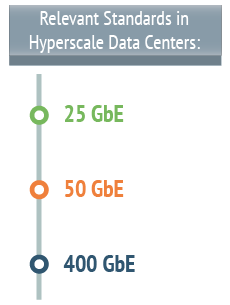 25 GbE technology will provide an eco-friendly solution that will yield a “lower cost per bit than 10 GbE” as outlined by TechTarget. The single-lane technology is well underway to become a finished standard as previous efforts made to standardize 100 GbE relied on four 25 Gb/s lanes to to achieve its data rate.

Service providers, including Telecommunications companies and Cable TV companies are innovating their network architectures while maintaining their existing copper lines with Hybrid Fiber networks. These companies “deploy MANs and Wide Area Networks (WANs) to deliver a variety of services including Carrier Ethernet.”

But the fact is that true innovation is occurring within varied application spaces at lower speeds.

Staying Ahead of Tomorrow’s Needs

Innovation in these four different sectors confirms John D. Ambrosia’s observation that “true innovation is occurring within varied application spaces at lower speeds” and will influence the Ethernet’s standardization community to  simultaneously pursue accelerated speeds and slower speeds in order to future-proof networks and address current networking environments as well.

Tenfold exponential increase of Ethernet standards will now be replaced by the speed requirements in the consumer, enterprise, hyperscale and service provider sectors. As these niches begin to require specific rates, standardization might be more spear-headed by individual consortium as shown by the NBASE-T and MGBASE-T consortiums who have been working in standardizing 2.5 GbE and 5 GbE.

Don’t forget to join us on Linkedin, Twitter, and Facebook for the latest news in the computer networking industry.