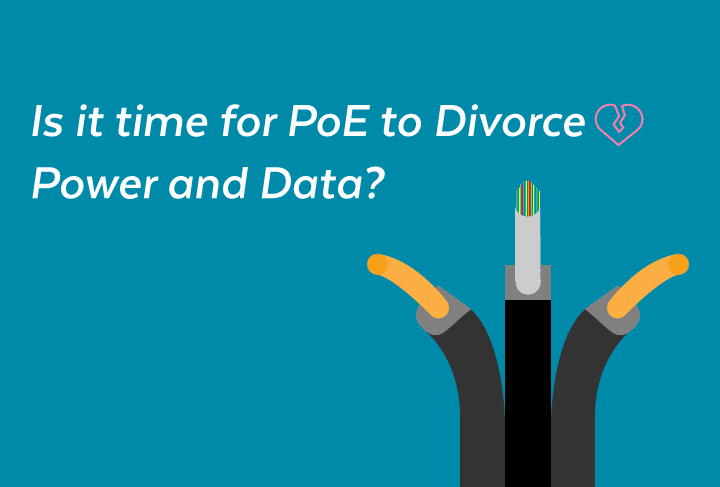 Power over Ethernet (PoE) is known for its simultaneous transmission of power and data using twisted pair copper, but will the search for faster speed rates influence the separation of data and power?

Copper has the ability to transmit power to longer distances; however, the range of PoE is limited by copper’s inability to transmit data to ranges that exceed 100 meters. Optical fiber can transmit up to 100 Terabits per seconds.  Copper cables are able to transmit gigabit speeds and up to 10 Gbps with newer networking cables such as Cat6 and Cat7.  For the time being, 10 Gbps transfer speeds are sufficient for even the most data-hungry Internet users. Nonetheless, optical fiber easily surpasses 100 meter distances. Fiber cable systems with new powered fiber cables can achieve up to 3,000 meters. 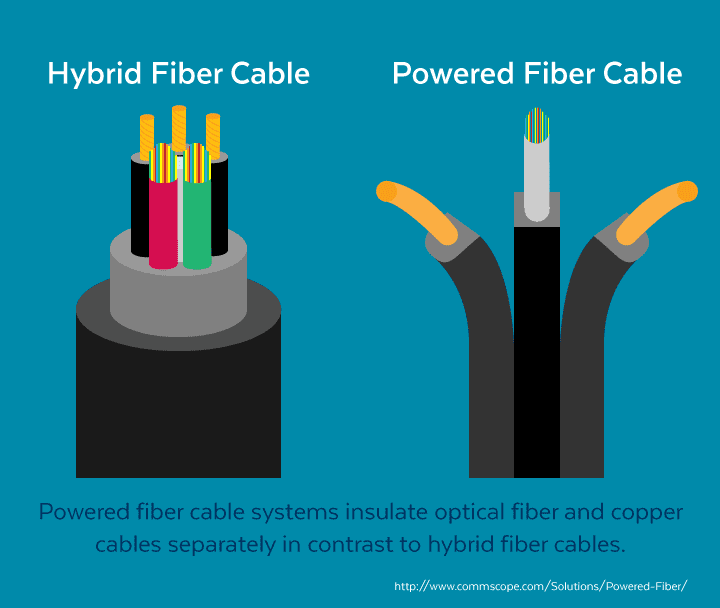 Though the solution can’t exactly be described as Power over Fiber, the optical fiber and copper cabling run alongside each other and leverages the same benefit that PoE provides—the ability to deploy powered devices at any location without having to rely on local power supplies.

The ability to install devices without relying on local power supplies, along with its simple ‘plug-and-play’ installation, makes PoE an essential component of networking topologies. But PoE faces a standard 100 meter limitation which forces network administrators to rely on additional equipment such as PoE extenders and media converters to extend network connections beyond Ethernet’s standard 100 meter limitation.

This new breed of PoE extenders will eliminate the need for additional extender kits and simplify network connections.

Leveraging the Power of Copper and Fiber—Separately

Electrical Engineer Bill Schweber observes that the effectiveness of powered fiber systems stems from separating optical fiber and copper. He remarks that the simultaneous transmission of power and data in standard networking cables “require significant “negotiation” and confirmation between the source and load, between intervening ICs and, in order to assure that power is available and acceptable by a peripheral, that there are no conflicts in hardware or software.” Powered fiber cable systems eliminate power negotiations and reserves optical fiber for data transmission and copper wiring for power transmission.

The electrical engineer comments that “PFCS [Powered Fiber Cable Systems] seems to me to be a clever scheme, since it leverages the advantages of each medium (optical+copper, PoE) without either one getting in the way of the other one, and the associated complexity.” Schweber concludes “that by using the long run of copper just for power and not for data, the technical difficulties will be reduced while the performance will be more consistent and easier to manage”. Separating data and power allows copper to deliver power output ranges that exceed the current 802.3at standard of 30 watts. And optical fiber speeds will be able to deliver transmission speeds that surpass 10Gbps to future powered devices. 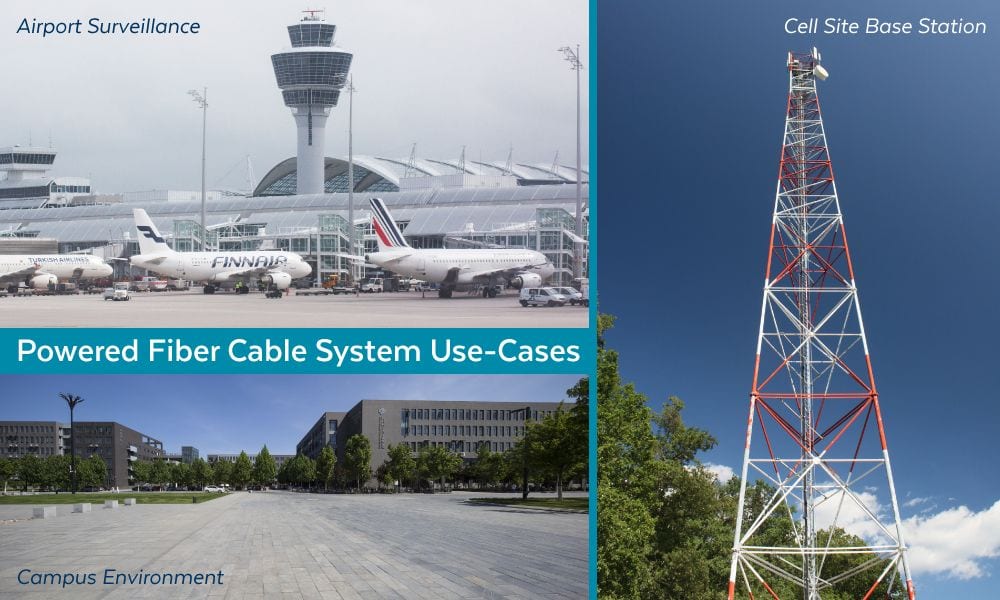 It’s highly unlikely that IEEE will divorce Power from Data when it comes to PoE. PoE is ideal for home and enterprise networks, even with a 100 meter Ethernet limitation. And in the cases where powered devices need to be installed beyond 100 meters, there are a myriad of PoE extender options such as fiber media extenders, UTP Ethernet Extenders, and coaxial cable extenders for example, that effectively bypass the limited distance and preserve speed.