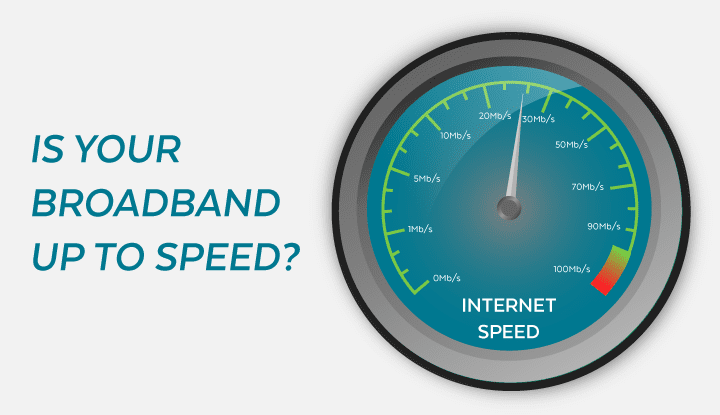 Last year, FCC Chairman Tom Wheeler redefined broadband, raising the qualifying speeds from 4 Mbps DS/ 1 Mbps US to 25 Mbps DS/ 3Mbps US. This new standard toppled the once promising statistic that upheld that “99% percent of Americans had access to broadband speeds”. The FCC’s new definition spawned a new statistic that revealed that “two-thirds of U.S. households, lack the choice of more than one ISP at speeds of 25 Mbps or greater”. These new figures expose the grave state of the internet in rural areas that have a low subscriber density—a market segment that telecoms choose to ignore due to a low return of investments. 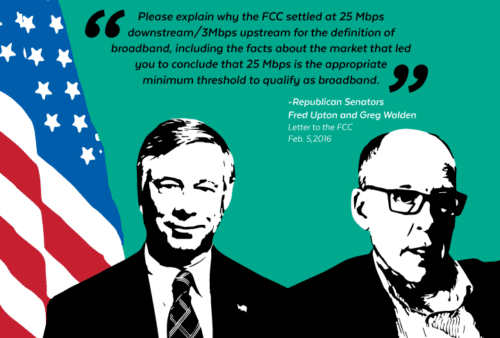 Republican Senators Fred Upton and Greg Walden recently issued a letter to the FCC protesting that the FCC is overstepping their domain of authority. The letter protests that the FCC’s goals are too vague for telecoms to effectively address. The senators dispute that 25 Mbps appears like an arbitrary figure and challenges the FCC to justify the new minimum threshold—citing that Netflix and Amazon merely recommend 5 Mbps for their streaming services.

Tech Dirt construes that the “senators don’t really care about technical specifics [and that] they’re just blindly echoing the broadband industry’s annoyance that the FCC is now actually highlighting the lack of broadband competition in the market.”

Telecom companies are more likely to form regional monopolies in areas that have low subscriber densities. Many phone companies like Verizon, are attempting to shed their DSL lines and oftentimes sell their wireline liabilities to smaller telecom companies. Verizon recently sold its wireline properties in California, Texas, and Florida to Frontier Communications. But when service providers withdraw their DSL services altogether, local subscribers are left with no choice but to subscribe to their local cable carriers  and accept the Internet Service Packages (ISPs) that they’re offered. Telephone companies have also been accused of allowing their copper cables to deteriorate in an effort to justify replacing them with fiber.

America’s high-speed broadband lags behind in countries such as South Korea, boasting average broadband connection speeds of 20.5 Mbps, and Sweden which averages connection speeds of 17.4 Mbps. Even though these areas are geographically smaller in comparison to the U.S., the annual Broadband Access Report reveals that a jaw-dropping 20% of Americans still don’t have access to broadband as defined by the FCC.

But ISPs cause for concern is also due to DSL’s inability to consistently yield 25 Mbps. DSL speeds vary upon several factors including distance, the quality of copper cables, the type of xDSL technology used, and unique noise environments. VDSL2 and ADSL2 connections are cost-effective solutions for ISPs, especially for rural areas that may only have a handful of subscribers. But it’s difficult for VDSL2 and ADSL2 lines to reliably achieve the new broadband rates. ADSL2 can yield speeds of 25 Mbps at its source but speeds begin to attenuate after the first kilometer. VDSL2 technology on the other hand, can yield speeds of up to 100 mbps at its source but exhibits the same performance as ADSL2+ after the first 2 kilometers. In order to properly fulfill the new standards, it would entail ISPs to deploy fiber in these areas. It’s not difficult to see why ISPs are fighting back. It would not make economical sense to deploy fiber in areas that only have a handful of subscribers.

But Why Associate the Internet with Egalitarianism?

In an effort to improve the state of the Internet, the Connect America Fund aims to bring reform that “will not only drive economic growth in rural America, but will expand the online marketplace nationwide, creating jobs and businesses opportunities across the country”.

The Internet has become a treasure trove of educational content and economic opportunities and gubernatorial action is necessary to close the connectivity gap between urban and rural areas.

Former Hewlett Packard CEO and former presidential candidate Carly Fiorina has been known to voice her belief that: “technology is the great leveler. Technology permits anybody to play. And in some ways, I think technology- is not only a great tool for democratization, but it’s a great tool for eliminating prejudice and advancing meritocracies.”

The FCC itself has experienced the ramifications of political action taken in cyberspace firsthand. When John Oliver’s Last Week Tonight brought to light the battle for net neutrality to viewers, he beseeched them to take to the FCC’s forums to protest the new regulations that would allow ISPs to reserve faster Internet lanes to higher-paying customers. 22,000 obedient supporters flocked to the forums and even crashed the FCC’s servers with to the high volume of visitors. The ‘Internet Slowdown Day’ virtual protest, was another pivotal event that showcased the power of a virtual protest.

Do you think the new 25 Mbps standards is fair for ISPs?

Read “What Net Neutrality Really Taught Us about Political Power and Technology” to learn more about the political efficacy of virtual protests.

–What Net Neutrality Really Taught Us About Political Power and Technology