What is a Media Converter? 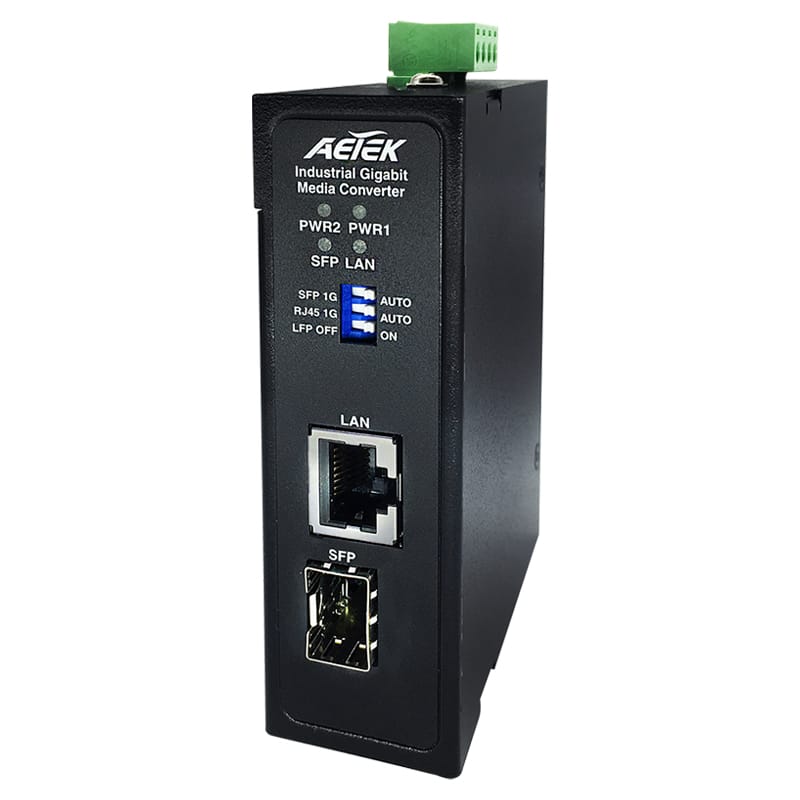 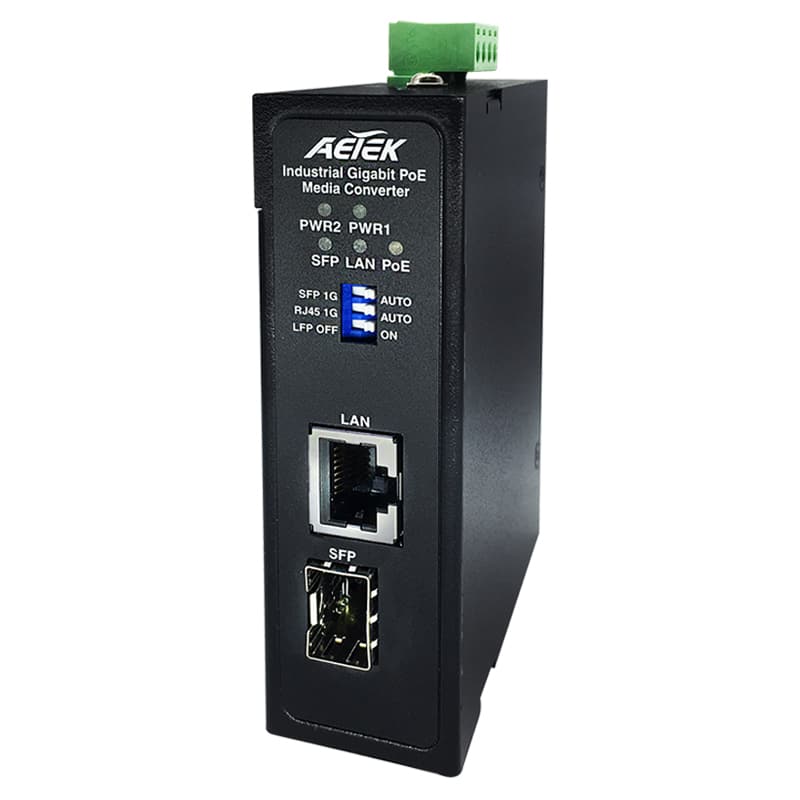 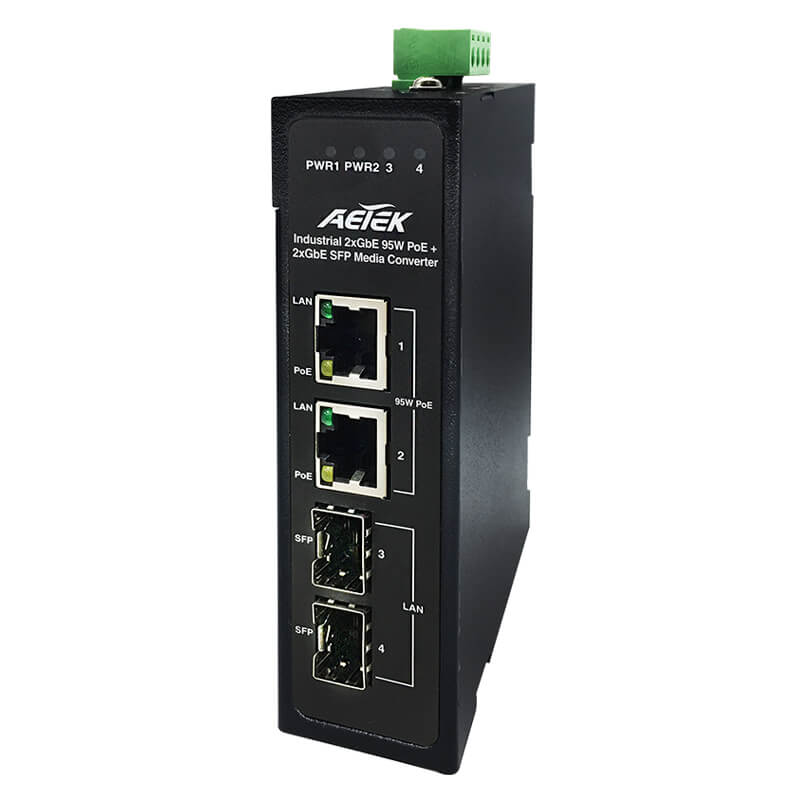 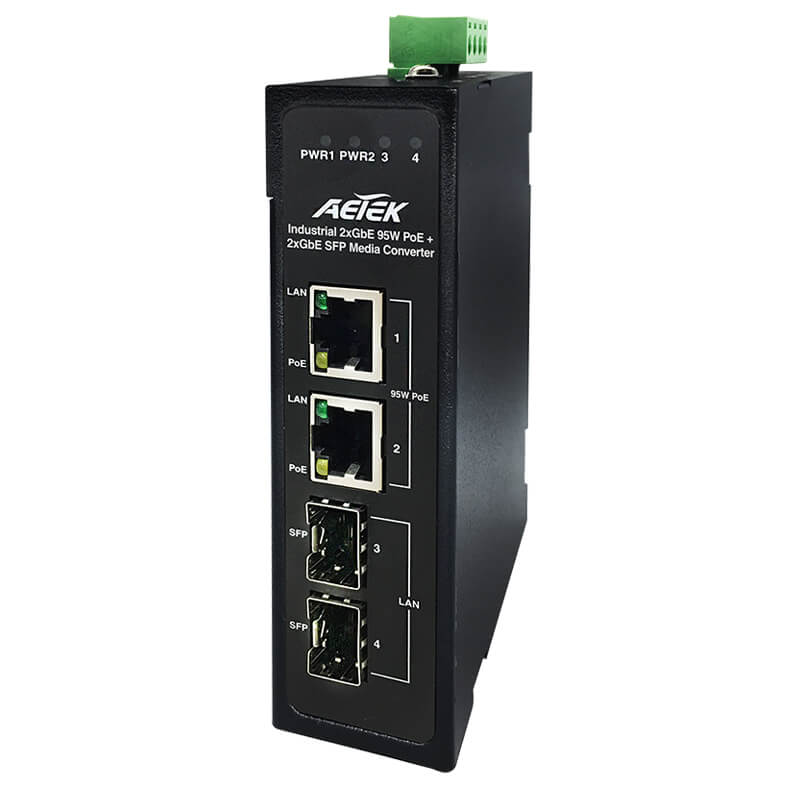 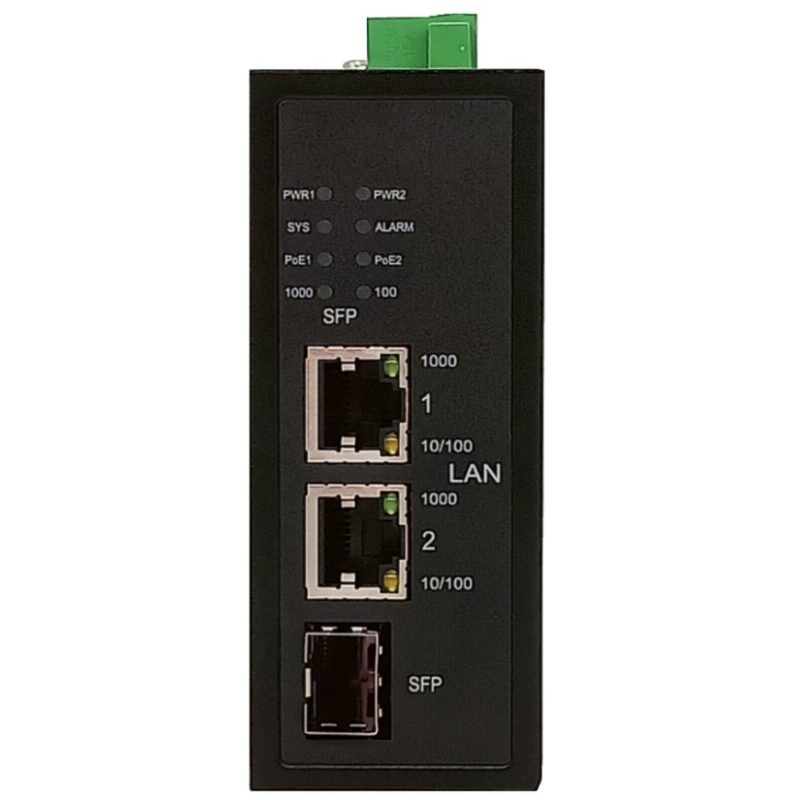 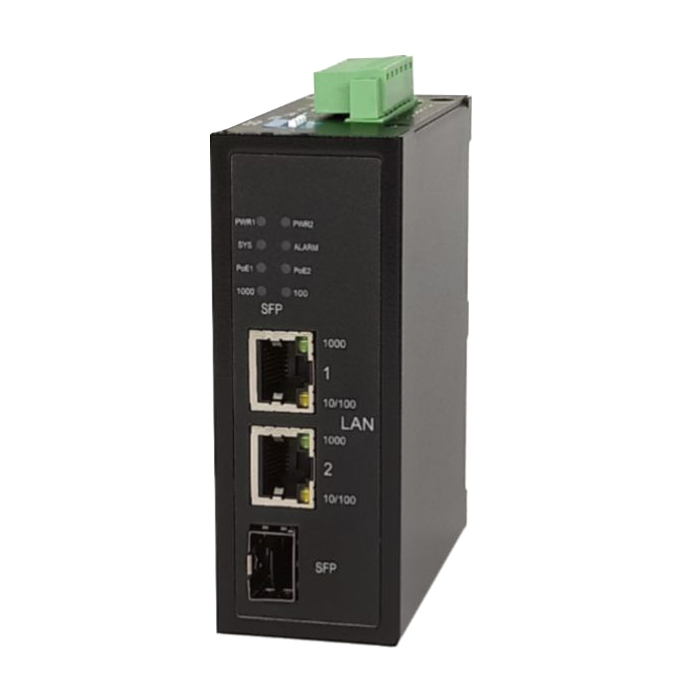 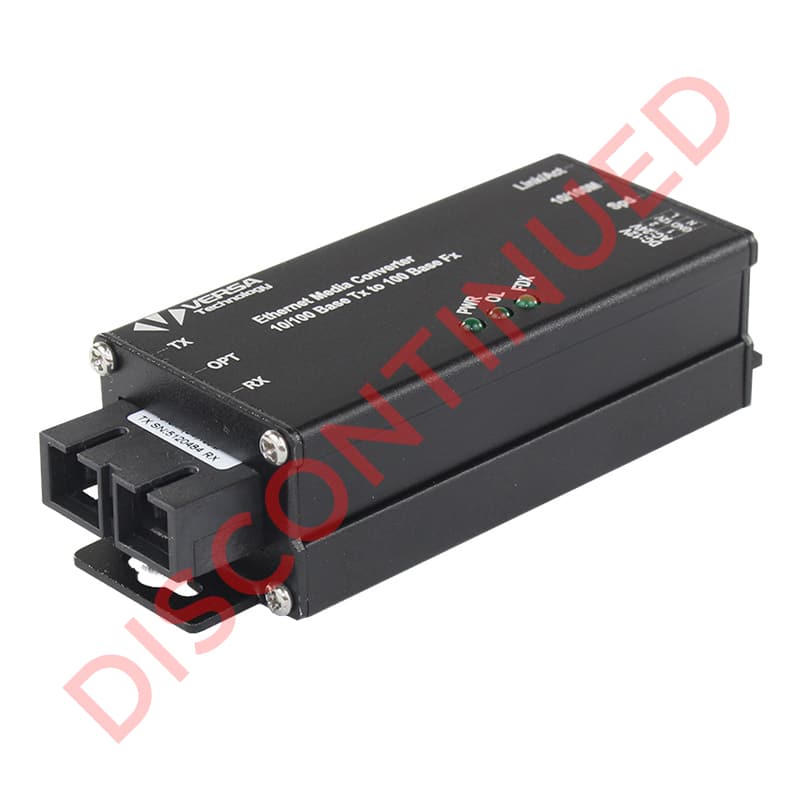 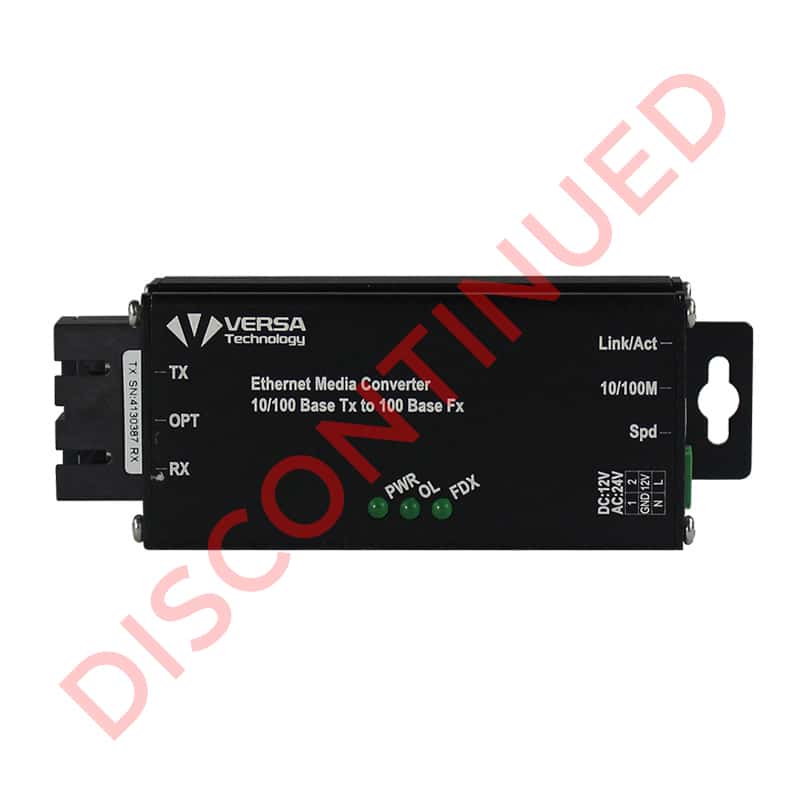 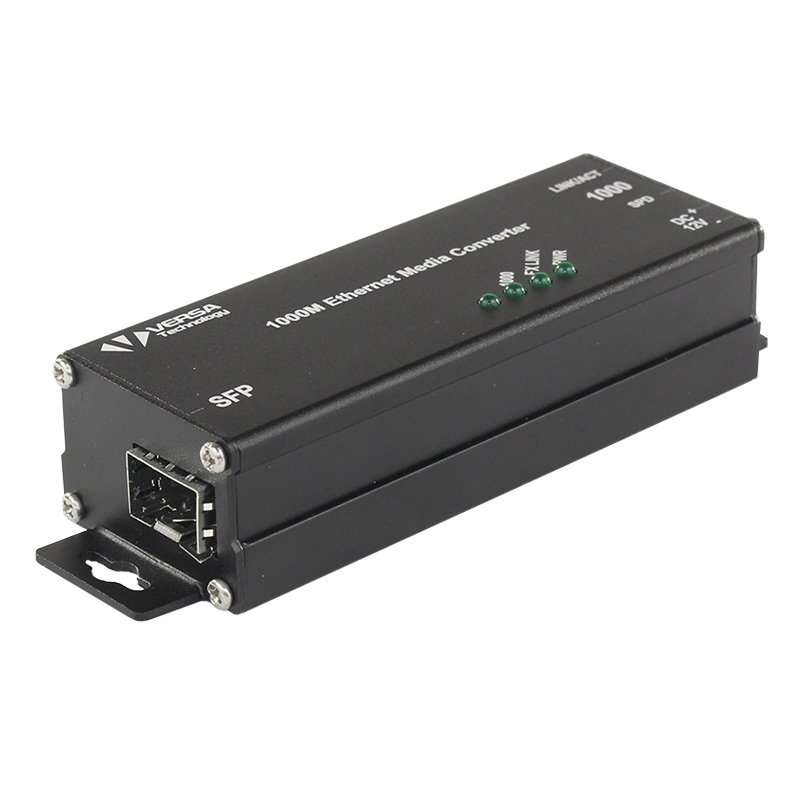 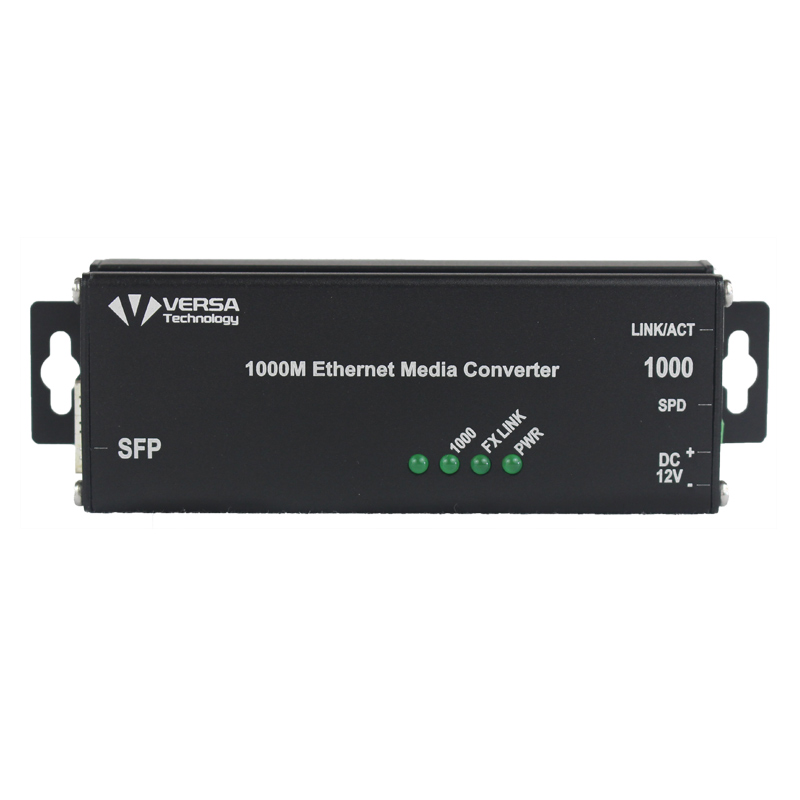 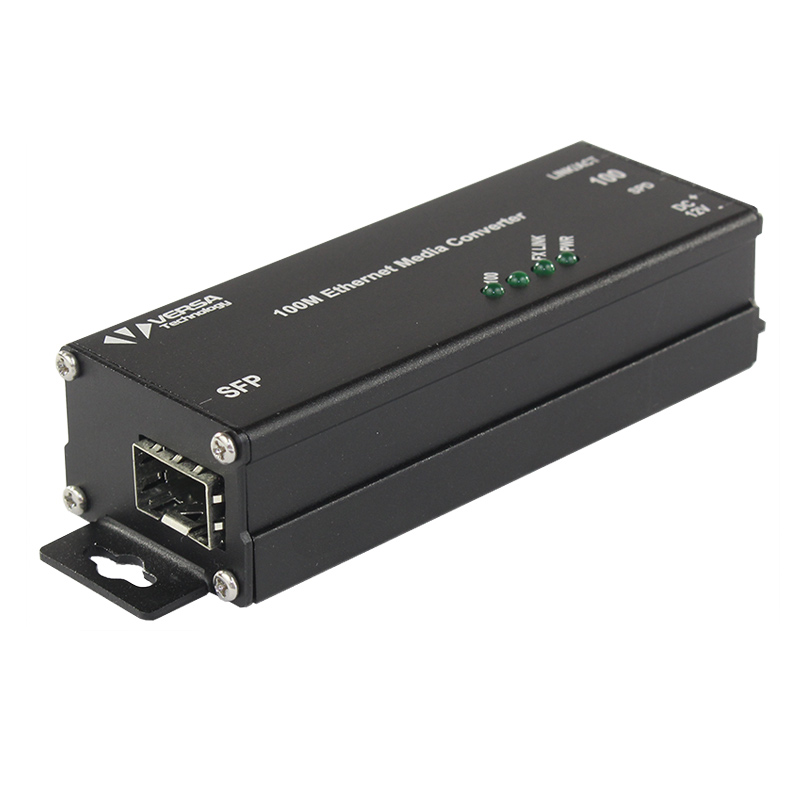 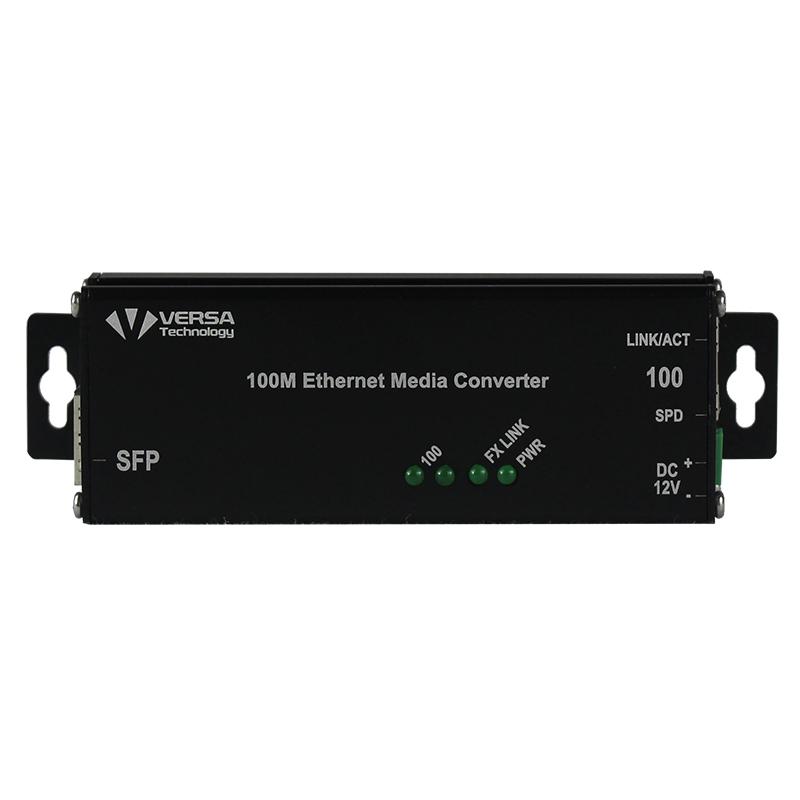 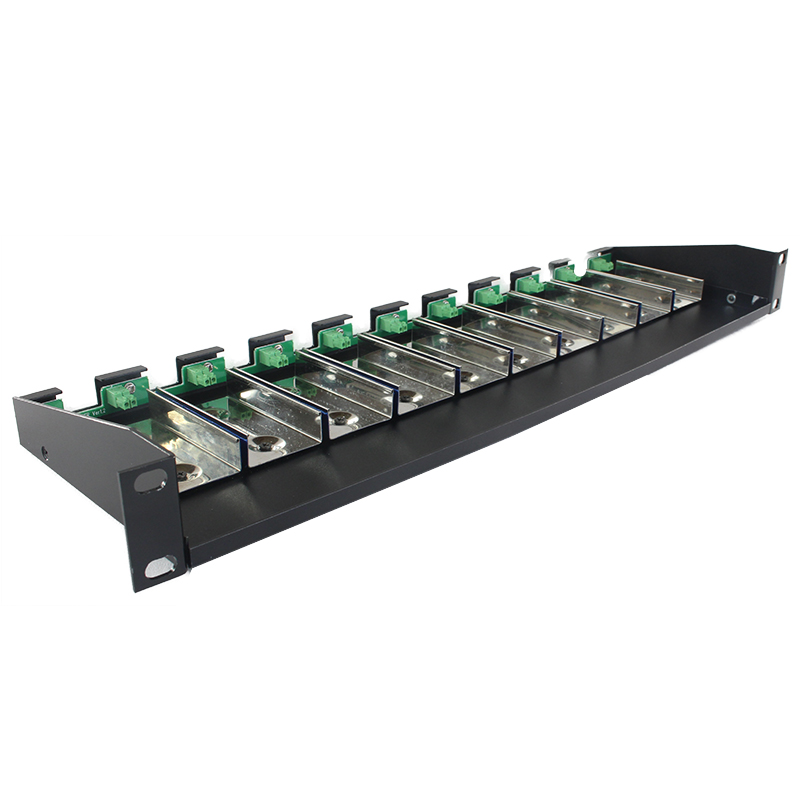 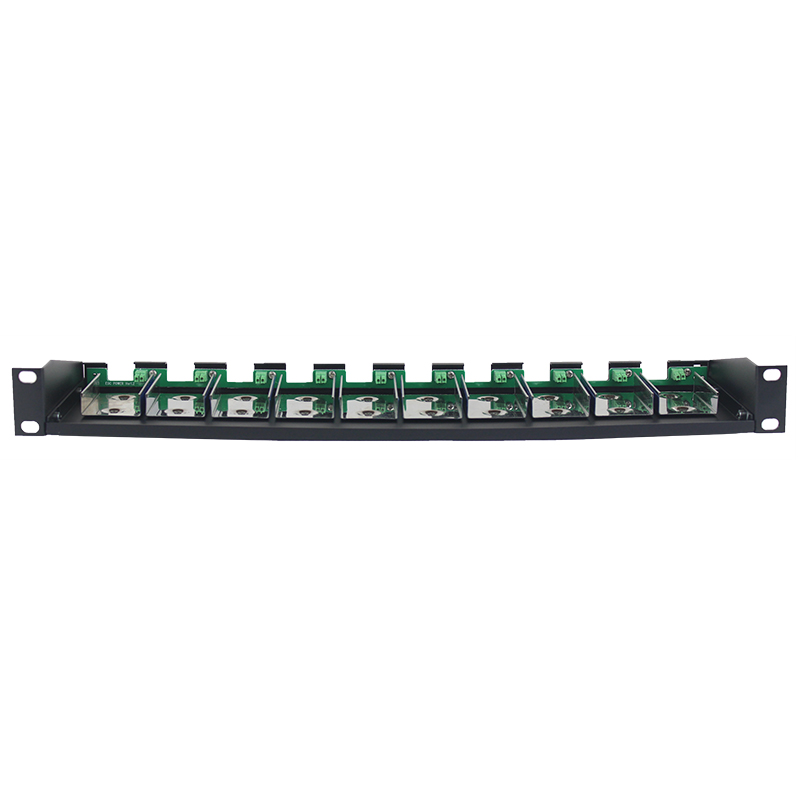 1. What is a fiber media converter?

3. What is a PoE media converter?

Power over Ethernet media converters offer power and data over a single cable AND a copper-to-fiber solution to PoE-compliant devices, such as IP cameras, VoIP phones, and wireless access points (WAPs).

4. Are media converters suitable for government use?

IT professionals are constantly urged to provide faster data transmission over longer distances. The media converter has a vital role in solving these network interconnection challenges. This article defines what a media converter is, what types are available, and how to use them.

A media converter (also known as a fiber media converter) is a networking device that converts all types of networks from one cable type to another—usually, copper Unshielded Twisted Pair (UTP) to fiber. This flexible and low-cost piece of equipment is often used in pairs to insert a fiber segment into a copper network to increase the cabling distance. Typically, it connects powered devices (PDs) located beyond 100 meters from the nearest switch.

A media converter typically has two ports—one port is equipped with a copper interface, while the other has a fiber interface. The distance extension is achieved using a fiber connection from the switch and a media converter to connect to the PD. As a result, the network experiences the extended connection as just another Ethernet link like any other. However, the newly established longer reach means expensive new switches do not need to be added to the system.

Why Media Converters are Important

Most switches contain copper Ethernet local area network (LAN) ports. These copper-based ports connect PDs within a range limit of 100 meters (328 feet). This network design works well until it requires a PD to be located more than 100 meters from the switch. For example, a wireless access point (WAP) needs to be placed in an outdoor area, or a surveillance camera should be installed. A media converter is the perfect solution for situations like these.

Other Features of the Media Converter

Media converters are not only economical but are also highly versatile. In fact, they are often called the “Swiss army knife” of networking. Other features include:

The Benefits of a Media Converter

Enterprise networks can become quite complex. They seem to need an ever-growing number of devices and require more bandwidth, higher speeds, and more extended distance connectivity. Media converters provide solutions to these types of challenges. They support a wide variety of protocols, data rates, and media types that assist in the creation of reliable, cost-effect networks. Media converters have many benefits for the 21st-century business, such as:

PoE media converters use Power over Ethernet (PoE) technology which transmits both power and data over a single Ethernet cable simultaneously. PoE media converters are also used to connect and power remote network devices such as wireless access points (WAPs) and security cameras.

The term “enterprise network” signifies an IT infrastructure that serves the goals of midsize to large organizations. Thus, enterprise media converters are designed to meet the connectivity needs of these more extensive networks by enabling them to extend the network range using existing network infrastructure. Enterprise media converters are available in both standard and mini sizes.

Micro media converters (also known as mini or miniature) are simple, cost-effective, and compact. They integrate copper and fiber equipment in a network infrastructure. This device’s small size makes it quite popular in large network environments.

Features to Consider When Choosing a Media Converter

Commercial media converters are used in office and data center applications. They enable the extension of a network’s distance while optimizing the performance of copper-based equipment. However, these media converters are not suitable for harsh or rugged environments.

There is some confusion between the media converter and a network switch. This is understandable as these two devices have something in common: They can connect with copper and fiber optic cables. However, these devices play different roles and even often work together in an Ethernet network.

Fiber media converters are most often used to extend a network over the 100-meter distance limitation of twisted-pair Ethernet cables. In contrast, a network switch has multiple ports that enable different PDs to communicate within a LAN. In other words, a network switch expands the number of PDs in the network. In addition, they control the data traffic between the PDs.

As previously mentioned, copper-based Ethernet transmission has a distance limitation of 100 meters. The media converter and Ethernet extender are both viable solutions for the challenges of extending network reach beyond 100 meters.

But, how are they different?

Media converters use copper-to-fiber conversion or fiber-to-fiber connections to extend the reach of networks. Fiber media converters add fiber cabling to legacy copper cabling systems—therefore, extending the life of existing cabling while adding new technology and network updates. They are typically used to connect telecommunication room switches to workstations in a large facility.

Ethernet extenders significantly decrease the amount of labor and cabling involved with the installation. And while media converters produce the best performance for long-range networks, they are much more expensive than Ethernet extenders.

Media converters are essential and cost-effective networking devices used in every sector imaginable. These include: