HomeNetworking G.Fast Chipsets Give Copper a New Lease on Life 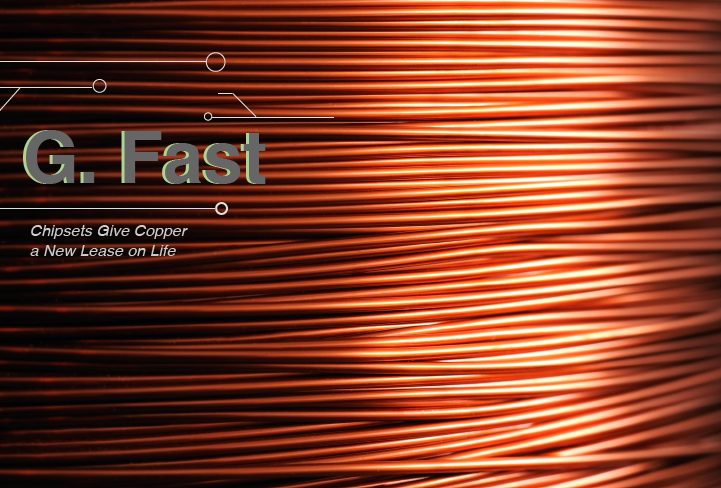 Internet Service Providers (ISP’s) will have an opportunity to bring their customers faster internet speeds with G Fast chipsets. The DSL chips deliver Gigabit speeds to the last 250 meters over existing copper wires. Because speeds attenuate after about 300 meters, G Fast will work optimally in hybrid broadband network architectures with Fiber-To-The-Node (FTTN) applications. This makes it possible for ISPs to deliver fiber-like speeds without having to dedicate a large investment in new equipment and bring fiber-like performance to the masses. 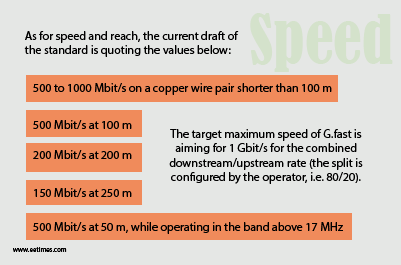 The Broadband Forum is expected to approve G Fast, also known as the G.9701 standard, by December of this year and the chipsets are expected to be commercially available by 2016. The non-profit consortium routinely defines broadband network standards and the DSL forum has chosen the New Hampshire Interoperability Lab (UNH-IOL) as the official testing site. The lab will also host a series of plugfests so that manufacturers can test for interoperability between their proprietary equipment and the new technology. The lab also grants its members access to their renown testing beds. This makes it possible for ISPs to deliver fiber-like speeds without having to dedicate a large investment in new equipment and bring fiber-like performance to the masses. 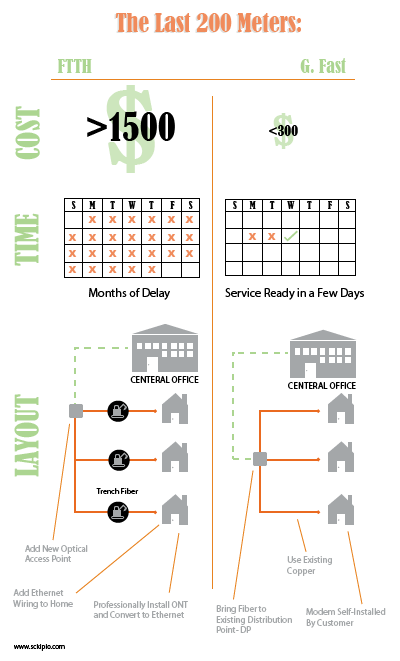 Manufacturers can visit the G. Fast consortium to participate in Broadband Forum’s G.fast Certification program and early bird adopters will be credited as founding members of the consortium.

Real world rates will fluctuate depending on the hardware. Lincoln Lavoi, staff engineer at UNH-IOL, explains that “excluding the 2 MHz to 17 MHz bands [for example]…allows [for the] co-existence with VDSL2 in the same binders, which… affect[s] the total bit-rate”. The new technology also uses wider bandwidth data rates “initially up to 106MHz with the possibility of expanding to 212 MHz”.

G Fast offers a partial solution for ISP’s that need to remain competitive but want to circumvent the heavy investment of fiber-to-the-home deployment (FTTH). ISP’s will still require fiber-to-the-node (FTTN) deployment, but the G Fast chip will give copper a new lease on life.

Information and Communications Technology Writer Doug Mohney, comments that Verizon needs to rethink their strategy having “basically written off copper…especially given the encroachment of faster DOCSIS cable speeds.  G.fast provides a bridge technology to deliver gigabit broadband speeds at a cost that more than cuts the difference between doing nothing and conducting a full-blown FiOS installation.”

Do you think advancements like this will continue to influence ISP’s to circumvent fiber-to-the-home deployment? Let us know what you think.
Leave us a comment below.