HomeFeatured Posts Behind the Obscure History of DSL 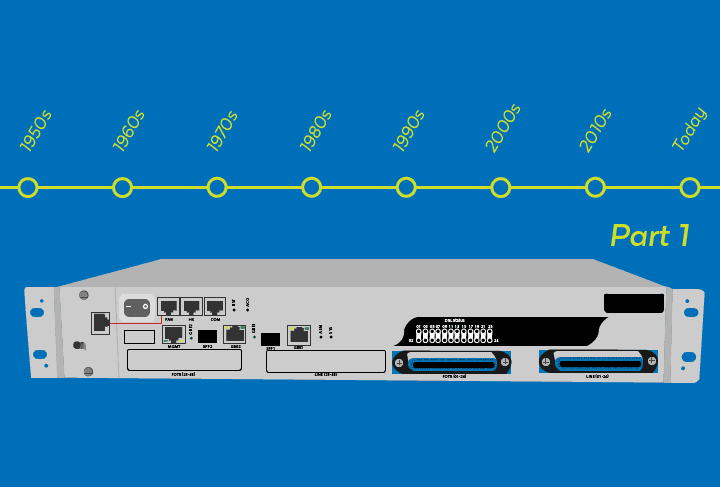 If fiber and cable provide faster data rate transmission speeds than DSL services, have you ever wondered why many ISPs offer DSL?

Why We Need DSL

Digital Subscriber Line (DSL) is a type of access technology that delivers high-speed data via legacy copper lines. Internet Service Providers (ISPs) will oftentimes opt for DSL technology to extend the life of legacy copper lines and forego costly infrastructure investments. This post is part of a three-part series that overviews the History of DSL, Different DSL Types, and Different xDSL Equipment Types.

Click here for Part II of the series which overviews the different DSL technologies available.

Telephone companies initially deployed copper lines to support a booming analog telephone industry.  But with the emergence of new communication modes such as cellular data and the Internet, the demand for landline phones plummeted. As a result, telephone companies pivoted into becoming ISPs and repurposed copper lines to deliver high-speed broadband.

But faster access technologies such as cable and fiber have caused DSL’s market share to steadily decline. According to TheNextWeb “DSL is the second-ranked access technology… At the end of June 2013, the 31 million DSL connections, or 34 percent of the fixed broadband market, lost 258,000 lines”.

The future of DSL faces a paradox —while deployments are declining, the demand to deliver faster speed via copper lines is on the rise. New copper transmission methods such as G.Fast have achieved up to 1 Gbps in laboratory settings. Evolving DSL technologies such as G.Fast will prolong the utility of the legacy infrastructure. In addition, copper cables can be paired with fiber to create Hybrid Fiber-Coaxial (HFC) deployments, a more cost-efficient alternative to Fiber-To-The-Curb (FTTC) deployments. Though DSL is a mature technology, DSL is by no means obsolete.

The History of DSL 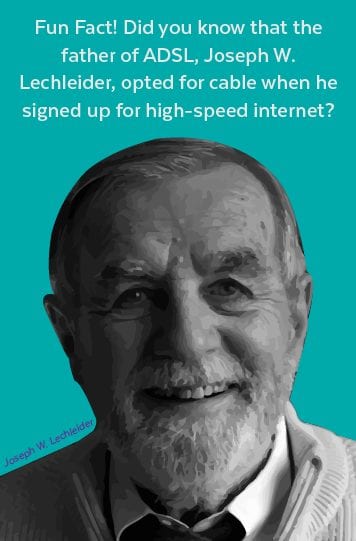 Once engineers discovered how to transmit digital signals via copper by using a higher frequency, they faced another setback — symmetrical download and upload speeds caused significant interference that delayed data transmission rates.

Joseph W. Lechleider, known as one of the fathers of DSL, became part of Bell Labs in 1955. But it was not until the early 1980’s that he proposed to unevenly allocate bandwidth between download and upload speeds. Now known as Asymmetrical DSL, the new technology significantly eliminated electrical interference in copper lines. Unfortunately, the invention failed to create viable competition for cable. Asymmetrical DSL had to wait until the dawn of the Internet to prove its utility.

That is when Joseph W. Lechleider’s invention finally came into play. ADSL allowed phone companies to retain a portion of their subscriber-base by boosting data speeds at a fraction of a cost if they were to upgrade to fiber or cable. At the same time, telecom companies did not have to invest in replacing their copper line infrastructures with other expensive (albeit faster) alternatives.

To find out more about the most popular types of DSL technology in use today, stay tuned and follow us on Facebook, Twitter, or Linkedin to receive updates for Part II of this series.