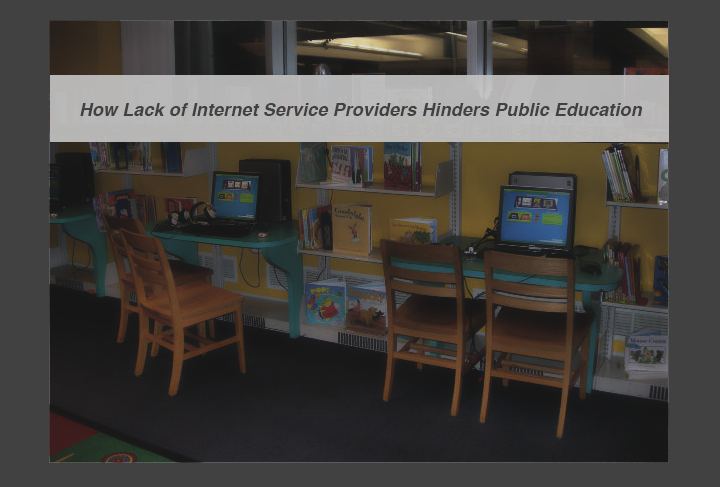 Healthy competition between Internet Service Providers (ISPs) has made it possible for countries like Hong Kong, Japan, and South Korea to offer some of the fastest internet at prices that turn American internet consumers green with envy. Hong Kong residents can surf the internet at 1Gbps speeds for just $26. The closest competitor to offer speeds of 1GBPS is Google Fiber currently charging a  rate of $70, but unfortunately, the service is only available in select cities. 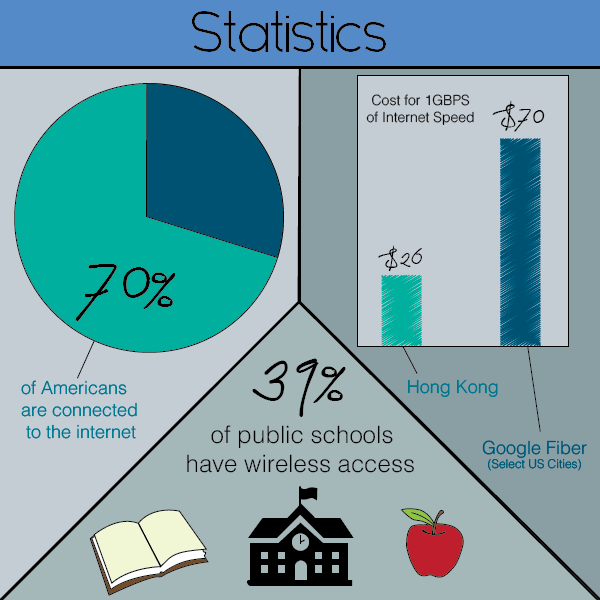 The Chairman of The Federal Communications Commission (FCC), Tom Wheeler, has addressed the issue in a recent speech he gave last week commenting on the lack of broadband competition. Tom Wheeler expressed his concern that: “competition is the most effective tool for driving innovation, investment, and consumer and economic benefits. Unfortunately, the reality we face today is that as bandwidth increases, competitive choice decreases.” Wheeler laid out the key tenets the FCC intends to follow to foster competition — to protect existing competition, to promote competition in areas that don’t yet exists, and most important for scarcely populated areas, the FCC promises to “shoulder the responsibility of promoting the deployment of broadband.”

The timing of the speech came approximately one week before the symbolic ‘Internet slowdown Day’. Many  websites posted an incessant ‘loading widget’ urging visitors to protest possible revisions to net neutrality rules that would allow Telco companies to charge extra fees for sending internet traffic down faster network lanes. The silent protest amassed a total of 3.7 million comments but the FCC has yet to make a decision.

While he directed his speech at Internet Service Providers (ISP), Tom Wheeler’s speech falls flat in the wake of the net neutrality battle with the FCC’s current consideration of “whether the new rules should be different for mobile and fixed line broadband.” The lack of broadband competition has made it possible for Internet Service Provider’s (ISP’s) to overcharge customers for subpar internet speeds, making it difficult for schools with an already tight budget to connect their students to the internet. 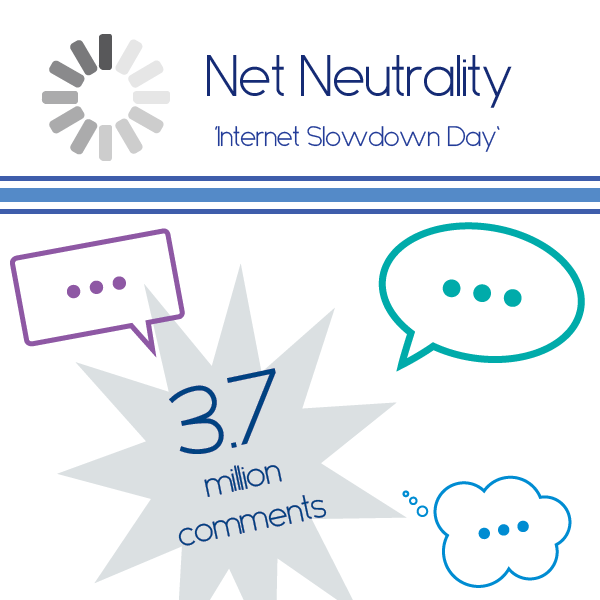 Public school figures yield shocking statistics that reveal that only “39% of public schools having wireless access”. Obama’s Connected initiative aims to ameliorate the need and hopes to connect 99% of American students to high-speed internet by 2017. The FCC has allocated a total of $2 billion to invest in the networking costs of public schools. While Sprint, Verizon, and AT&T have committed to donating a total of $300 million to support the initiative, the lack of competition among ISP’s have contributed to the steep costs for high-speed internet uses.

The FCC broaches this subject, with Tom Wheeler quipping that as soon as Google Fiber deployed its services in Kansas City and Austin, “the cable company responded with its own upgrade to gigabit service; in Austin, it was the telephone company that upgraded competitively with its own ultra-high-speed service”.

If the FCC decides to revise the current net neutrality rules and side with Telco companies, the decision will inadvertently impact American students. ISP’s inability to provide fast internet services at costs comparable to those available in South Korea, have made it difficult for schools with a tight budget to rely on the many educational resources available online. When compared to countries like South Korea, a technologically progressive country where education is highly prized, American students severely lag behind. Not only do schools in South Korea enjoy high-speed internet connectivity, but their teachers are trained to utilize e-devices as part of their curriculum. The need for more affordable high-speed internet connectivity is as much a social issue as it is a consumer issue.

Do you think the FCC will protect net neutrality rules? Join the conversation by leaving us a comment below.