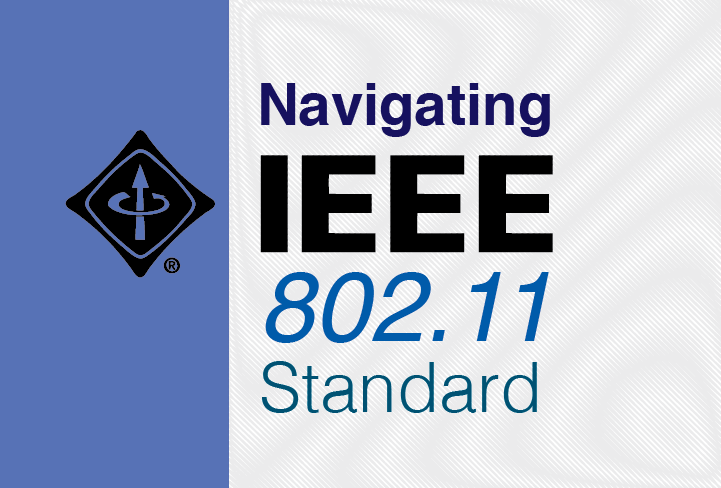 IEEE’s nomenclature of the 802 standard is not the most logical to navigate. April Miller, Technology Columnist for nwitimes.org’s Bits and Bytes stresses how the system does not even follow basic arithmetic rules. For example, the 802.1 standard is not to be confused with the 802.10 standard, even though the numbers share the same mathematical value.

A simple perusal of IEEE’s current working study groups reveals groups named with the same repeated values but which are only discernible by name. Online sources claim that IEEE based the 802 number on the year (1980) that they began working on the standards and the February month (2) to choose the name of the project.  But IEEE claims that “The project number, 802, was simply the next number in the sequence being issued by the IEEE for standards projects”.

Since then, IEEE’s 802 LAN/MAN Standards Committee has become a prominent authority figure that has  created the protocols that govern the specifications for the

The ratification of the 802.11 standard in 1997 (one of the most widely-used sub-standards for WLAN’s) along with the decreasing costs of Wi-Fi equipment, helped popularize the adoption of Wireless Local Area Networks (WLAN’s) in schools, businesses and homes. Prior to the ratification, vendors manufactured wireless equipment based on proprietary technology that did not necessarily guarantee interoperability with other products.

The following list, courtesy of nwitimes.org, arranges the permutations of the 802.11 standard by ratification data, frequency, maximum speed and indoor range: 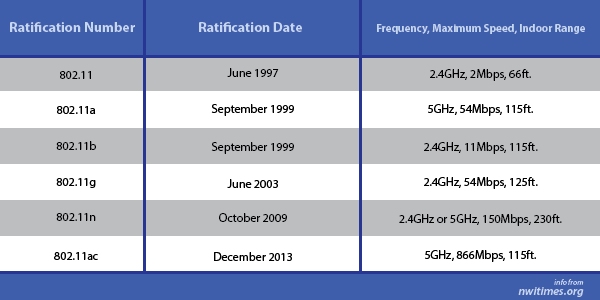 But it’s also important to not assume that a higher speed router, such as an 802.11ac router, will accelerate the speed of a connection with a computer that has an 802.11n Wi-Fi card.

Do you think the IEEE needs a better system to name their standards? Let us know what you think!