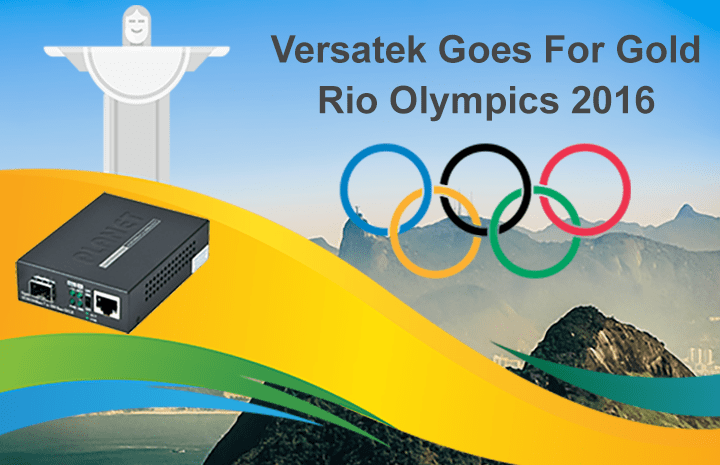 NBC Sports coverage for the 2016 Olympic Games just wrapped up. No stranger to providing production work for massive events like Rio, Jim Bell (Executive Producer) and his army of technicians and journalists have inserted both themselves and their equipment right into the middle of the action for 16 consecutive days and nights.

To get a sense of the enormity of the Olympics, here are some stats on this years Games:

Keep in mind, those numbers don’t include coaches, family and friends, media from 207 countries, or the tens of thousands of spectators who traveled to watch the games up close.

Speaking of media, if you’re curious about how many countries were broadcasting the games, here’s a small sample and a link to the complete list. 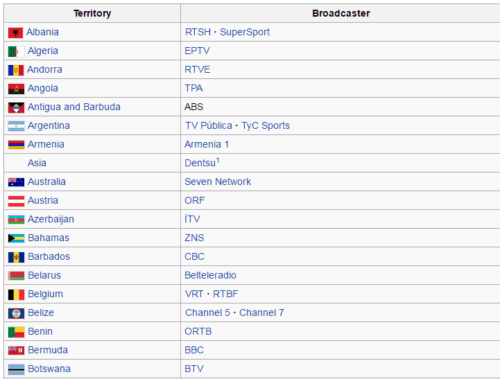 Production Demands for the Olympics

Fortunately for those of us viewing from afar, this year’s games saw a big spike in overall production quality. Viewers now demand more sophisticated technology than ever before – and certainly more than they did during the last games. This heightened expectation is due in part to the outstanding coverage of the fiftieth Super Bowl hosted in San Francisco earlier this year at Levi’s® Stadium.

It was during the Super bowl that CBS Sports first introduced EyeVision 360°, a revolutionary camera technology that allows viewers to see critical moments of the game in stop-action and from every angle.

Not to be eclipsed by any stretch, NBC Sports made good use of the exact same technology throughout their coverage of the Olympic Games. This was particularly useful during events like diving and gymnastics, where it enabled viewers to watch frame-by-frame replays and compare details like take-offs and landings from multiple angles.

The Super Bowl also introduced 5K resolution cameras and surround sound pylons on the field. These evoked a sense of “being right there” on the field for home audiences. Again, NBC Sports used similar technologies to deliver intimate moments in events like volleyball, where team members embraced between plays and cheered each other on at turning points and during tough moments.

As you would assume, an increased demand for high-resolution and high-definition signals means that the connectivity requirements will be higher as well.

They also filmed sailing and rowing competitions in the bay. To get an idea of what that looked like logistically, here’s an overhead map of the Games. 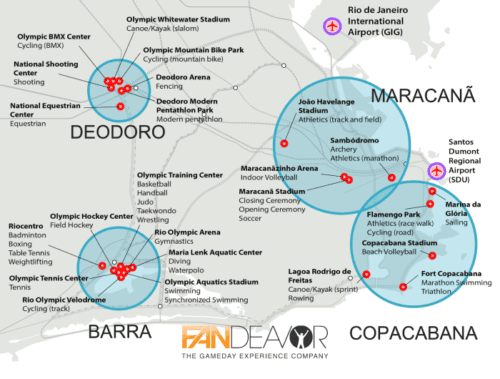 Coverage bounced back and forth between competitions, in-studio interviews, panel discussions, and on location reports.

When it comes to shooting live events, there’s no room for second takes. The stress free set and reset of cables is both critical and essential.

Quick turn-around times between competitions minimized disruption for the althletes.

Production crews were able to make this all happen seamlessly through the use of Media Converters. The NBC production team brought thousands of these units to Rio.

Networks have been using these units sometime for NFL coverage, it only makes sense that they would employ the same effective technology to cover Rio 2016.

The unit NBC used at the Olympic Games, available through PlanetechUSA, is the GT-805A. This model is a 10/100/1000 Base-T to 1000FX (SPF) Converter that connects over fiber optic cables. The production team drew power from Ethernet switches to the media converters using CAT5/CAT6 cables and an AC to DC adapters.

Why Is the GT805A SFP Media Converter So Popular?

The reason NBC Sports and the NFL prefer Versatek’s SFP Media Converters is simple: ease of use.

There is no proprietary software required to run the devices. There is no firmware that needs to be constantly updated. With these SFP Media Converters, users are able to simply plug-n-play.

When world records are being made, and when touchdown replays are needed—downtime or connectivity issues simply can’t be afforded.

Who needs the hassle or cost of other units? Not NBC anyways!