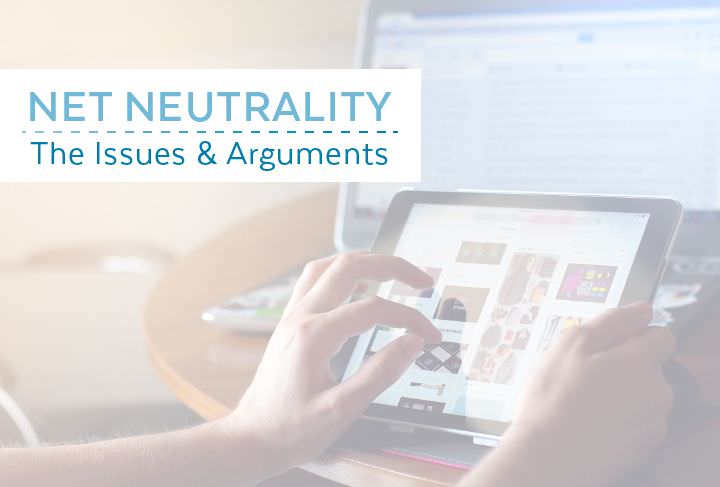 Net Neutrality has been a hot button issue for the past few years, and things have only been heating up over the past few months.

Of course, like many controversial news items, the truth may be slightly different from what you’ve been told. We’re not here to decide which side of the argument is valid, but we do want to take a closer look at the most valid points each side has made in recent months.

One thing is certain… comprehensive consumer protections need to be put in place. On that point everyone seems to agree.

As you’ll soon see, the argument isn’t really over whether or not the consumer should be protected from profit-focused ISP giants. In reality, it’s more about who will grant and determine those protections. Further, at issue is who will be tasked with keeping a watchful eye on the aforementioned grantor.

But first, let’s take a look at where each side stands. 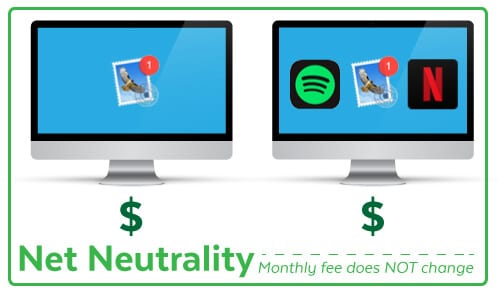 Those in favor of net neutrality have long been arguing that the fees for internet access should be the same regardless of your intended use of the internet.

In short, whether you are using email, downloading music files or watching movies from your favorite streaming media service, your monthly fee shouldn’t differ. Further, as long as you’re not breaking any laws, your bandwidth shouldn’t be throttled by your ISP.

Last but not least, is the argument concerning companies that provide services over the internet. Net neutrality defenders posit that smaller providers and companies should not be passed over if a competitor is a higher bidder for “premium” download speeds.

In short, advocates of net neutrality believe that the Internet should be freely and equally available for any and all.

Those Against Net Neutrality 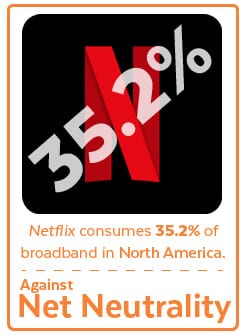 They argue that the money gained from higher rates and exclusive partnership deals would open the door for much-needed investments in the country’s network infrastructure. In turn, this would improve services and speeds for end consumers in the long run.

Another concern opponents of net neutrality have voiced, is that the percentage of bandwidth required to stream video and music services is disproportionately large.

In their latest Global Internet Phenomena Report, Sandvine reported that Netflix consumes a stunning 35.2% of broadband in North America alone. And that doesn’t include any  peer-to-peer activity.

One can see where the ISPs are coming from in light of this surprising data.

According to the FCC, there are 3 basic rules that must be obeyed regardless of the outcome of the net neutrality fight. Let’s take a look at each in turn.

The issue here is of course, what constitutes “lawful” blocking and what doesn’t.

Even the government will be under public scrutiny as to why the need has arisen to block a website. Certainly, nobody will be able to take money to block competitors including the competition for an ISP.

3. No Slowing of Internet Speeds

An ISP may not slow Internet speeds for those who are paying for High-Speed Internet. You can drive a bus through the loopholes here and it clearly needs some refining. Balancing data delivery is a critical issue for both sides.

So what has been done up to now to make this vision a reality? What has been put in place to control traffic on the Internet highway?

To give you a context, here’s the historical progression of Internet access rights up until the present day.

2008: FCC rules that Comcast is liable for interfering with peer-to-peer file transmissions between users of BitTorrent

2014: The U.S. Circuit Court of Appeals for the D.C. Circuit strikes down the FCC’s Open Internet Order in the case of Verizon v. FCC.

2016: The one and only formal net neutrality complaint is filed against Verizon.

2017: FCC gets new leadership and new government leadership sparks efforts to undo the “utility” reclassification of the Internet. This would remove sole regulatory power from the FCC.

Many would argue that the Internet has certainly taken on the importance of a utility in our day to day lives. After all, we do now rely on it for business needs, personal habits, and everything in between.

What’s easy for both sides of the privacy argument to lose sight of, is that the battle is really over who gets to be in charge.

The FCC historically has wanted to maintain full control and keep the FTC out of the picture. By reclassifying the Internet as a utility, that is exactly what they got. But is someone watching the FCC?

If the “utility” classification were removed, the FTC would be back in the picture. They would then have a hand in monitoring and penalizing businesses for unfair play. This would (in this case) likely include bandwidth-throttling smaller competitors.

If net neutrality remains classified as a “utility,” things will undoubtedly be safer for consumers. But it leaves the industry subject to the judgment of a few insiders for things like pricing and service availability. 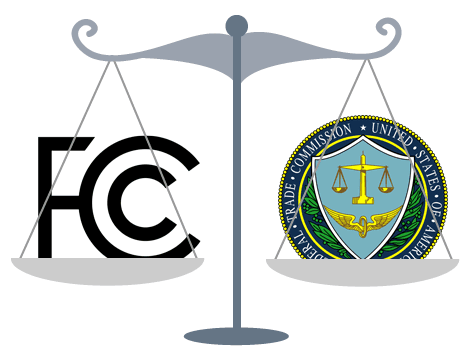 On the other hand, if it’s moved back into the private realm, there is the possibility of much greater investment in infrastructure and service improvements. That being said, consumers will be at greater risk as protections could end up being quite scarce.

Larry Downes of the Georgetown Center for Business and Public Policy thinks there is a third alternative: make Net Neutrality a matter of federal law.

He argues that if we went this route, there would be a healthier balance between the FCC and FTC.  That way, each commission could function as a check and balance on one another to prevent overreach.

Will this simple suggestion of taking an alternate route and steering net neutrality down the federal law road actually take place? At this point in time, your guess is as good as ours.

No matter what pans out, this has been a fascinating debate to watch unfold over the past few years. Here’s hoping that cooler heads prevail and a productive path forward is reached with concessions from both sides.