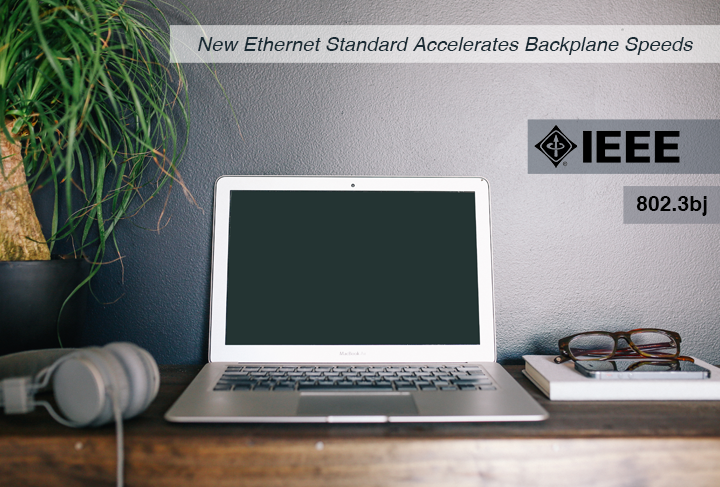 IEEE has become a widely recognized authority figure dedicated to creating engineering standards that anticipate industry demands. The consortium has announced that it has finalized defining yet another standard that promises to create a more energy-efficient network architecture with faster backplane speeds. IEEE’s 802.3bj standard is an amendment that integrates “higher-density, more energy-efficient and lower-cost connectivity for rapidly growing Ethernet applications such as data centers and blade servers.” The new standard adds “100 Gb/s operation over electrical backplanes and lower-cost, lighter-weight copper cables, as well as optional Energy Efficient Ethernet (EEE) for 40 Gb/s and 100 Gb/s links.”

Adam Healey, chair of the IEEE P803.3bj Task Force comments in IEEE’s press release that “This amendment represents an important evolutionary step for the global technology ecosystem  supporting the application of Ethernet to fast-growing areas of networking.”

Even though IEEE recently defined the specifications for 40 GB/S and 100GB/s Ethernet to prevent network bottlenecks, the new standards will ensure that the backplane architecture can keep up with the faster Ethernet faster speeds. The faster backplane speeds will also be able to handle faster line cards and will impact the overall efficiency of data servers and blade servers.

One of the challenges that the team encountered was deciding whether to continue implementing PAM2 signaling or upgrade to the faster PAM2 Signaling. While part of the team felt that PAM2 signaling would still deliver a satisfactory performance with the new specifications, others felt that it suitable  “high volume and cost-sensitive products”. This led to the decision to partition the standard into two markets. The new 100GBASE-KR4 will support PAM 2 signaling, and the 1000GBASE-KP4 will support PAM 4 Signaling.

IEEE hopes that the 802.3bj standard will be as highly successful as the previous standards.

Do you think the IEEE 802.3bj will be quickly adopted?

Let us know what you think!