Silicon Labs, an Austin based provider of silicon, software, and smart solutions, recently announced the release of a new line of integrated circuits (IC) that provide up to 90W per port of Power over Ethernet (PoE) to power devices (PDs), including 5G small cells. Victory lap for PoE. If you’re not familiar with Silicon Labs, don’t feel out of the loop. These technologies fall into the category of ingredient solutions, and so, even if you’re using them, you may be doing so unawares. They occur inside another manufacturer’s product.

What is small cell technology?

A small cell is basically a mini base station comprised of much smaller pieces, namely picocells, microcells, and femtocells. Small cell systems can be implemented either indoor or outdoor. They attach to a macrocell base station to increase the macro cell’s edge data capacity, speed, and overall network efficiency.

Small cells were added in 2008 to help densify networks and build out existing wireless infrastructure. They appear in urban areas in places lots of people use data at one time.

Most small cell deployments are outdoors. 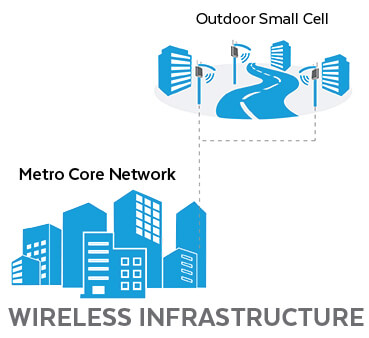 Indoor deployments can include unlicensed LTE bands, Wi-Fi or Licensed Assisted Access (LAA), based on the capabilities needed.

Small Cell 5G has been around for a decade, but sort of in the background. Now that the race is on and telcos are competing heavily to establish fully-functioning 5G networks, small cells are moving center stage. Small cells are closer to the end-user. This edge proximity allows the potential for faster speeds with less competition for bandwidth, as instead of more centralized wireless applications, which travel farther to get to and compete with countless other signals to get onto the network.

Small cell close proximity puts in place the structure needed for lower latency. And the benefits don’t end here. Small cells are also being deployed in the expansion of frequency ranges, making it even easier to get onto a network.

The lower frequencies used by existing mobile networks are already crowded and don’t have the ready bandwidth to support 5G. To counter this, new frequency bands are becoming available in many countries around the world. In addition to ‘mid-band’ frequencies, new bands in the so-called millimetre-wave (mmWave) spectrum, namely the 24 GHz, 28 GHz and 39 GHz bands are being allocated; with more likely to follow. Darrell Davies, Small Cells – Big in 5G, Nokia.com.

PoE delivery of power and data is cost-efficient and the use of one-cable installations will likely bring down overhead, and will make rolling out the infrastructure to support 5G happen faster. The cost and complexity of adding 90W Power over Ethernet (PoE) to power-sourcing equipment (PSE) and powered devices (PDs) have decreased. One cable installations deployed locally are easier to install and easier to justify from a financial standpoint.

Why 90W PoE is such a big deal

These new Silicon Lab ICs bring power to IoT nodes with flexibility and a high degree of integration. Type 4 PoE 90W supports extensive integration and advanced features. These capabilities help developers simplify designs while meeting stringent power, size, and cost budgets, essential at this stage of the IoT ramp up.

The first IC is the Si3471 PSE controller is the industry’s first fully autonomous, 90W, single-port 802.3bt-compliant power-sourcing device. The Si3471 adds 90W to single-port midspans or “injectors” and automatically manages all nuances associated with the 802.3bt standard. One attractive feature is that it requires no external host MCUs, firmware downloads, or software programming, and may be configured using three digital I/O pins.

The next IC is the Si3474 quad Ethernet-port PSE controller. It powers up to four 90W, 802.3bt PoE ports or up to eight 30-W 802.3at/af PoE ports, and is suitable for Ethernet switches and security recording equipment use in industrial and commercial settings.

Small cells are considered labor-intensive, so having a one-cable solution for power and data eliminates work. The less it takes to install and power wireless technology, the better. And the better the optimization, the greater the return on investment for operators. Improving wireless network capacity means either adding more spectrum or increasing the nu 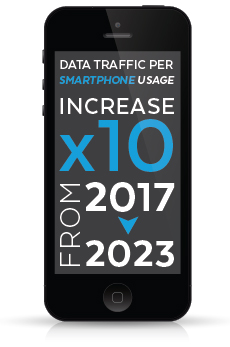 mber of cell sites. For small cells, increasing the number of sites is the key, and the 5G rollout is definitely a force driving this phenomenon. The small cell 5G network market revenue in the US is expected to grow from $0.5B USD in 2019 to $3.5B in 2025.

Increasing data traffic is giving rise to the demand for higher network bandwidth. One Gigabit per second (Gbps) per small cell is what is making 5G more attractive. According to Ericsson, the monthly data traffic per smartphone usage would increase by 10 times from 2017 to 2023. The increase in mobile data traffic leads to an increase in demand for small cell 5G networks. The FCC expects up to 80% of new cell site deployments will be small cells.

The three 90W ICs from Silicon Labs are just the beginning. It will be exciting to watch as other key products begin to emerge. Until then, congratulations are in order to Silicon Labs.