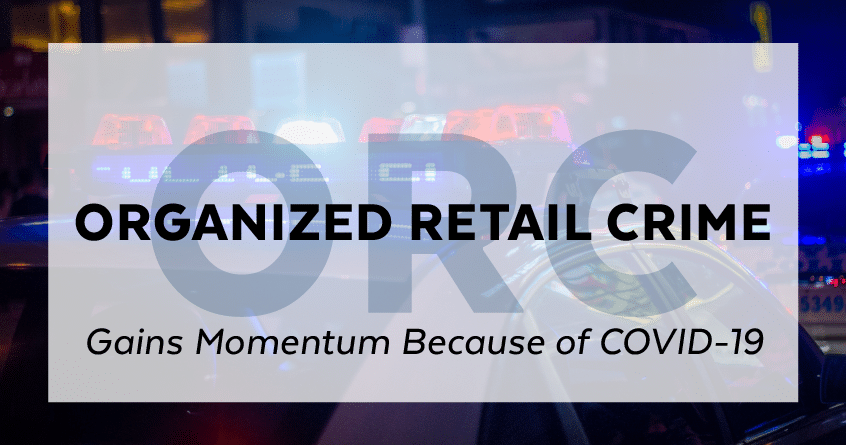 The world has undergone massive changes since the COVID-19 pandemic was declared on March 11, 2020. And no sector (except healthcare) has been more impacted than the retail industry. Besides navigating mask-wearing, physical distancing, and competing with online retail competition, there has been significant concern over the uptick of organized retail crime (ORC).

According to the National Retail Federation (NRF), organized retail crime costs retailers an average of $700,000 per $1 billion in sales. And more than two-thirds of respondents to their 2021 National Retail Security Survey indicated that the pandemic had increased risks to their business, with 57 percent specifying a rise in organized retail crime (ORC).

Ben Dugan, director of ORC and corporate investigations at CVS Health and president of the Coalition of Law Enforcement and Retail (CLEAR), said,

Organized retail crime is the number one contributor to ongoing security threats in the retail industry today. Retailers are considering ORC their number one challenge—this is what keeps them up at night.  There is an increase due to COVID and an increase in the associated violence that goes along with ORC

This article will discuss three of the most prevalent forms of ORC in 2021.

Although e-commerce was growing considerably before 2020, it took a giant leap due to the shutdowns brought about by the pandemic. According to the Department of Commerce, online sales reached $791.70 billion in 2020, a 32.4 percent increase from 2019’s figure of $598.02 billion. 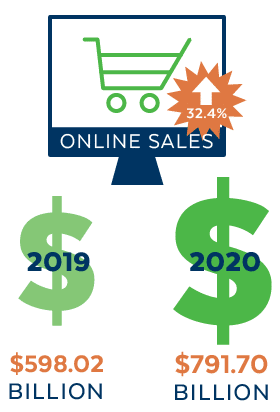 Predictably, COVID-19 shutdowns and restrictions induced criminals to target online retailers. However, they are not changing their MOs so much as just taking advantage of the pandemic atmosphere by using a combination of omnichannel shopping (e.g., online, physical store, and phone) to pull off their heists.

Buy Online, Pickup In-Store (BOPIS) has become a favorite way for villains to steal, as they can engage in a Card-Not-Present (CNP) transaction. Perpetrators do this by stealing a victim’s compromised credit card information (like the CVV and billing address). In this scam, the card and cardholder are not present, and the criminal picks up the stolen merchandise at the store.

Another example of BOPIS works like this:  A fraudster purchases an iPhone online and picks it up at the store. First, the phone is removed from its packaging—then something else that has a similar weight as the phone (like a rock) is put into the package, which is re-shrink-wrapped and taken back to the store for a refund.

They [the criminals] try to socially engineer care center people on the phone. They may say they have something that doesn’t work and return a box of rocks because we just look at the tracking number. It’s a scheme that has been around for years, but it’s easier to get away with because businesses are heavily focused on their e-commerce channels.

A real-life example of a slightly different BOPIS scheme is the May 2021 arrest of a Massachusetts video store owner for running an ORC operation where thousands of stolen items from local stores were resold online. The police identified more than two dozen “boosters” who shoplifted goods from community retail stores, including CVS, Home Depot, and Target.

Between the video store itself and the owner’s residence, over 6300 pilfered items were recovered—along with $15,000 in cash, four cars, and 27 firearms.

Why is this happening?

These troubling incidents are not just related to the pandemic. Instead, there seems to be a “perfect storm.” Several factors coalesced and enabled the rise of these types of ORC. These factors are:

A surge in Wild West-style train robberies outside the busy ports of Los Angeles and Long Beach has delayed retail shipments of everything from at-home Covid-19 tests, fishing lures, and parcels from Amazon, REI, and UPS.

According to the Los Angeles Economic Development Corporation website, Los Angeles and Long Beach ports handle approximately 40 percent of all inbound containers for the U.S. 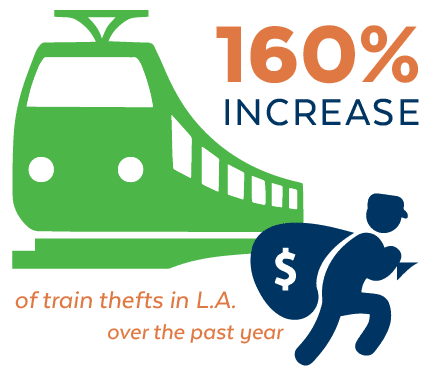 As a result, numerous trains use the Alameda Corridor,  a “ 20-mile-long rail cargo expressway” connecting the two ports to the transcontinental railway system.

On January 14, 2022, looters raided cargo trains in L.A., leaving thousands of rummaged-through packages littering the tracks—and, of course, many packages were stolen.

Union Pacific reports that train thefts in L.A. have increased 160 percent over the past year. In addition, there has been an average of 90 containers broken into within the past three months (October 2021 to January 2022). And this January 2022 raid is considered the latest instance of the global supply chain breakdown during the pandemic.

The railroad called on local authorities to intervene in what it described as a “spiraling crisis of organized and opportunistic criminal rail theft” in a December letter to the Los Angeles district attorney. It blames lenient sentencing laws, saying that even when offenders are arrested, charges are often reduced to misdemeanors or petty offenses, meaning the person pays a fine and is back on the street in less than 24 hours.

How are retailers combating ORC?

A considerable part of combating ORC lies with our lawmakers, law enforcers, and the courts. However, retailers are not helpless, and many have turned to technology to aid with the problem.

According to the NRF’s 2021 National Retail Survey referenced previously, 53 percent of the responding retailers reported that their companies are deploying additional technology to combat ORC. And 50 percent said they are allocating additional funds to purchase loss prevention equipment. 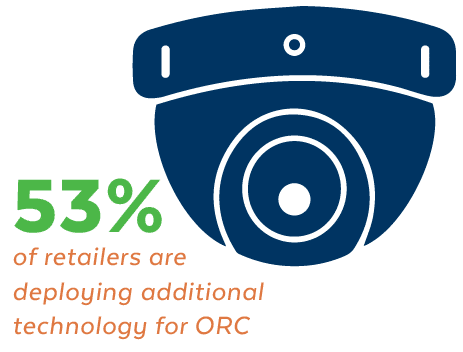 To help fight these organized criminals, many retailers are engaged in installing the following technologies:

In addition to technology, retailers are changing their daily operation policies to include:

To sum up, while ORC is a real present-day challenge, retailers are in the process of changing their operations by tightening up control and deploying state-of-the-art technology. And many of these new strategies induced by the pandemic are here to stay.

Versa Technology USA delivers last-mile networking solutions to IT professionals worldwide. Our equipment provides high-speed connectivity ideal for developed and developing countries alike. We invite you to check us out by visiting our website.