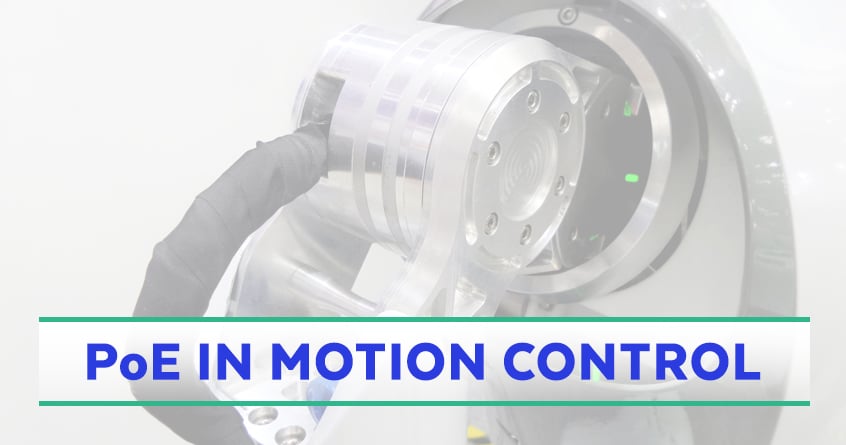 Power over Ethernet (PoE)  is a novel power supply for Ethernet-connected devices. Eliminating the need for separate power supplies and outlets, it offers an efficient approach to motor design for motion control. Let’s walk through the basics of PoE and learn how the process can apply to motion control applications.

PoE refers to a technique that enables the transfer of data and power simultaneously via a single Ethernet cable. While it doesn’t add Ethernet capabilities, it provides expanded options for how and where to place Ethernet end devices.  PoE allows for installing powered devices in locations that lack electricity without having to install additional wiring.

PoE-capability allows wireless access points to be placed anywhere throughout a building or compound, making it easy to disregard the placement of electrical circuitry.

How Does PoE Work?

An Ethernet cable contains eight wires, but only four are used to transmit data. In PoE, those four unused wires are for transmitting DC power.

PoE governs how networking equipment should operate to promote interoperability between devices.

What Are the Benefits of PoE?

PoE eliminates the expense of electrical wiring installation. It does not require much time to set up or the work of costly, professional electricians who must ensure they follow strict conduit regulations.

Devices such as security cameras, monitors, and wireless access points can be in ideal locations and easily repositioned without being tethered to electrical outlets.

Installation and distribution of network connections are simple and effective when power is available over the network.

Rather than coming from a collection of distributed wall adapters, PoE power originates from a central source. An uninterruptible power supply (UPS) for continuous operation backs it up even during power failures. PoE is easy to disable or reset from a centralized controller. 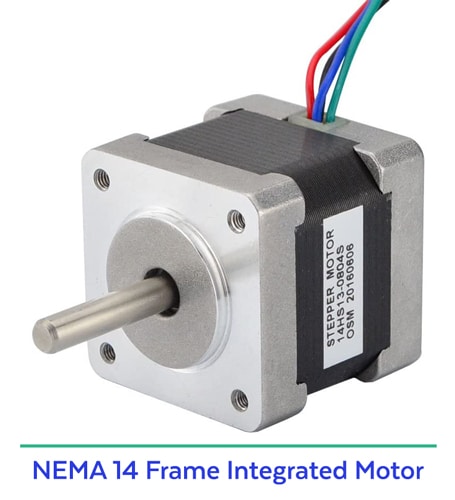 What Is Motion Control PoE?

Motion control, also referred to as robotics or servo control, is the technology related to the movement of objects. The process involves moving machinery using a motion control device such as an electric motor, a linear actuator, a hydraulic pump, or a servo motor.

A motion control system includes a control, a drive, a motor, and a load. Motion control devices with PoE use low-wattage motors that can take advantage of the maximum power a PoE connection supplies.

What Is a Servo Motor?

A servo motor is a specific type of motor that powers up a self-contained electrical device that precisely rotates the parts of a machine. Composed of several components, including a control circuit, a small DC motor,  shaft, potentiometer drive gears, and either a resolver or an encoder, server motors are part of a closed-loop system. Found in many places, including toys, home electronics, cars, and airplanes, servos move levers back and forth to do things like control speed, manage steering, and retract or extend disc trays.

Servo motors operate at very low wattage. They require very little power to start and can run for extended periods at low temperatures. Servos do not require a cooling apparatus such as a fan or heat sync.

Radio-controlled model airplanes, helicopters, and cars all use servo motors. Additional applications include:

PoE can power servo motors. This application was probably not anticipated when IEEE developed the PoE protocol some 25 years ago.

PoE is a cost-effective way to deploy power to areas where electronic circuitry does not exist. It uses relatively low voltage, so it presents a low risk of electrical hazard. It makes it easy to add new equipment to a network and offers more flexibility regarding where to access power. It is an excellent solution for motion control.

In business for over two decades, Versatek sells a wide range of PoE networking devices. We carry injectors, extenders, splitters, switches, and surge protection for industrial PoE applications. Located in Chino, California, we can provide networking to a global community of IT professionals not only in the U.S. but in South America, Southeast Asia, Australia, Europe, Africa, and China.

Request a custom quote today, or for more information, contact us. Our team of professionals is happy to help you incorporate PoE into your operation.