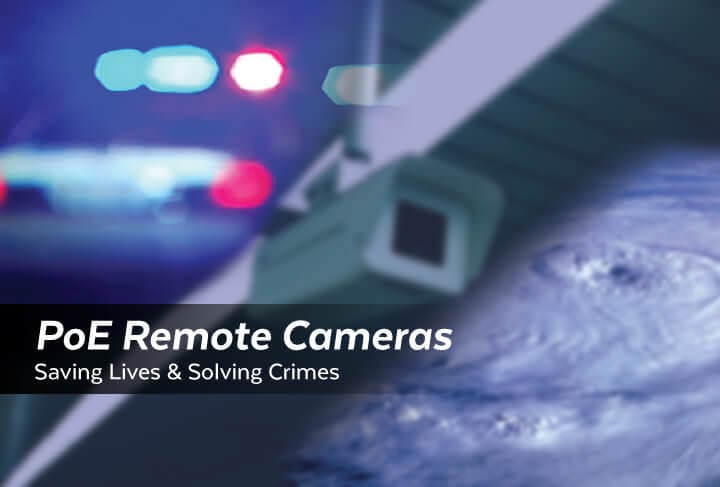 Unless you’ve been living under a rock, you’re probably aware that much of the South Eastern seaboard was recently devastated by Hurricane Irma.

While we all wish we could live in a world without natural disasters like these, we have to plan for their eventual occurrence. Being prepared and having the infrastructure in place to ensure civilian safety is of paramount importance.

There are a number of ways that these disasters (and their coverage) can be made a whole lot safer. Remote camera systems with reliable ethernet equipment are pretty high up on that list.

There was no shortage of “on-the-scene” live reporting during the hurricane, and some of it was actually quite dangerous. If you didn’t catch it, Jim Cantore was in person when the eyewall passed through Fort Myers, and it was tough to watch. Even though the storm had dropped closer to a Category-2 hurricane, one brutal gust still nearly carried him clean across the parking lot.

It’s not hard to see why news networks like having live reporting during these events. One axiom of good journalism is the “Show don’t tell” principle. Viewers would much rather watch an event unfold than get a second-hand report from an eyewitness.

But maybe there’s a happy medium that can be reached with more effective remote camera technology.

There’s no doubt that remote cameras can save lives. But the use-cases continue to surprise even us here at Versatek.

We saw some ethernet-driven remote cameras cover plenty of the action during Irma, and it’s clear that it had an impact.

One good example of this, are the images gathered by remote access cameras in Tampa Bay. Winds were so strong that the water had been pushed out of an enormous basin.

Other remotely placed cameras allowed both media and rescuers the opportunity to monitor violent “hot spots” before opting to send people into harm’s way. 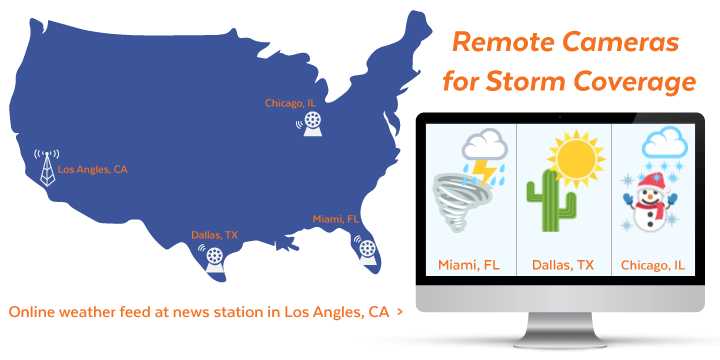 Quartz, for instance, offered appreciative readers a list of live feeds where they could watch from the safety of their computers. While much of Florida had no power, family members were able to keep tabs on locations where family members had hunkered down.

It’s not just the weather channel that can benefit from remote camera setups. Law enforcement agencies have leveraged these resources as well.

In Florida, 2 specific Palm Beach law enforcement agencies are reaching out to security-camera owners to tap into this extended visibility to fight crime.

In an article in the Sun Sentinel, the Palm Beach Sheriff’s Office and Delray Beach Police have initiated separate programs to make getting crime scene video and footage from areas around the scene easier.

Both groups have asked local businesses with security cameras for “prior permission to access feeds and footage directly from their departments as needed.” That means they’ll be able to gain added visibility to monitor crimes in progress without having to track people down. 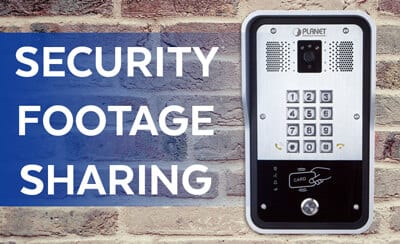 Both programs are voluntary of course.

Law enforcement agencies around the country have sought arrangements like these for sometime, so it’s nothing new. Some of you may remember that investigators in Boston took advantage of local security camera footage to track down and apprehend the Boston Bomber.

“‘It is common throughout the country to see cooperation between businesses and police,’ said Caitriona Fitzgerald, state policy coordinator at the Electronic Privacy Information Center, which is based in Washington, D.C.”

“‘But,’ Fitzgerald continued, ‘there’s a big difference between that video being held by a private business … or law enforcement being able to access that video at any time.’”

Digital privacy advocates, like the ACLU will no doubt monitor outcomes from these alliances to ensure things are done properly. On a high note, digital evidence is making straight-forward crimes easier to prosecute.

We’ll have to see how this pans out, but we expect to see agencies and businesses working together. The goal being a symbiotic relationship where law enforcement is a little easier, and business security is more robust.

The best part about this technology, is that it’s not as expensive as one might think.

This is primarily due to the fact that there’s no need to install a power source. PoE cabling handles that part.

And what’s even cooler, is that the 100-meter (~300-foot limitation) is easily extended through the use of PoE injectors and Coax Extenders.

Of course, remote camera installations aren’t the only type of setup that can benefit from these recent advances. Our ethernet equipment is equally well-suited to power and enable VoIP phones and remote access networks.

The applications are many, and the benefits just as plentiful. PoE technology continues to change the game on a regular basis and we’re excited to be right in the middle of it all.

For more information on the technology you’ll need to set up remote access security cams, or any other PoE use-case, don’t hesitate to reach out to us! We’d love to help.