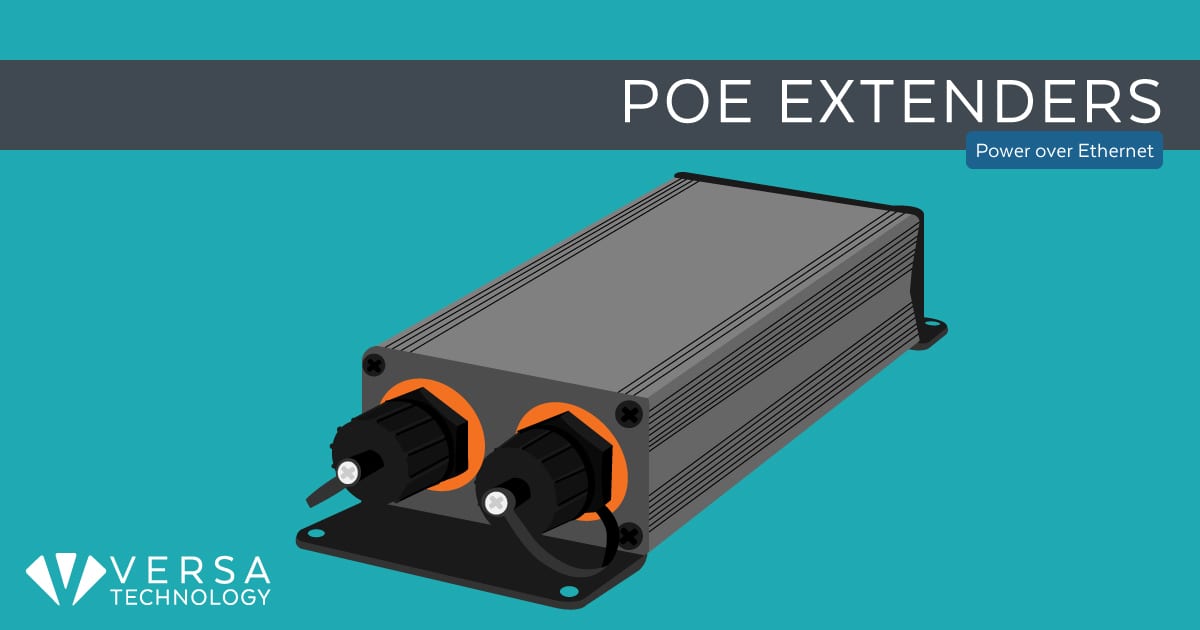 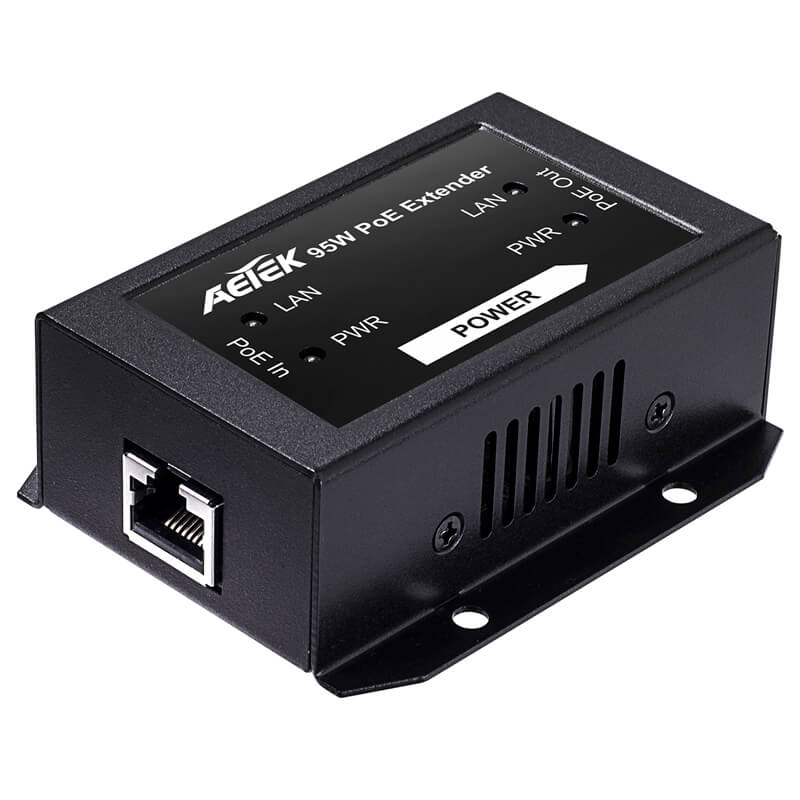 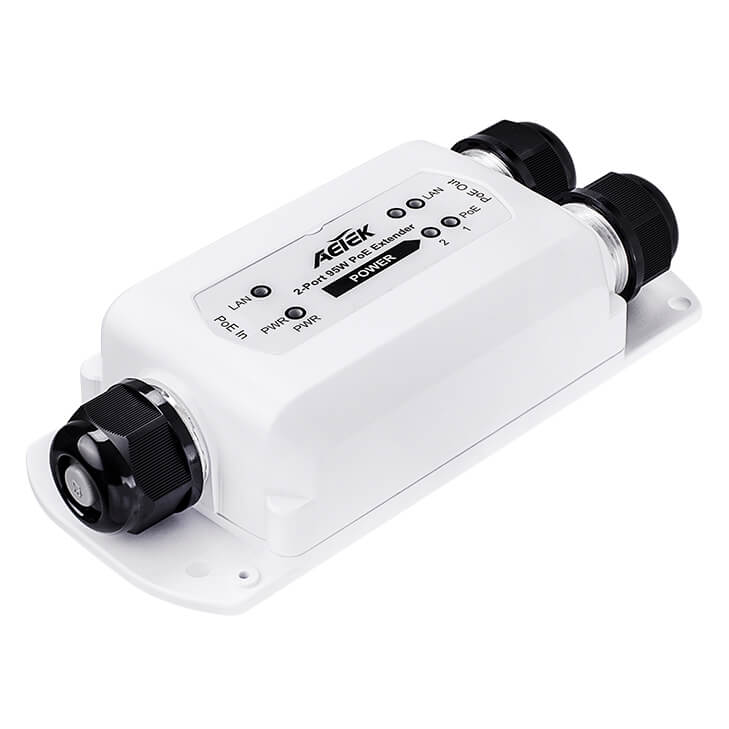 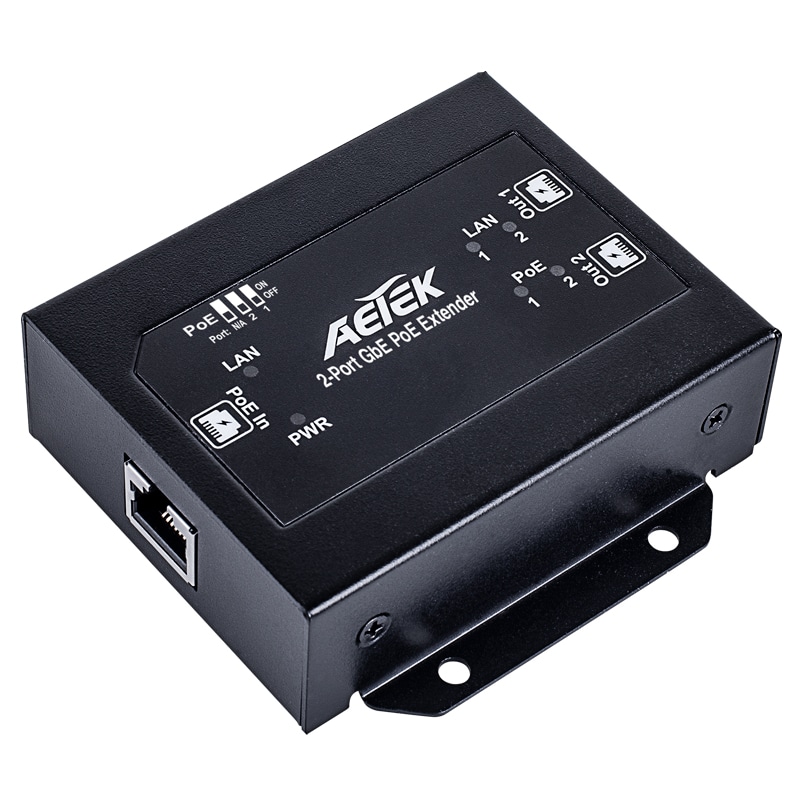 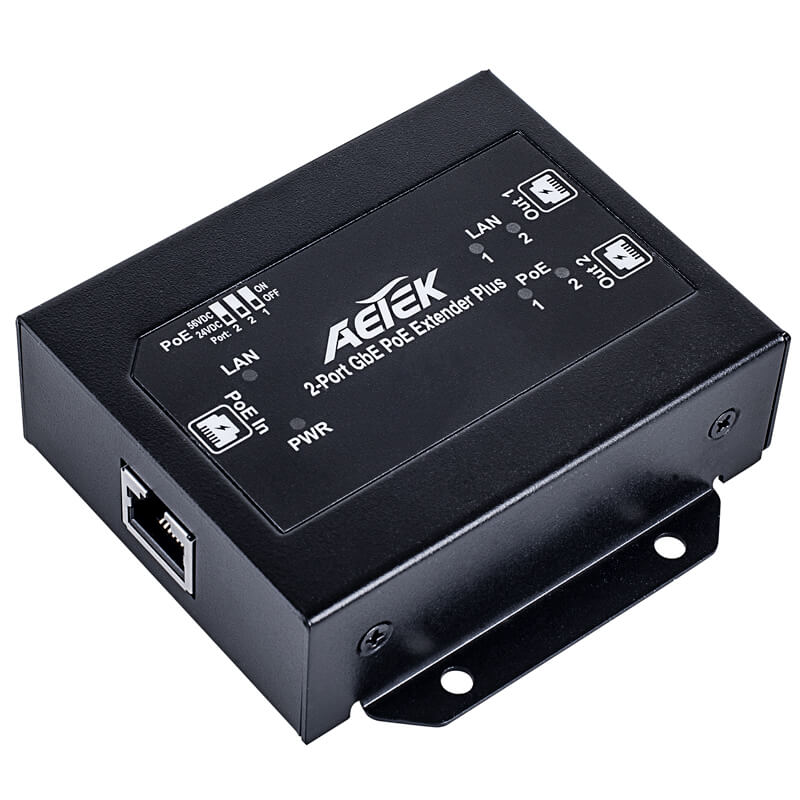 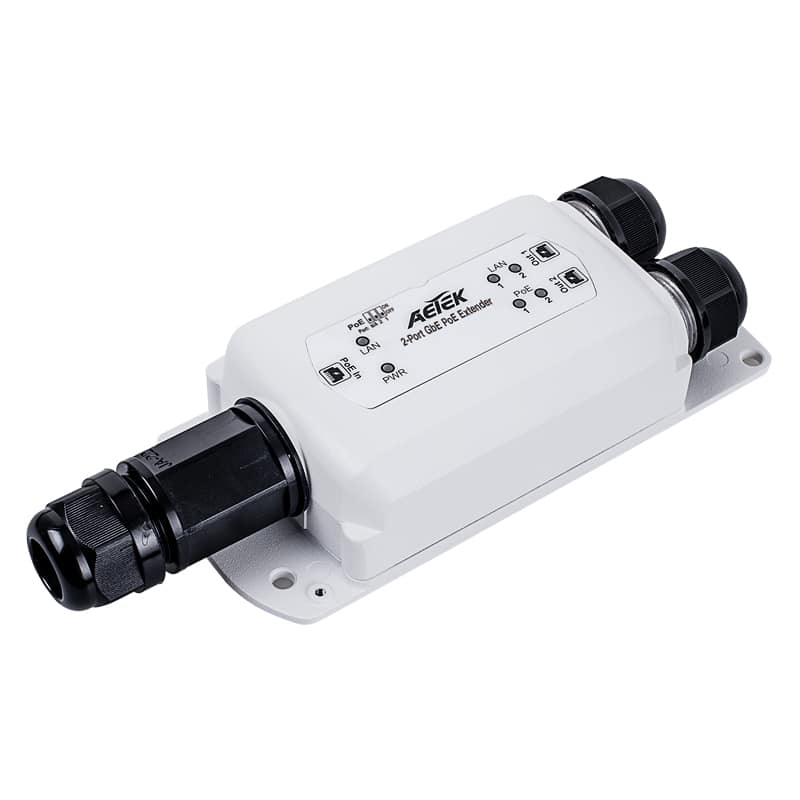 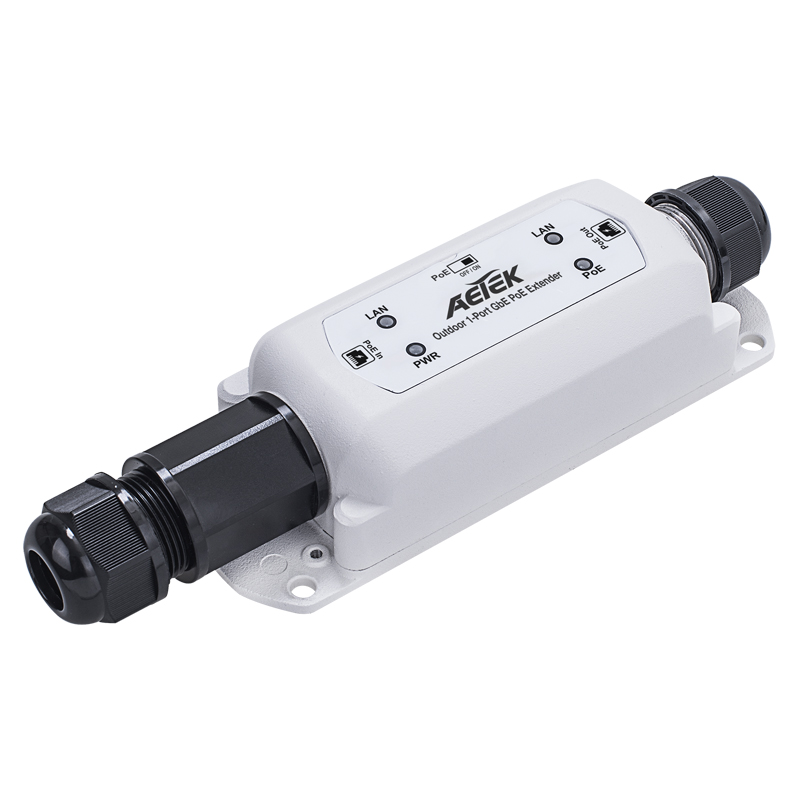 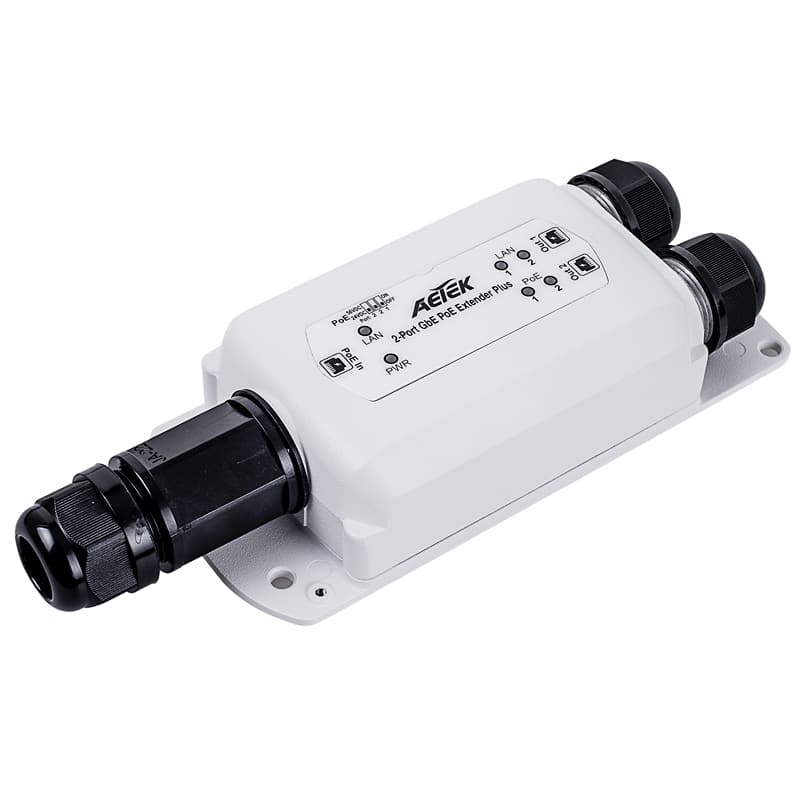 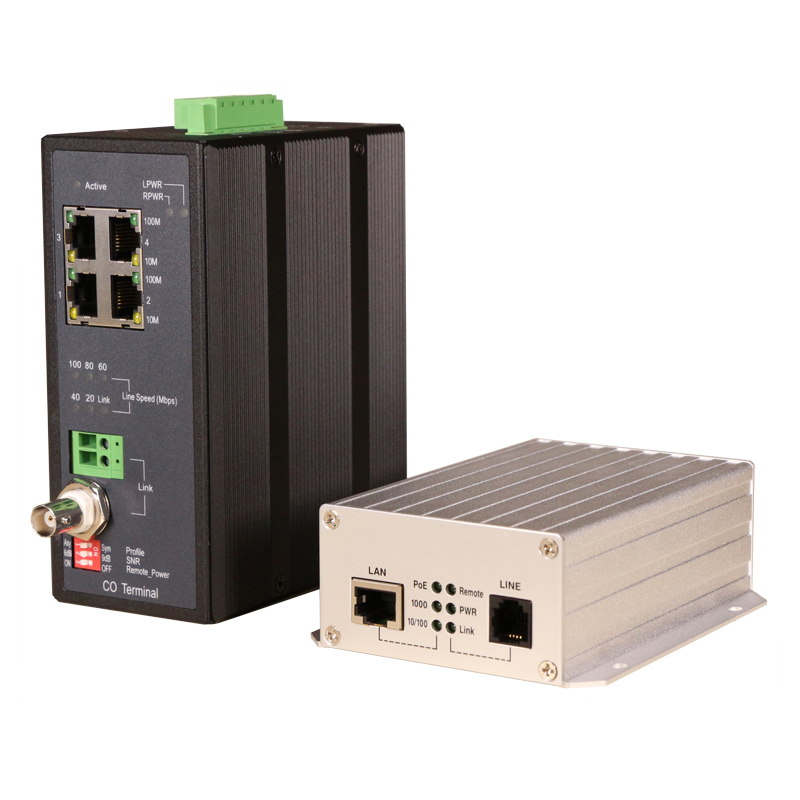 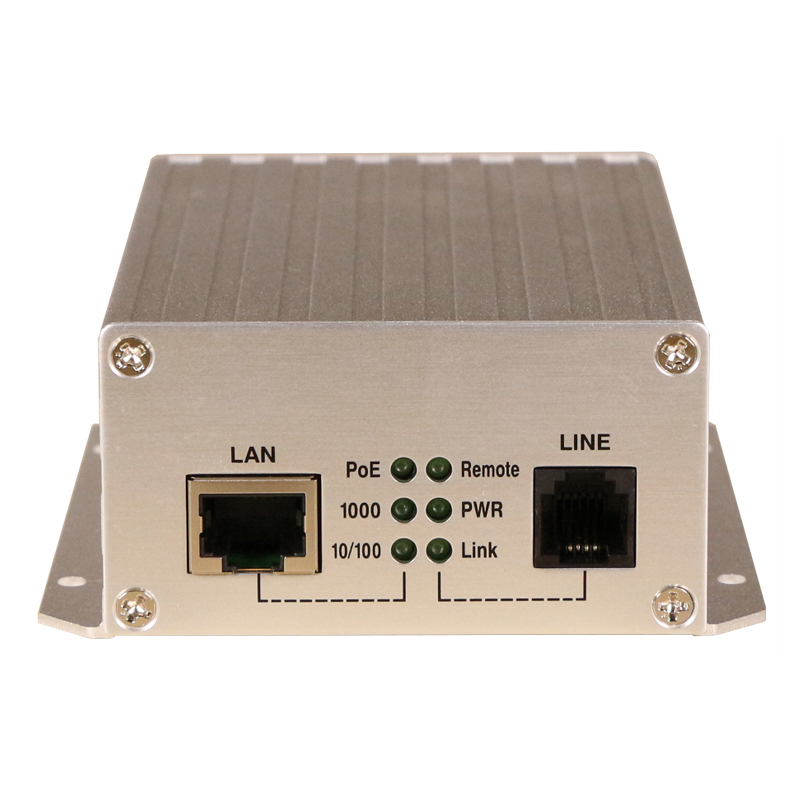 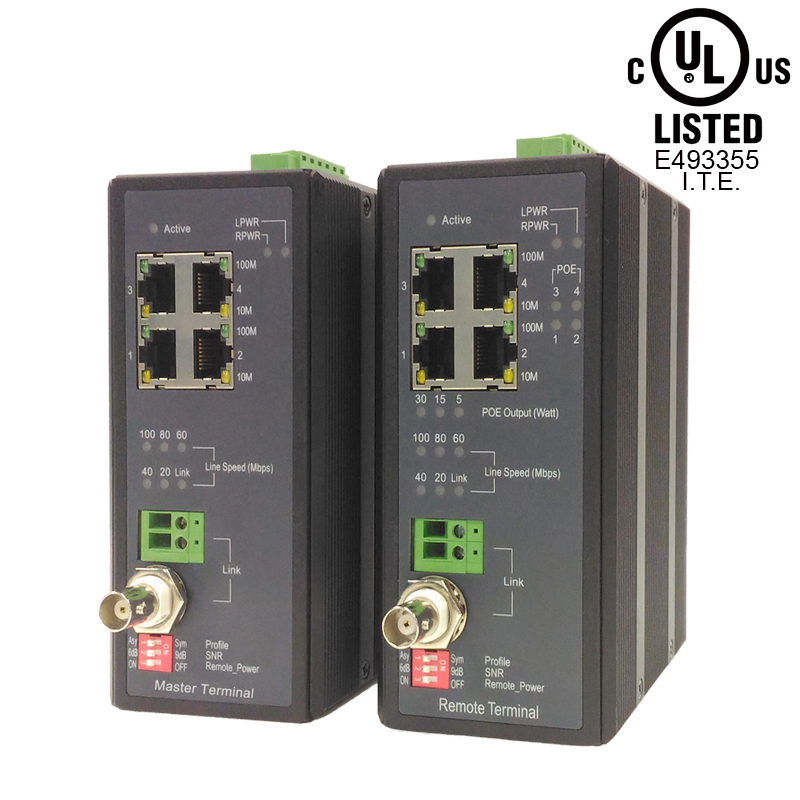 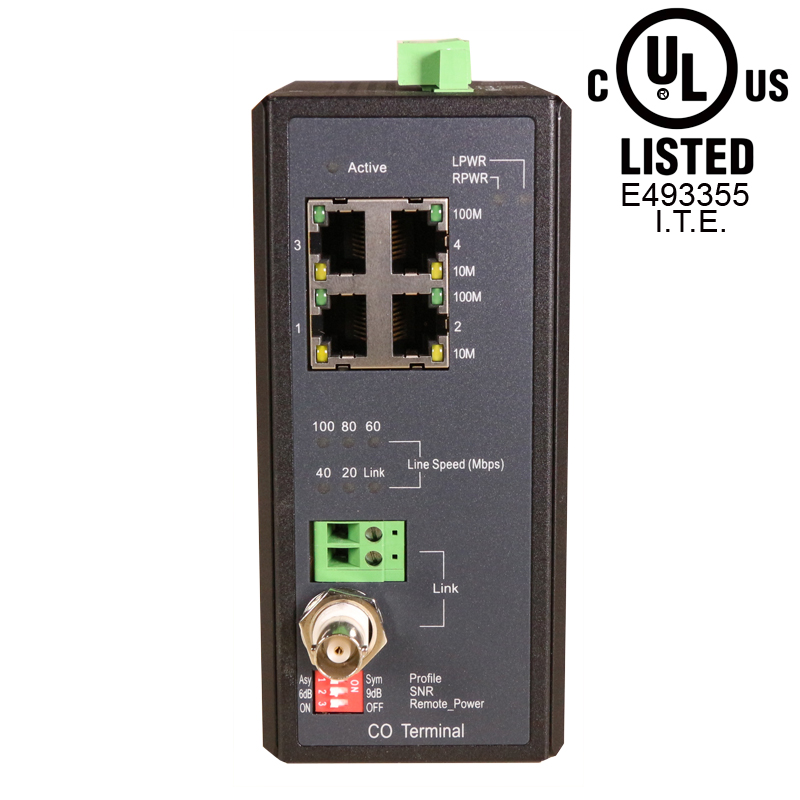 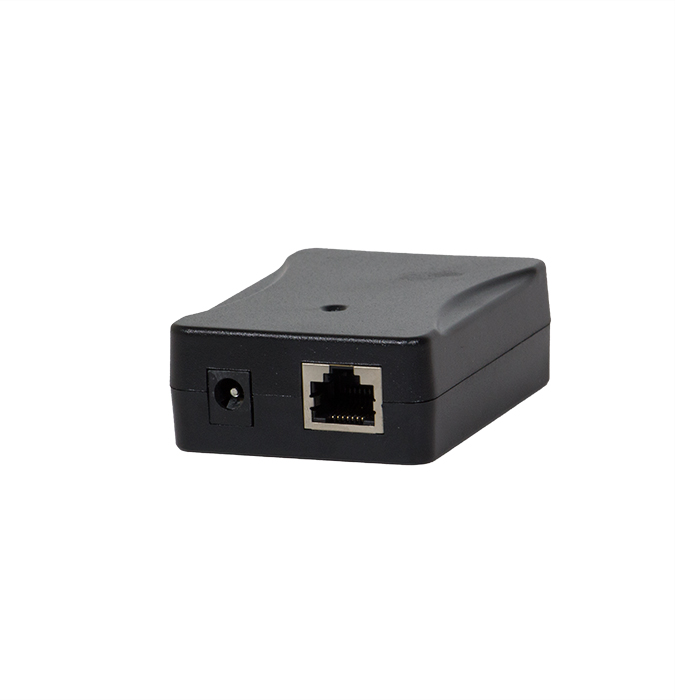 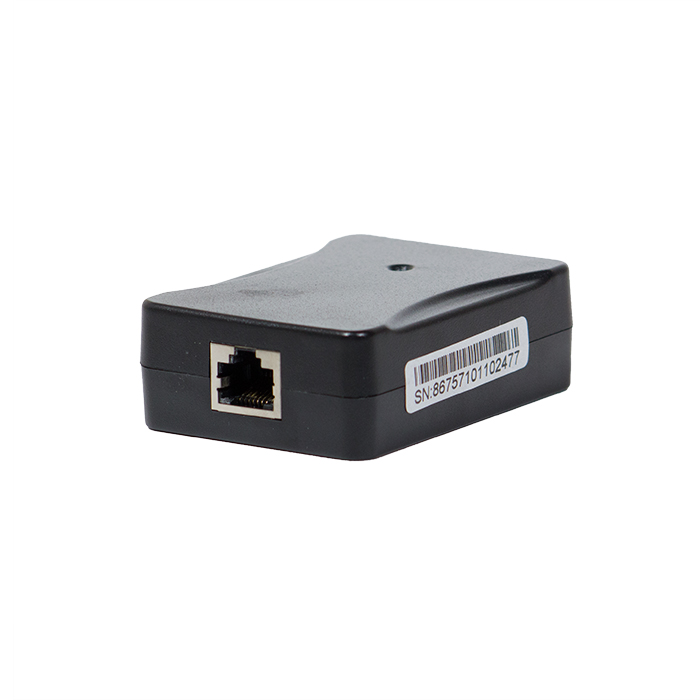 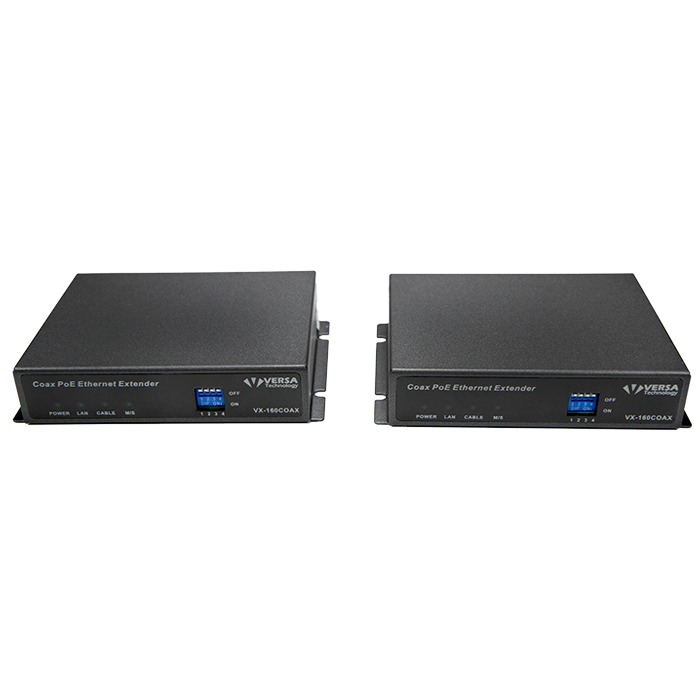 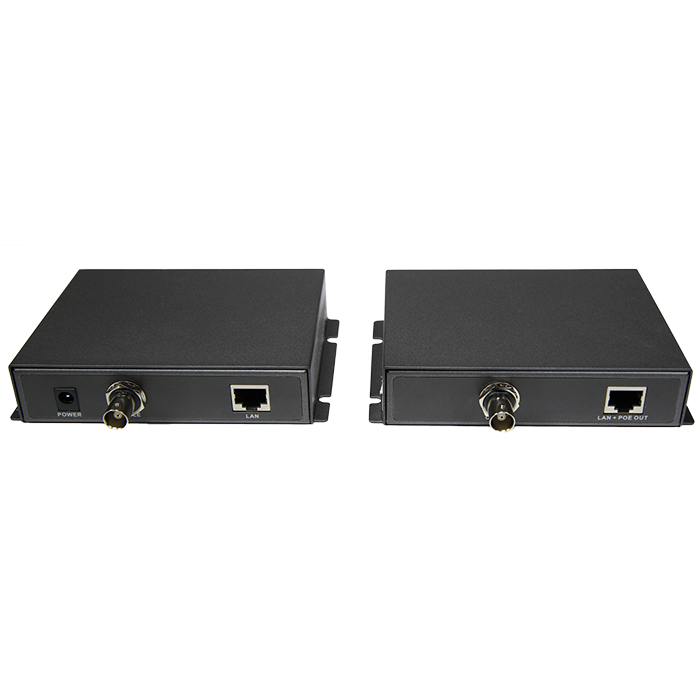 Calculate the PoE you need

This calculator allows you to determine the voltage that will be delivered to the remote PoE device.

1) What is the difference between a PoE extender and a PoE injector?

A PoE extender increases the range of a network. A PoE injector connects a PoE-enabled device to a non-PoE switch, thus introducing PoE technology into the network.

PoE (Power over Ethernet) is the process of sending power and data over copper wire.

3) How does a PoE extender work?

A PoE extender receives power and data from a PoE switch (or PoE injector). It uses four to five watts to operate and then sends the remaining power to the next PoE device down the line.

4) How far can you run PoE cameras?

Typically, runs from an NVR’s PoE port to a camera can go up to 328 feet (100m). If the run exceeds that distance, PoE extenders can increase that distance to about 900 feet (274m).

PoE technology has many advantages: time and cost savings, easy installation without the need for an expensive electrician, and flexibility because devices can be located anywhere.

7) What devices use PoE?

The list is long, but here are some of the most popular PoE applications:

A Guide to PoE Extenders

This article aims to be an exhaustive guide to PoE extenders. However, we first need to discuss PoE before tackling this networking device. Power over Ethernet (PoE) is a networking standard defined by the Institute of Electrical and Electronics Engineers (known as the IEEE). There are three different IEEE standards defining four types of PoE, specifically: IEEE 802.3af (PoE), IEEE 802.3at (PoE+), and IEEE 802.3bt (PoE++).

PoE is a technology that sends both power and data over a single twisted pair Ethernet cable up to a distance of 100 meters (m), or 328 feet. PoE has many advantages. PoE is:

However, PoE does have a few limitations that primarily center on three issues: transmission distance, device compatibility, and power delivery rates. PoE extenders were developed as an easy and inexpensive solution to PoE’s power transmission limitation.

What is a PoE extender?

The 100m distance limitation is often insufficient for the needs of many potential users. That is where the PoE extender comes into the picture.

The PoE extender (often called a PoE repeater) is a connected device on the physical layer of a network used to increase (or extend) PoE transmission beyond the 100m limit of PoE switches and PoE injectors. This device is used by venues such as hotels, academic and medical campuses, shopping malls, factories, sports arenas, etc., to create a low-cost network.

PoE extenders were developed in 2005 to allow powered devices (PDs) such as wireless access points (WAPs) and PoE IP cameras to work at distances over 100m. PoE extenders can typically extend power to a distance of 4,100 feet from the power sourcing equipment (PSE)—about 12 times longer than the 100m limit.

How does a PoE extender work?

PoE extenders are easy to use. Typically, they are “plug-and-play” devices that do not require specialized knowledge to deploy. Here’s how they work:

A PoE extender receives power and data from the PSE it is connected to (usually a PoE switch). It uses some of the electrical power it receives to power its own operation, while the remaining electricity is sent onto the PoE device.

For example, let’s say the PD that needs to be powered is an IP camera. A PoE extender has two separate ports labeled “in” and “out.” The “in” port must be connected to the PSE, while the “out” port is linked with the IP camera. Note: if these connections are not made correctly, the IP camera will not work.

How can PoE extenders be daisy-chained?

As stated above, a PoE extender receives power and data from a PoE switch (or a PoE injector). The PoE extender uses a portion of the power it receives to operate and transmits the rest to the next PoE device down the line.

For example, a Gigabit PoE extender usually consumes four to five watts just to operate. An IEEE 802.3at (PoE+) PSE delivers 25 watts to the extender. If the two are connected, there will be between 20 to 21 watts available to the connected PoE device. Below is a chart that demonstrates this daisy-chain effect.

Just how far you can daisy-chain a PoE connection depends on three factors:

What are the different types of PoE extenders?

We mentioned above that it is crucial to know how much electrical power a powered device needs. This is because individual PoE extenders can comply with different IEEE 802.3 standards; thus, their power output differs. Following, we will discuss the three most common “flavors” of PoE extenders.

Extenders that use this PoE standard can supply a maximum of 15.4W of power to a PoE PD. However, some power is always lost over the length of the cable, so the maximum capacity cannot be fully reached. So, it is essential to be aware of your power budget. Extenders that use standard PoE deliver 12.95W to the PD—which means that even though it has a maximum power output of 15.4W, it will only be able to power devices that require 12.95W or less to work. PoE extenders are sufficient for PDs such as VoIP phones, sensors, and wireless access points (WAPs).

A PoE extender that complies with the PoE+ standard can deliver a power budget of 25.5W. As a result, the PoE+ extender is an excellent solution for IP cameras, parking systems, and video surveillance.

IEEE 802.3bt standards come in two types. The PoE ++ (also referred to as Type 3) supports 60W of power, with PDs receiving 51W, while the POE++ (Type 4) standard supports 100W, which dissipates to 71.3W to the PD. These types of PoE extenders are sufficient to power devices such as screen kiosks and LED lighting, respectively.

PoE extenders also come in “hardened” versions suitable for outdoors or even the factory floor. These sturdy devices are housed in fortified casings that are dust and waterproof and can withstand harsh environments and temperatures.

Why use a PoE extender?

There are several reasons to consider the use of a PoE extender.

1) A PoE extender is an easy solution to increase the network’s range and strength.

2) A PoE extender reduces overall costs. They can be placed anywhere convenient because there is no need for an electrical outlet. This saves both time and money. Besides being easy to install, using a PoE extender provides significant savings compared to the use of multiple costly PoE switches or even more expensive fiber solutions. Also, glass fiber is highly vulnerable to damage due to extreme cold or movements.

3) PoE extenders are flexible. Changes or additions can be made without much fuss or significant time investment.

4) PoE extenders use PoE power, which means they use relatively low voltages and have a low chance of electrical hazard.

Following is a thumbnail view of the PoE extender:

A Versa Technology PoE extender is the perfect tool to extend your PoE network. We have top-of-the-line PoE extenders for every networking environment.