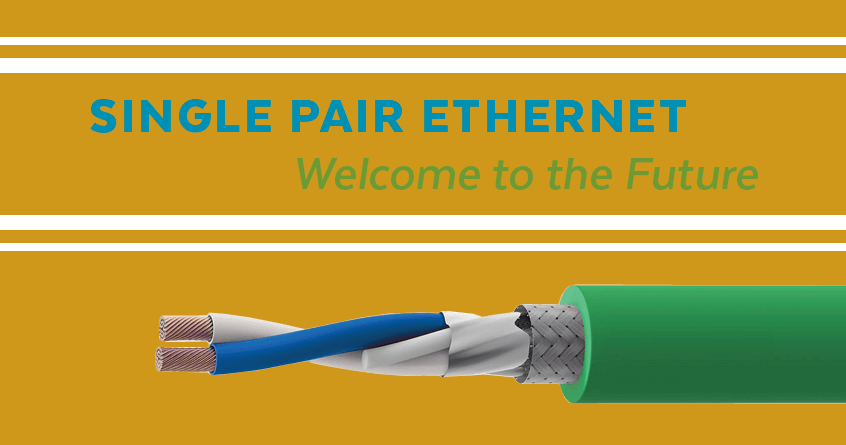 Since the mid to late 1990s, the standard for structured cabling systems for voice and data applications has been four-pair, balanced UTP, ScTP, or Sc/FTP cable, which these days supports up to 40Gbps on 30m of cable. This standard meets the myriad of bandwidth needs of users.

With the explosion of the IoT and the push toward smart systems, we suddenly have low-speed devices that require very little bandwidth—things like sensors, actuators, and relays, as well as access, occupancy, and lighting applications. As a result, operations technology (OT) professionals cried out for a simpler, low-cost, space-efficient cabling alternative for these low-speed use cases.

In response to this need, the IEEE (in November 2019) approved the 802.3cg single pair Ethernet protocol. This specification lengthens the reach of the Ethernet physical layers at the low end of the bandwidth spectrum. Single pair Ethernet (also called “twisted pair” or SPE) is a cable configuration that:

Also, the IEEE 802.3cg standard is compatible with the existing Ethernet standards. It maintains the same packet format, size, temperature, and emission standards. It supports auto-negotiation between endpoints on point-to-point links, and it supports PoE.

IEEE 802.3cg specifications call for two link-layer standards: 10Base-T1S and 10Base-T1L. Both standards support speeds up to 10Mbps over a single twisted pair.

The 10Base-T1S, also called 10SPE (10Mbps Single Pair Ethernet) standard is for networks that do not require high data rates. The “S” stands for short-range. 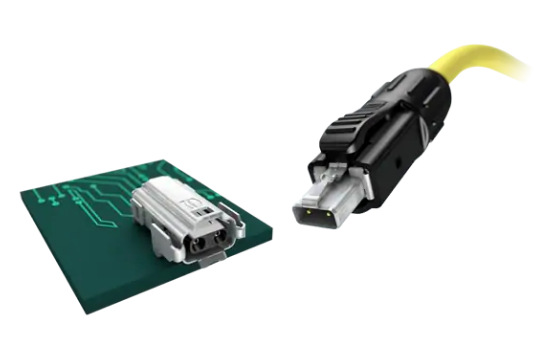 10Base-T1S employs a multidrop configuration in which each node connects to a single cable, which eliminates the need for a switch and calls for fewer lines. Each cable uses only one pair of wires, instead of the traditional standard of four pairs. This single pair connection can even be installed on a printed circuit board.

The 10Base-T1S protocol specifies the following:

A Few Words About PLCA

According to the Institute of Electronics and Electrical Engineers, PLCA is:

“CSMA/CD exhibits random, unbounded latencies (due to possible collisions) which preclude using Ethernet in many Industrial, Automotive and Automation Control use cases, where determinism is required. PLCA provides a guaranteed maximum latency along with improved throughput and access fairness, effectively overcoming these limitations.”1

10Base-T1S technology has a variety of applications in many sectors. Here are a few:

10Base-T1L is the long-range 802.3cg option that is designed for IoT and industrial applications. The “L” stands for longe-range. This technology has a range of up to 1,000m to accommodate large warehouses and factories. The 10Mbps is adequate to gather information from industrial sensors and control and monitor industrial machines’ variety.

10Base-T1L shares all the short network version (10Base-T1S) benefits—that being compatibility with four-pair Ethernet, a lower weight and space requirement, and cost-efficiency.

Advantages of an Ethernet Solution

Single pair Ethernet has many benefits. It simplifies connections between industrial and corporate networks. It is one-fourth the weight of a four-pair cable, takes up one-fourth of the space, and is considerably cheaper.

One of the single pair standard’s main benefits is that it removes the need for complex and power-hungry gateways for enterprise, control, and field-level process in process automation. Fragmented field bus infrastructures often create “data islands” that result in limited access to field-level devices. By removing these gateways, the complexity of these legacy configurations is considerably lower, and the problem of the data islands they create is gone.

Another advantage is that communicating with a 10Base-T1S or 10Base-T1L enabled device requires a host processor with integrated MAC, a passive media convertor, or a switch with 10Base-T1S(L) ports. No additional software, customized TCP/IP stack, or special drivers are needed.

Single Pair Ethernet technology is helping to expand the use of Ethernet into new applications. It’s key features include:

According to Christopher Diminico, president of MC Communications:

“The single pair Ethernet standards are poised to provide a unifying communication protocol, a common networking infrastructure, and power for the evolving sensor technologies that will extend the cost-effectiveness and plug-and-play simplicity of Ethernet to all corners of the wired world.”2

10Base-T components are now just coming to the marketplace—and new devices are being designed to implement this new technology. With the apparent advantages of this technology, compatible equipment will continue to uptick now and in the future.