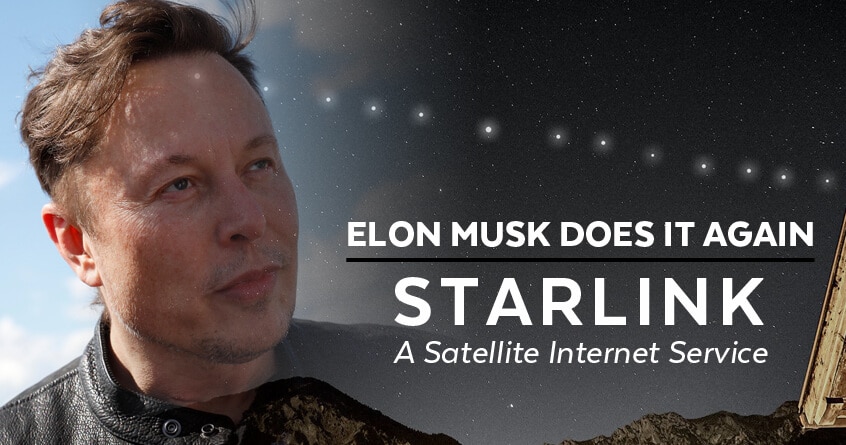 When you hear the name Elon Musk, what things come to mind?

Or perhaps something else might come to mind: a venture called Starlink.

Technically a division of SpaceX, Starlink is the company’s growing network of orbital satellites launched into low Earth orbit (LEO) to provide high-speed, low-latency, and cost-effective internet access to anyone anywhere on the planet.

The development of Starlink began in 2015, with the first satellites launched in 2018. In January 2021, SpaceX launched 60 satellites into orbit from Kennedy Space Center. Another four were launched in February, bringing the total number to nearly 1300, which is about one-fourth of all active satellites in space at this time. 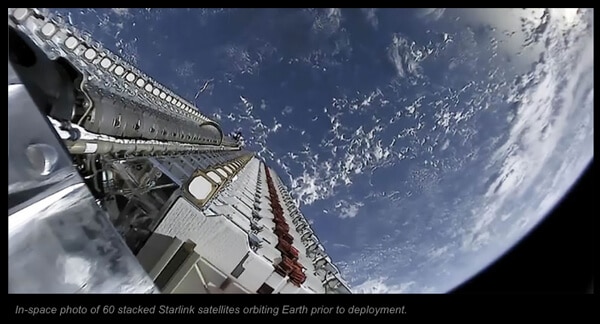 How does Starlink work?

All you would need to use Starlink is a $200 pizza box-sized receiver. Each satellite will talk to four others using lasers as they constantly orbit Earth, together creating a web of Ku-band and Ka-band broadband connectivity as fast as the speed of light that surrounds the planet at all times and for all locations.

In order to beam connectivity to the surface, a massive network of ground-based stations will also be necessary. So although 12,000 satellites sound like a lot, it’s only a fraction of the infrastructure that SpaceX will have to construct.¹

This “space internet” is particularly beneficial for consumers who live in rural areas and other places in the world that do not have high-speed broadband. The Starlink website states:
Starlink is ideally suited for areas of the globe where connectivity has typically been a challenge. Unbounded by traditional ground infrastructures, Starlink can deliver high-speed broadband internet to locations where access has been unreliable or completely unavailable.² 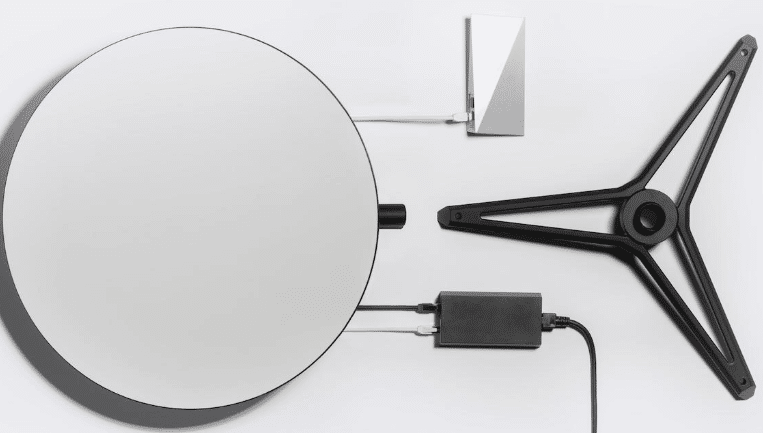 Presently, Starlink is being beta tested in the United States and Canada (between 44 and 53 degrees North latitude) and has approximately 10,000 customers. It is not designed for densely populated areas but rather for rural areas, including Tribal lands in the U.S.

Why does Starlink matter?

How fast is Starlink’s internet service?

Currently, Starlink users experience data speeds from 50 to 150Mbps with latency speeds between 20 and 40 ms. However, Musk has a goal to double this download speed to 300Mbps by the close of 2021. And there are long-term goals to reach speeds of 1Gbps and then 10Gbps as more satellites launch into orbit.

But is fiber faster?

Internet-delivered by ground-laid fiber-optic cable indeed offers speeds that are much faster than those supplied by satellite at present. However, installing the infrastructure necessary for ground-based internet to people’s homes is a long and labor-intensive process. Of course, we are not saying that shooting satellites 300-plus miles above the earth’s surface is not labor-intensive, but it just could be the internet solution for underserved communities. And we are talking about Elon Musk, the founder, CEO, CTO, and chief designer of SpaceX, the only company on the planet that has a landable, reusable rocket capable of delivering satellite after satellite into orbit.

Some Frequently Asked Questions About Starlink

What does Starlink cost?

An initial one-time payment of $499.00 is required to cover the cost of the satellite dish and Wi-Fi router; from there, you pay a monthly service fee of $99.00.

Where are Starlink services available?

At this juncture, Starlink services are only available in select areas: Northwest U.S. and adjacent parts of Canada (between 44 and 53 degrees North latitude), parts of the United Kingdom, and parts of Texas (available in 2021). Musk has stated he expects to have worldwide access to Starlink by 2022.

All potential customers are handled on a first-come, first-served basis, and some preorders can take up to six months.

Can I use Starlink if I live in a city or a suburb?

Probably not. SpaceX is firmly committed to bringing internet access to areas of the world with slow or no internet access. There is no reason for Starlink to try to compete with major ground-based internet service providers with monthly service fees as low as $50.00 a month.

Unfortunately, rain, snow, and wind can affect satellite services. Although Starlink’s satellite dish is equipped with a heater to melt snow, it can do little about snow build-up. Rain and winds can also bring about slower speed or even service interruptions.

Can I game on Starlink?

Yes. There may be some lag as your connection hops from one satellite to another, but as a whole, users report a satisfying gaming experience with Starlink.

Will I own my Starlink satellite dish?

Yes. However, if returned within 30 days, you will receive a full refund.

Is the Starlink satellite dish easy to install?

Users report that set up takes about five minutes and requires no technical help. Please note: it is important to mount the dish with a clear view of the sky and at the highest and safest level possible.

Starlink is cutting-edge and ambitious, but it is not the only “space internet” in town. This arena is getting increased attention in 2021. London-based OneWeb—supported by Intelsat, Virgin, Qualcomm, SoftBank, and Hughes Network Systems—is poised to launch 640 satellites, the first of which were launched this February. Also joining the scene is Amazon’s “Project Kulper,” which positions itself for sometime after 2021.

SpaceX’s Starlink is progressing quickly but is by no means alone.