HomeNetworking State of the Ethernet 2020 | A Story of More Data 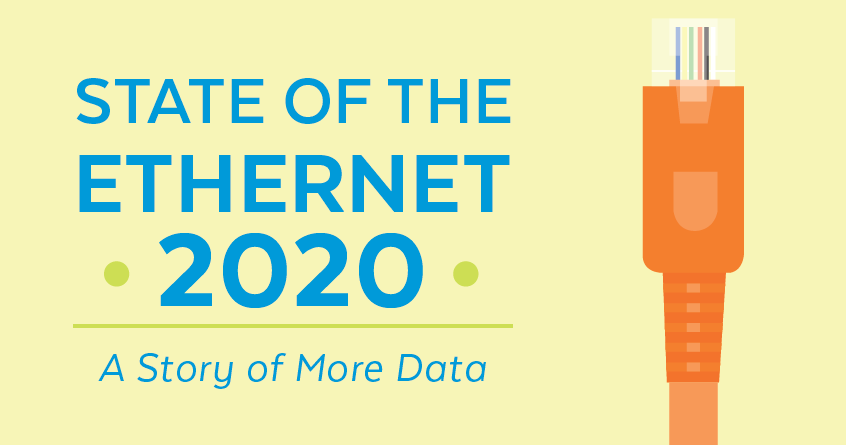 The COVID pandemic lockdown had a substantial impact on the Ethernet market in the first quarter of 2020. Because people weren’t in the workplace, things like switch replacements were put on hold. It wasn’t the only factor, though, as things had already begun to slow somewhat toward the end of 2019. One very probable reason for the slow down is the transition to 100Gb Ethernet. According to the same International Data Corporation (IDC) press release (linked to above), shipments for the 100Gb switch rose 52.1 percent year-over-year to $5.5 billion. 100G revenues grew 9.9 percent year-over-year in 1Q20 to $1.28 billion, making up 20.8 percent of the market’s revenue.

Lighting, security, and host of other technologies are moving into this new Ethernet level, and the networking solutions needed to support them means that higher-grade switches are not far behind.

Every year the Ethernet Alliance publishes a State of the Ethernet infographic. This blog is going to take a look at one of the highlighted advances—fatter pipes. Because Powered Devices (PD) have become more sophisticated, more data is needed to run. Though these solutions are low power, they also need more power delivered over the same cable.

The 2020 State of the Ethernet is calling for “fatter pipes.” More data needs to get to the end-user. This blog will tie some of these advances in Ethernet technology to the places you will find them. 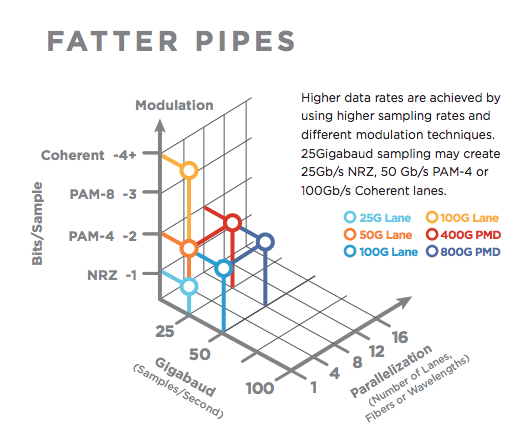 As IoT continues to become a functioning reality, what we don’t see is the infrastructure supporting it. To keep up as a delivery system, Ethernet has had to find ways to bring more data along existing lanes. A lane is a single, dedicated twisted pair within a Cat5e, Cat6 or Cat6A Ethernet cable. Earlier versions of IEEE 802.3 were one-way. 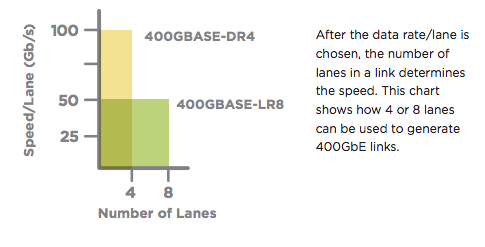 Amplitude is the maximum extent of a vibration or oscillation, measured from the position of equilibrium. Modulation seeks to control the amplitude so as to be appropriate to the size of the data load. PAM is an analog signal pulse modulation scheme, where carrier pulses vary according to the sample value of the message signal.

An encoded message transmits in the amplitude of signal pulses. In other words, PAM describes data transmission by varying power levels in a regular timed sequence of electrical or electromagnetic pulses.

Why is this important?

Because more data can flow seamlessly using only enough power needed for that amount of data, the process becomes more efficient.

In Ethernet, data and power are transmitted over one cable. Carrier signals divide into intervals. The way this works is that data divides into bits consisting of 1s and 0s. In data transmission, the bit rate is the number of bits sent per second (bps) per one pulse per band. Bps is the measure of how many bits transmit in that pulse over the same band.

Why is this important?

Because things like Automation, Artificial Intelligence, Machine Learning, and more, are all data hogs. The more Ethernet can power and transmit data to these technologies, the more cost-effective they will run.

Ethernet 2020 | Speeds And Sampling Rates Are On The Rise

Higher data rates are being achieved through this use of higher sampling rates and taking advantage of different modulation techniques. That is why 100GBASE is driving sales in Ethernet switches, and 200GBASE and 400GBASE are close behind.

Let’s take a closer look at what these names mean.

100GBASE is a protocol for receiving/transmitting rates of 100Gbps. The packet transfer rate is 148.88Mpps (Million Packets Per Second) of throughput for switches and routers.

Officially, the IEEE 802.3bm-2015 standard, which defines 100 Gigabit Ethernet (100 GbE) and also 40 Gigabit Ethernet (40 GbE) over fiber cables. The 40 Gbe is designed for use within the organization between servers and the Ethernet switch, while 100 GbE is geared to long-distance switch-to-switch transmission. 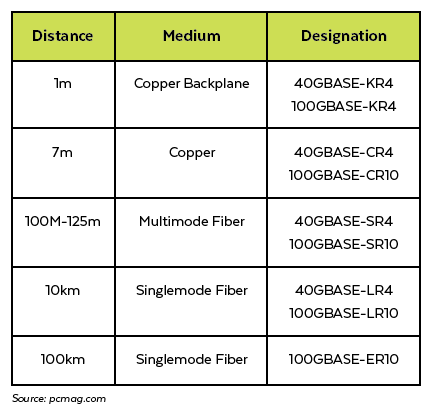 200GBASE / 400GBASE or Terabit Ethernet is Ethernet transmission at one trillion bits per second (1 Tbps). Terabit Ethernet is still in the future, but the term refers to Ethernet above 100 Gbps. The IEEE 802.3bs task force defines 200 Gigabit (200GBASE) and 400 Gigabit Ethernet (400GBASE) as Terabit Ethernet. Carriers and large enterprises are working to reach 200Gb and 400Gb in 2020. How much the pandemic has slowed this implementation is anyone’s guess. 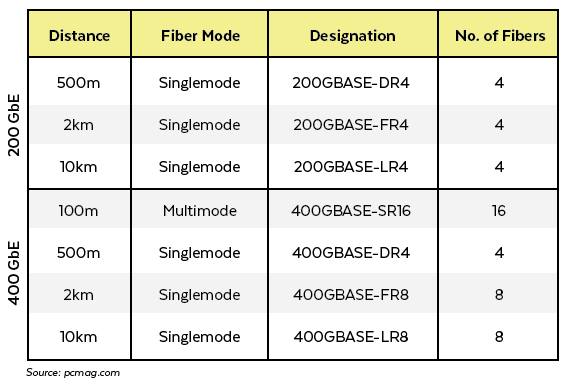 Once the end of the lockdowns occurs, the workplace will experience further the rise of these new advances in Ethernet delivery.

The Ethernet Alliance credits business and learning applications as key drivers behind hundreds of millions of Ethernet ports shipping per year. The local area network (LAN) and the repurposing of existing telecommunications copper networks gave birth to the development of Ethernet technology. They estimate over 70 billion meters of cable has been deployed over the last 15 years alone. Sustainability, both financial and environmental, have always been at the center of Ethernet development, and that core value continues today.

Other applications appear in the areas of automation, smart building controls, and industrial settings. Wherever harsh environments occur, Ethernet

The State of The Ethernet Going Forward

The uncertainty over Ethernet in this season hinges on a date when a more significant percentage of businesses are going to return to peak capacity. With another wave of COVID apparently on the horizon, timelines may be a little impractical, especially since many people are continuing to work remotely.

Happily, the longer view is much more certain. We stand on the cusp of a surge in new Ethernet capability. We are stepping into the 100GBASE category, and well on our way toward Terabit Ethernet (200GBASE and 400GBASE) and all that provides.