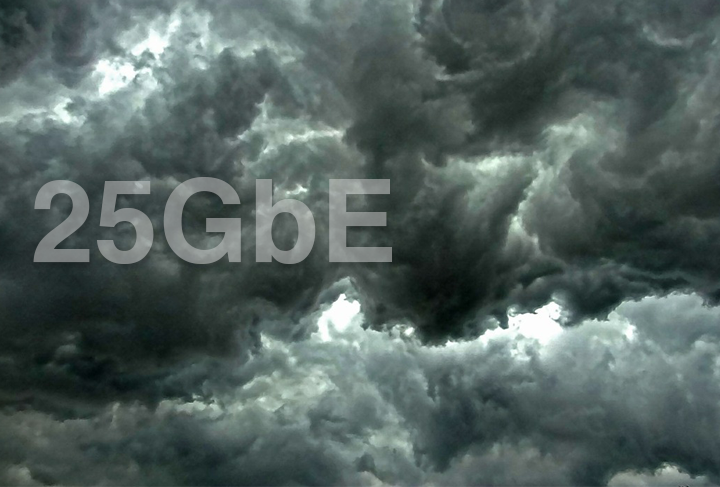 The Ethernet Alliance announced during last year’s Technology Exploration Forum (TEF) that it would be pursuing a series of 5 new Ethernet standards: 2.5 GbE, 5 GbE, 25 GbE, 50 GbE, and 400 GbE. Instead of pursuing increasingly faster rates, the consortium showed greater sensitivity towards pursuing standards specific to certain networking environments and cost-efficiency. Such is the case with 25 GbE which is targeted to affect datacenter and server access technology.

Forbes reports that “By 2015, end-user spending on cloud services could [reach] more than $180 billion” and predicts that “the global market for cloud equipment will reach $79.1 billion by 2018”. The standardization of 25GbE will set the building block for cost-efficient datacenters that need to meet the high demand for cloud computing.

Search Network observes that “The single-lane design will give 25 GbE a lower cost per bit than 10 GbE, enabling cloud providers and large-scale data center operators to deploy fewer switches while still scaling their network infrastructure to meet demand”. 25GbE will not only yield the benefit of cost-efficiency but will also maintain datacenters eco-friendly. Because 25GbE utilizes one chip, the standard decreases the amount of power draw required in comparison to other alternatives such as 40 GbE.

25 GbE did not receive wide-scale attention until last year. After IEEE perceived a lack of interest in the study group, the association brought the project to a halt. IEEE resumed the 25GbE study group after Google launched its own consortium. Unsurprisingly, the consortium attracted tech moguls like Microsoft, Cisco, and Arista networks. 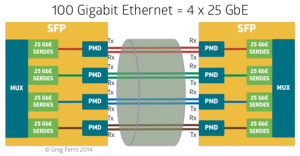 25 GbE will be a powerful component that will help maintain the cost-efficiency of servers. According to incompliancemag.com, server access technologies can remain cost-efficient by utilizing “subsystem components-boards, connectors, cables, tools and switch ASICS- capable of handling single-landed 25 GB/S traffic.”

Ethernet Alliance Member Matt Brown credits that the accelerated development of the standard is due to the previous efforts made to standardize 100 GbE. His article specifies that Ethernet standards such as IEEE’s 802.3ba, IEEE 802.3bh, and IEEE 802.3bm relied on four lanes of 25 Gb/s to build 100 Gb/s Ethernet, 100 Gb/s Ethernet across an electrical backplacne, and 100 gb/s Ethernet for chip–to-chip and chip-to-module electrical interfaces.

Matt Brown states that “The primary reason for the almost immediate availability of 25GbE technologies is that 100GbE uses four 25 Gb/s lanes to achieve its data rate. This makes it highly likely that certain connectors, switch ASICs and other technologies will be appropriate for implementations of the proposed standard, which envisions a single 25 Gb/s lane.”

Mainstream adoption of 25 GbE is expected to occur as early as 2016. 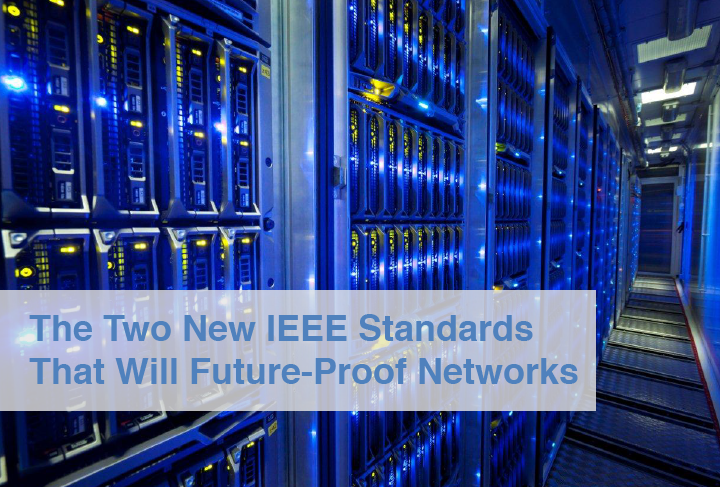