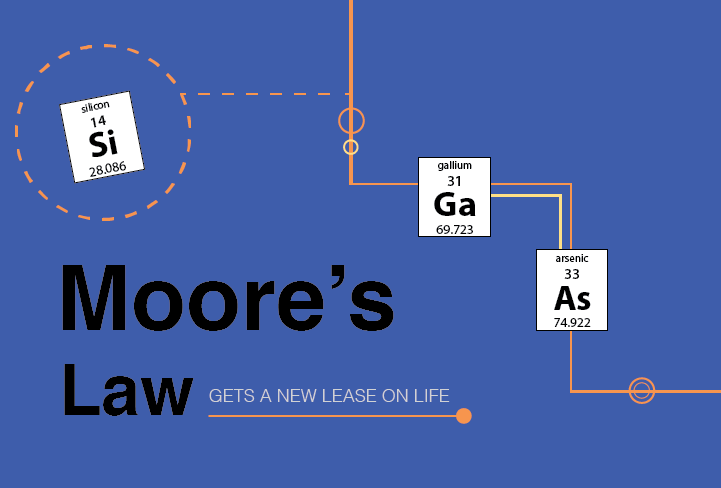 Countless sources have repeatedly predicted the end of Moore’s Law but Mark Bohr, Intel Senior Fellow at Intel Corporation, quipped that “The end of Moore’s Law is always 10 years away. And, yes, it’s still 10 years away.” When Gordon E. Moore first wrote about the law in 1965, he himself predicted that the phenomena would only last a decade. Since then, the law has withstood the test of time accurately predicting that transistor density doubles approximately every 18 months. The law has even become a self-fulfilling prophecy with R&D labs using Moore’s law to predict developments and stay ahead of their competition. 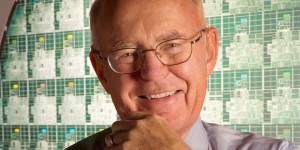 But scientists have been noting a gradual appeasement in transistor development and Moore’s Law has been interacting with a bump, or more precisely a rock. Rock’s law, also known as Moore’s Second law, states that the price of transistors doubles approximately every four years, and obstacle that threatens to hinder the pace of development in computing hardware. 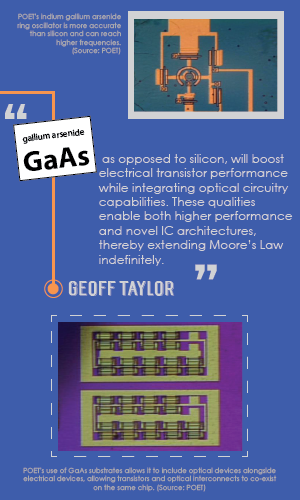 Using GaAS “will boost electoral transistor performance while integrating optical circuitry capabilities”. With higher performance and novel IC architectures, the GaAs analog circuits can switch at 100GHz and future research promises switches of up to 400GHz.  The speeds are a momentous update from the 4GHz that current transistors deliver.

To further optimize the chip, the design has been altered to combine standard logic with optical components that achieve a hybrid electro-optical device. Planar Opto Electronic Technology (POET) asserts that using GaAs allows for “an optical loop [to achieve] an ultra-low jitter oscillator with higher bandwidth [when compared to silicon]…By going to multi-wave lengths, [the company] also aims to build ultra-precise analog-to-digital converters by encoding voltages as wavelengths, resulting in higher resolution and bit rates with reduced power and fewer components”. Though the new technology is more expensive than using silicon-based transistors, Taylor notes that the newer silicon-on-insular with fully depleted (SOI-FD) transistors rival the price of the GaAs wafers.

Even though Moore’s law has become a haphazard term used in different industries to describe future expectations of exponential growth and development, the law has not always contributed to human welfare. At The onset of the semi-conductor industry, when Moore’s law was especially accurate, businesses who were adopting the new computing technology did not see an increase in productivity until the mid-1990’s. Charles C. Mann elicits in his article “The End of Moore’s Law” that the productivity paradox led many researchers to conclude that the “new technical wonders were not only not useful, [and that] some researchers argued [that] they might actually be harmful.”

Therefore, the end of Moore’s Law does not translate into the conclusion of technological innovation. It could very well represent the beginning of a new era where scientists will have to venture into quantum mechanics to produce new transistors.

But, Moore’s law has managed to outlive its expiration date and we will have to wait for the next ten years to see if truly has expired.

Do you think POET will give Moor’s Law a new lease on life?

Let us know what you think. Start a discussion below!