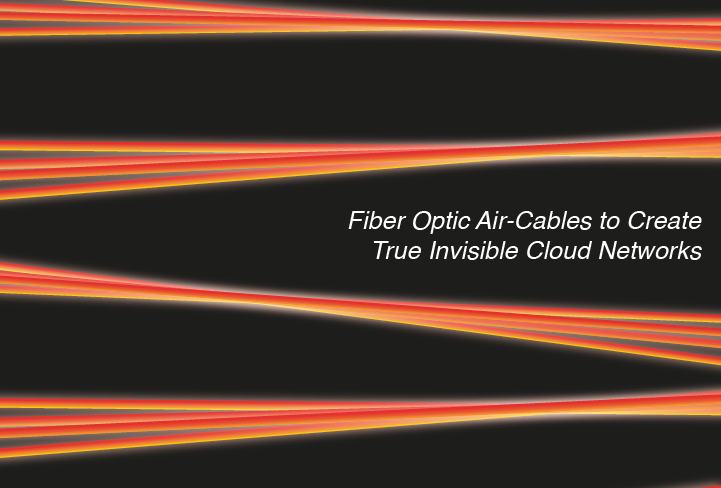 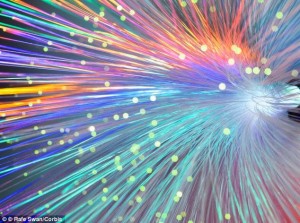 It’s been nearly a hundred years since Alexander Graham Bell made his first phone call. And it’s been over a forty years since Martin Cooper, Father of the “cell phone” made the first handheld phone call to none other than his competitors at Bell Labs to announce that Motorola had beaten them at creating the first cell phone. But the air wars of engineers has opened up another rabbit hole of innovations as physicists form new invisible “air cables” that could give the term “cloud network” a truer, more literal meaning.

Howard Milchberg from the University of Maryland and his team of physicist have developed a way to manipulate air waves so that they mimic physical air cables to successfully transmit fiber optic signals.

The team arranged four laser beams in a square and “heated air molecules [to] create a low-density ring around a denser core of air. Light bounces around the dense core just like in a fiber optic cable”. The technology mimics physical fiber cables which are lined with reflective glass to guide the transmitted light signals to the desired destination source.

The laser forms an ephemeral “air pipe” that lasts for no more than a couple of milliseconds which gives ample time for a pulse to transmit a signal at nanosecond speeds. 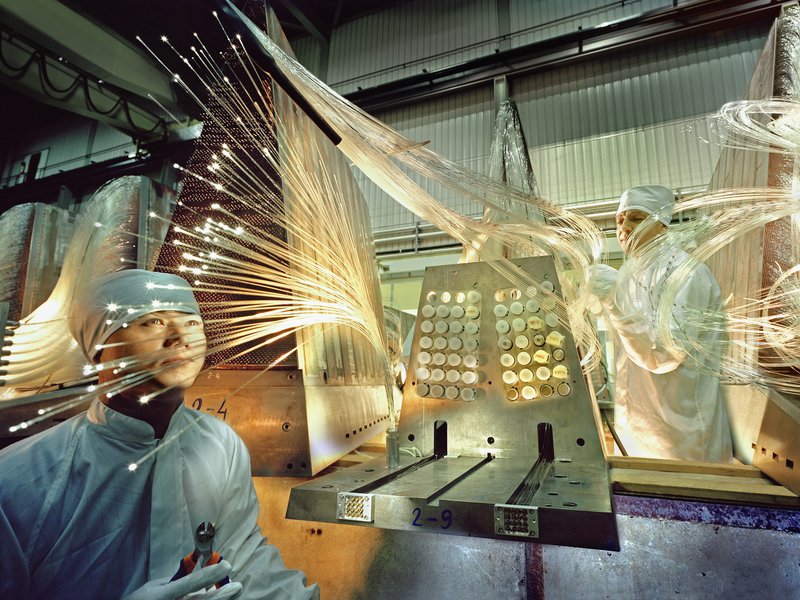 This temporary air tunnel remedies the problem that electrical signals encounter as their strength attenuates when traveling long distances.

Further development of this breakthrough could lead to the ­­­deployment of invisible air cables across the atmosphere and form true cloud networks, a current misnomer.

This breakthrough technology could finally help U.S internet consumers catch up with the internet streaming speeds enjoyed in South Korea and Japan where the fastest networks are offered at bargain prices.

Do you think these invisible air cables will warrant the “air rights” that prominent skyscraper cities so astutely regulate?

Let us know what you think. Leave us a comment below!