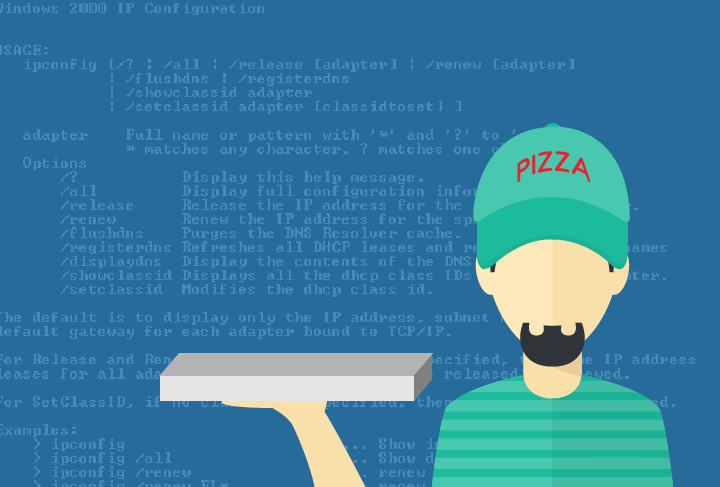 All People Seem To Need Data Processing is not only a fact of life, it’s also a mnemonic to help computer network technicians remember the OSI model and help isolate problems when troubleshooting networks.

This step by step guide to the OSI model explains the 7 layers that make up computer networking using the rather well known process of ordering a pizza.

The application layer is the user interface that internet users interact with to send or receive data through email, online games, peer to peer file transfer, and other applications.

Clicking on a link on an internet browser is akin to a customer dialing on their phone to order a pizza.

The presentation layer translates the commands received from the application layer into universal, well-known networking formats. Think of the presentation layer as a more effective version of Google Translate but for networks. This is the layer where data encryption and character set conversion occur.

In order for our pizza customer to place an order, she needs to speak a common language with the person taking her order.

In order for a packet to reach its destination, the session layer establishes a “mechanism for opening, closing and managing a session between end-user application processes and responses”. The session layer makes it possible to establish an open communication line to send the requested packets.

This layer can be compared to making a phone call and having the other person pick up the phone. Without another party on the line, no food-related or network-related conversation would occur.

The transport layer not only defines how data is sent, but also provides validation and firewall security.

You can think of the transport layer as quality control. Suspicious packets will not make it past a firewall. Similarly, suspicious looking pizzas will not go out for delivery.

The network layer seeks for the best-known path to route information to reach its destination similar to searching for an address on a GPS.

In the same way that the network layer determines the best way to route information, our pizza deliver person will rely on a GPS to map out a customer’s location.

One of the major functions of the data link layer is to provide a physical MAC address so that requested information can find its destination. Without a physical address, our pizza delivery man would not be able to complete his delivery. 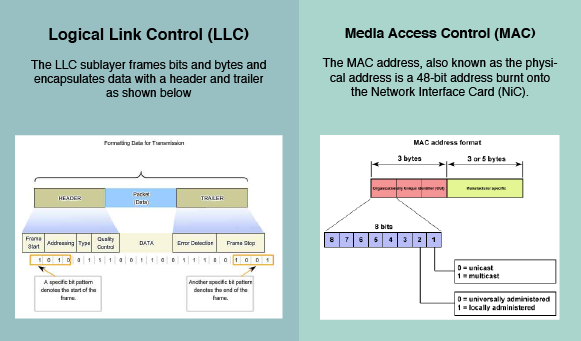 The physical layer consists of the physical components in a Local Area Network (LAN) such as networking hardware and Ethernet cables. Cabling issues in the physical layer sometimes emerge due to the wrong types of cables (straight through vs. cross over cables) used or faulty cables.

The physical layer comprises of the physical hardware components in a network. In this final step, our now starving customer will receive her delivery.