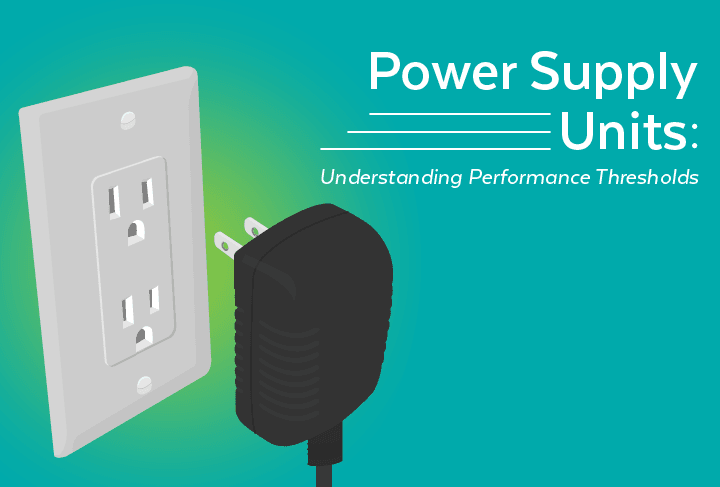 So your network installation needs a new PSU (power supply unit). There’s no doubt that the marketplace can be a bit confusing as there are many different specifications to pick from.

So what is a PSU performance threshold anyways?, Businessdictionary.com defines it as a minimum acceptable performance standard or maximum allowable limit. It should come as no surprise then that this can have a serious impact on the dependability of your network.

One major issue that can arise if your power supply units aren’t up to snuff is overheating. This is all too common an occurrence and we see it happening day in and day out.

Considering that we’ve developed microscopes that can see the world on an atomic level, surely it can’t be that hard to design a PSU that won’t overheat!

At times like these it’s important to take a deep breath and remember that PSU’s have indeed come a long way from where they were in the 90s. That’s in no small part due to the hard work of regulatory entities like the California Energy Commission (CEC).

Common Problems of the Past

So what were some of the most common pitfalls for PSU’s in the past? What was so frustrating that gave rise to these new efficiency standards in the first place?

A few things. But most importantly, the following.

Devices transfer maximum power to a load when running at 50% electrical efficiency. This occurs when the load resistance (of the device in question) is equal to the internal equivalent resistance of the power source.

Power loss occurs as your PSU draws AC from your outlet, and converts it to DC, and then supplies your network. The amount of loss is directly reflected in your PSU caliber and the amount of power you’re pulling from it.

Earlier PSUs were a one-size-fits-all, whereas now, the approach from the manufacturing end is more nuanced.

Note: 20% headroom from max rated power is more likely to get you closer to peak efficiency. The ideal range is somewhere between 40% and 60%.

If your PSU is either too powerful or too stingy, inefficiencies will result.

No load state was a problem that had engineers mystified for a long time. This issue meant that PSU’s would draw power even when the device was turned off. 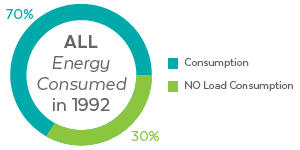 In 1992, experts estimated 30% of all energy consumed was due to no load consumption.

In 2004, governmental authorities put manufacturing regulations in place to address this waste. From a regulatory standpoint, energy conservation is the primary consideration for these new standards. The US, Europe and Asia continue to work in tandem to increase energy savings through more efficient PSU designs.

Let’s take a closer look at these new performance thresholds to determine exactly what they mean for someone preparing to purchase. Since all PSUs aren’t created equal, a little research can go a long ways. Make the right choice and you’ll save time, money and energy.

The Department of Energy has just released their tightest, most stringent set of guidelines. Dubbed Level VI Standards, they focus on pushing PSU’s to accommodate:

Power supply manufacturers indicate compliance to these regulations by placing a Roman Numeral on the power supply label. 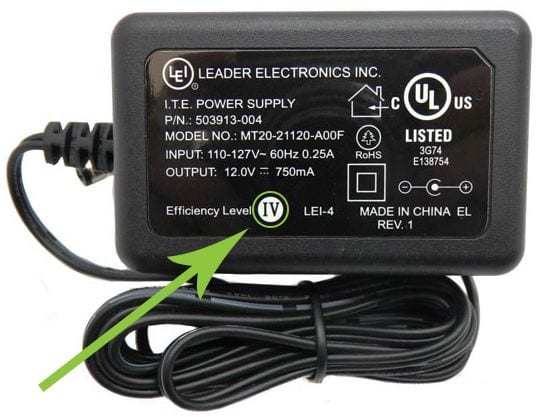 Efficiency Level IV is found in the bottom left of the PSU. The top right shows the United States and Canada UL logo.

So How Do You Choose the Right PSU?

Choosing the right external PSU shouldn’t be a guessing game.

There will always be device limits to consider that can guide you through the process. But suffice it to say that the best option when buying is to look for Efficiency Level VI. It’s still relatively new, so if you’re stuck buying level V or IV you won’t necessarily be in trouble. 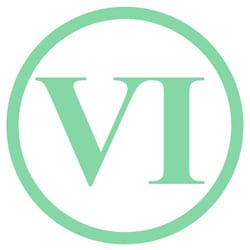 For a complete and granular look at what the various voltage specifications mean, visit the Energy Conservation Standards for Direct Operation EPSs. A complete table can be found on page 8.

Choosing a level 6 gets you into the right neighborhood.

Other things to consider is WHY you need a PSU in the first place. Are you managing an IT department? Are your devices running 24/7?

Consider the following before you pull out your wallet:

Energy efficiency requirements for manufactured products began back in  2005 and continue to this day. Energy Star has a globally implemented program that makes it easy for consumers to know that a product is tested for low-energy consumption.

Level VI units meet more stringent guidelines set by the DoE. This year and next, Europe will pass into law Tier I and II guidelines for PSUs. These improvements will not only promote better energy efficiency for the consumer, but they will also improve quality and stability.