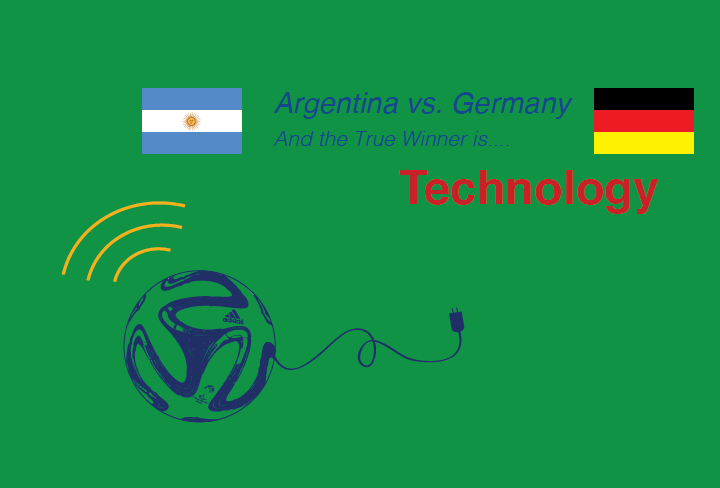 Amid the rivalry, the sorrow and revelry, depending on which team you rooted for, Versatek Technology will remember the 2014 Fifa World Cup as a collective win for all in the non-polarizing field of innovation and advancement. The World Cup saw a number of firsts in the realm of technology.

It was difficult not to get involved in the hype of the championship in comparison to the last tournament, particularly because the way we exchange information has changed. Four years ago, Instagram did not yet exist,  Facebook had not lost its edginess, and not quite everyone understood the purpose of Twitter. But Twitter has since proven itself as a legitimate microblogging platform that continues to grow.  As Brazil stunned spectators with its nightmare 1-7 loss, twitter users went haywire and broke the record for most discussed topic with 35.6m tweets discussing the game and “peaked at 580,166 tweets per minute (TPM)” after Germany scored its fifth goal.

This year’s championship utilized Goal Control Technology to formally determine whether goals crossed the goal-line. Founded by a German startup, Goal Control Technology utilizes “14 cameras, 7 per goal, situated around the pitch. The cameras send data to a powerful central image processing computer system that tracks the ball’s position” and formally declares whether the ball has cleared the goal line with centimeter-accuracy. Soccer officials initially resisted implementing new technology until England was denied a goal when playing against Germany back in 2010. This new technology will increase objectivity and fairness for fans. 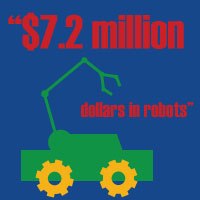 The Brazilian government invested $7.2 million dollars in robots from US Company Irobot to detect bombs and explosives. The apparatus resembles a motorized rover looking for signs of extraterrestrial activity in Mars. The equipment has previously been used for overseas war-fare and will be introduced in the next Olympic Games to maximize security. The championships also sported the most advanced technology in indoor and outdoor surveillance with cameras that are capable of storing the data of up to 400 faces per second.

Bing correctly predicted the outcome of 15 out of 15 games (not counting the missed prediction for the third place match). Microsoft utilizes  “teams’ records, strength of schedule, margin of victory in past matches, whether the location gives a particular team a home field advantage, and the influence of factors including weather and type of playing surface” to predict outcomes. Even though its group stage predictions had a 60% accuracy, Bing might be a source to examine before making your next bet.

It sounds like an Apple commercial for the Ipad, but online sources are attributing Germany’s win to an app developed by SAP, a multinational German software corporation.

Working in conjunction with “eight cameras around the pitch”, the app can produce “as many as 7 million data points” with only 10 minutes of recording time giving players the ability to later analyze their performance on their mobile platforms. The app gives players insight on their weaknesses and can even analyze data from opponent players. The SAP Match Insights App relies on Hana technology to help players track and refine their performance. With Germany’s win, other countries are sure to follow suit and adopt these new applications to gain the edge over their competitors.

There’s something unsettling when learning that sport predictions and player performance can be reduced to simple algorithms as exemplified by the Bing search engine and SAP Hana software.  But as sports officials and players utilize technology to remove the elements of unpredictability and human error from their matches, the 2014 World Cup felt much more human as we shared viral content on the social media platforms.

Versatek would like to congratulate, along with the players, the engineers and entrepreneurs who played on the invisible sidelines of the world of technology.

Do you think technology is taking the fun out of the competition? Leave us a comment below: