HomeNetworking How are IEEE Standards Created? 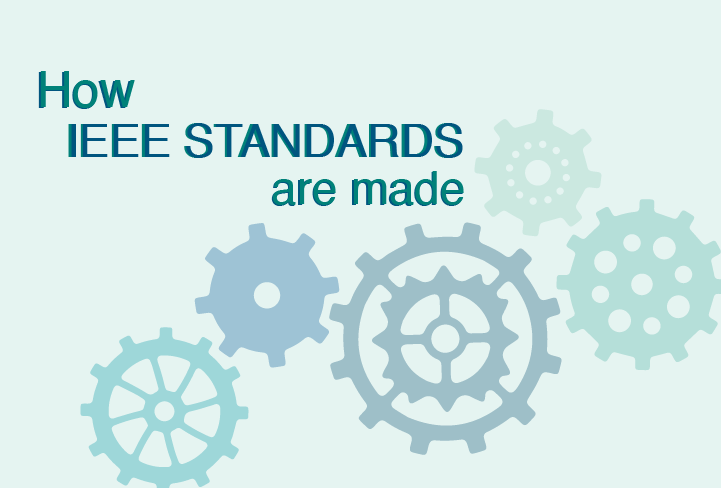 Have you ever wondered exactly what goes behind the Institute of Electrical and Electronics Engineers’ (IEEE’s) standardization process and why it’s important?

Standards set the protocols that helps keep bleeding edge technology within similar parameters so that final products remain interoperable with equipment manufactured by other brands.

The 6 Steps That Leads to Finalization

IEEE defines standards as “published documents that establish specifications and procedures designed to maximize the reliability of the materials, products, methods, and/or services people use every day.”

These standards force companies to adhere to protocols that “maximize product functionality and compatibility, facilitate interoperability and support consumer safety and public health.”

The initial germ for a standard idea must originate from within the IEEE Societies and Committees, Standards Coordinating Committees, or a Corporate Advisory Group. An idea can emerge from outside of these groups.  IEEE specifies that “In this case, those seeking a sponsorship would approach the governing body for standards within an IEEE Society to see if they would be willing to sponsor the work.”

After an idea receives support from a small community of supporters, the group can move forward and formally request approval from the New Standards Committee in the form of a Project Authorization Request (PAR).  The form is a “small, structured, and highly detailed document that essentially states the reason why the project exists and what it intends to do.”

Even non-members can participate in the formation of the PAR.

Once approved by the New Standards Committee, sponsors have up to four years to finish defining the protocols. Working groups will rely on the PAR to begin outlining a draft of the standard. The outline is then dismembered and assigned to individual members so that they can work on the sections separately.

The draft will be edited until it becomes a cohesive body of work and receives its final major review by the Mandatory Editorial Coordination (MEC). 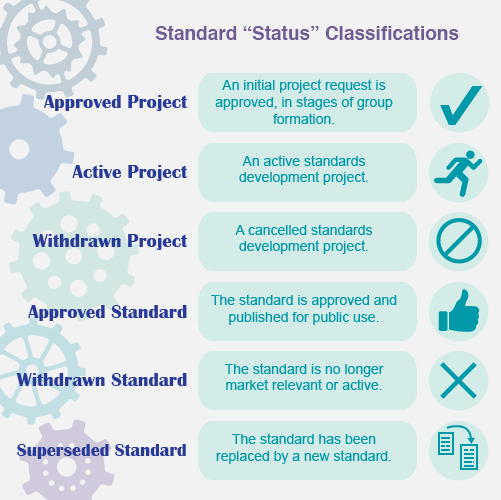 Members have an opportunity to make appeals before the IEEE-SA Standards Board and IEEE ensures that all appeals and comments will be reviewed.

Once sponsors have gathered a list of interested parties, IEEE requires that 75% of participants vote in order for the ballot to be valid. For the ballot to pass, IEEE also requires a 75% approval rate from the original voting pool.

If the ballot passes, the document then undergoes IEEE’s Standards Board Approval Process.  The board relies on the recommendation of the Standards Review Committee (RevCom) to either approve or deny the document.

If successful, the standard is finally edited by an IEEE-SA editor for the final publishing phase.

Once a standard has been published the standard will remain valid for ten years.

Revisions can be made to the document but it will have to undergo through the ratification process again. If no revisions are made, at the end of its ten year life span, IEEE will revise the standard to determine if it needs to be withdrawn and archived. If the standard remains relevant, it will repeat the standardization process once more.

Even though the standardization process is effective at defining the protocols that will produce reliable networking products, the lengthy process has recently emerged as a problem for manufacturers that are ready to provide much needed networking solutions such as 2.5 G and 5G Ethernet to keep up with faster 802.11 standards.

Do you think the IEEE standards has become too cumbersome? Let us know what you think!