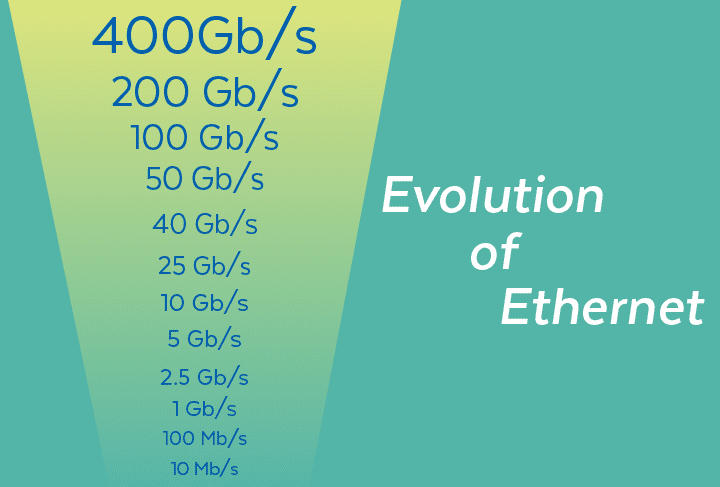 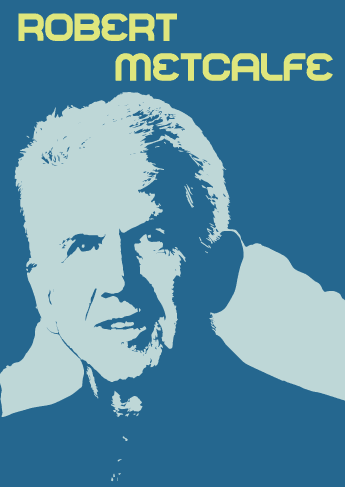 n 1973, Robert Metcalfe wrote a memo that would serve as the founding concepts for the technology that we now know as Ethernet. Xerox Parc assigned Robert Metcalfe with the task of connecting a group of personal computers to a printer. Along with his co-inventor David Boggs, Robert Metcalfe invented the cabling technology that would transform a computer from a static workstation to a dynamic host that could communicate with other computers. It was not until 1979 that IEEE fully standardized the 802.3 Ethernet standard. The first 802.3 Ethernet standard specified for 10 Mbps using coaxial cabling (known as thicknet) but twisted copper pairs proved more efficient and quickly replaced coaxial cabling.

But Ethernet’s versatility has far outgrown its original use-case. Ethernet is more than twisted pair copper terminated with an RJ45 connector. The Ethernet Alliance defines Ethernet as a wired technology that supports a variety of media/medium including backplanes, twisted pair, twinax, multimode fiber and single-mode fiber [2016EthernetRoadMap.pdf]. These additional iterations enable Ethernet to provide speeds beyond the traditional 1 Gigabit rates that end-users are traditionally familiar with. Ethernet can deliver terabit speeds to Metropolitan Area Networks (MANs) as well as core networks such as hyperscale datacenters.

This rare footage, now part of the Computer History Museum, showcases an early advertisement showcasing Ethernet. (Note the lack of an RJ45 connector!) Xerox’s advertisement envisions Ethernet as the panacea to data information overload (little did they know it would only augment it). But it was its inventor, Bob Metcalfe’s, entrepreneurial grit (not Xerox) that established Ethernet as the plumbing pipes of the Internet.

Since the original 802.3 Ethernet standard, IEEE has introduced new Ethernet standards that have steadily increased data transmission rates. However, in recent years, not all new Ethernet standards will guarantee higher transmission rates. Study groups have formed around proposed Ethernet standards that do not necessarily operate faster than existing standards. Ethernet standards are following a non-linear evolution that pursues both faster and slower speeds than existing standards. For example, after having finalized the standardization of 40 gigabit Ethernet(GbE) in 2010, network equipment manufacturers formed a consortium around 25 gigabit Ethernet (GbE) in 2015 to show IEEE their growing interest in a slower standard than the already available 40GbE. Hyperscale data centers with top-of-rack switches have outgrown 10GbE. But at the same time, upgrading to 40GbE represents a hefty investment. 25Gbe would provide a cost-effective alternative that would allow cloud providers to make a cost-effective (and scaleable) upgrade that will help them keep up with the growing demand in cloud computing.

Nonetheless, IEEE is also continuing to pursue incrementally faster Ethernet rates as well. Upcoming terabit speeds include 400 GbE and 200 GBE whose estimated standardization is expected to finalize in 2017 and 2018 respectively.  Former President of the Ethernet Alliance, Scott Kipp, forecasts that the “200GbE [will be] applicable to the low cost/ high volume switch market while 400GbE will be suited for the high cost/low volume router market.”  These terabit speeds will not only be used in hyperscale data centers, but also in a variety of Metropolitan Area Networks (MANs) including Internet exchange points, telecommunications companies, cable TV companies, and content delivery networks (CDN).

In regards to POE, IEEE has continued pushing towards standards that increase power output. PoE is a technology that can simultaneously transmit Power and data. This gives network administrators the ability to deploy powered devices such as IP surveillance without having to rely on additional power sources. For more in-depth information about PoE click here.  Be sure to check out our timeline of PoE standards here.