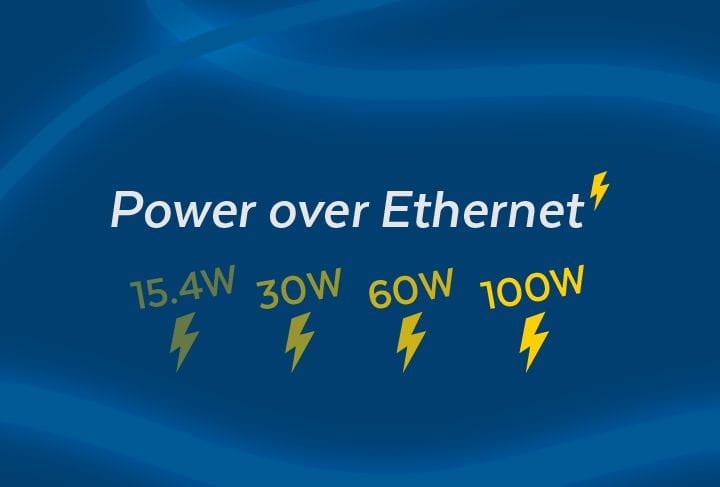 Why is Power over Ethernet (PoE) far from reaching market saturation levels?

Power over Ethernet has evolved since its inception in 2002. IEEE has introduced PoE standards with increasingly higher power outputs to account for the evolving use-case scenarios for PoE. But even though the technology has been around for over a decade, PoE has not quite yet achieved market saturation. PoE use-cases are evolving beyond common computer networking applications. Early in its introduction, PoE port growth was driven by VoIP (Voice-over-IP Phones) installations. IP surveillance cameras also contributed to the growth of PoE. As the utility of PoE technology expands beyond common networking applications, Leviton predicts that PoE will experience similar growth rates that were originally seen after its introduction in 2003. A recent Dell Oro presentation confirms the forecast, attributing the growth of PoE port shipments to future PoE lighting installations. Click here to learn more about PoE lighting.

The continuing evolution of PoE use-cases along with IEEE’s standardization of higher power upgrades will continue to fuel the growth of PoE.

PoE simplifies network installations by delivering both power and data via a standard networking cable. Another factor contributing to PoE’s appeal is cost-effectiveness. PoE remains unencumbered with the strict conduit regulations associated with installing electrical circuitry. PoE allows network installers and system integrators to utilize the same wiring cable to deliver power and data to sites that lack access to electrical outlets. For example, PoE makes it possible to deploy a powered device (PD) such as an IP camera in a warehouse without electrical outlets. With PoE, remote power provisioning becomes as simple as connecting a PoE-capable powered device (PD) to a switch using a standard networking cable.

A Timeline of PoE’s Evolution

The following depicts the evolution of PoE standards since its introduction in 2002. 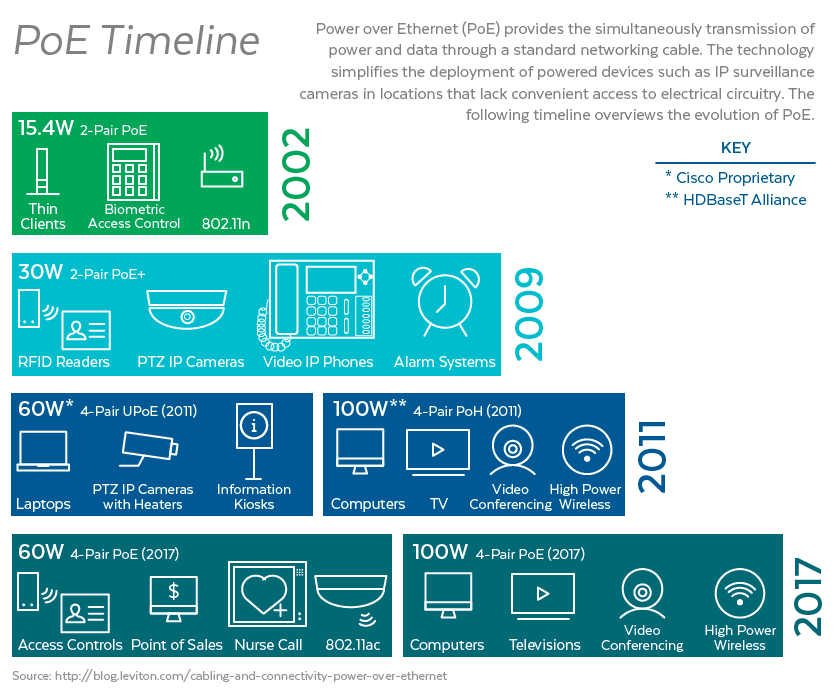 The Evolution of PoE Standards:

PoE simplifies the deployment of powered devices such as IP surveillance cameras in locations that lack convenient access to electrical circuitry. Click here for a more in-depth overview of PoE.

Want to experience the simplicity of PoE? Click on the link below to overview our PoE equipment.