HomePoE What Is a Raspberry Pi PoE HAT? An Explanation With Use Case Examples 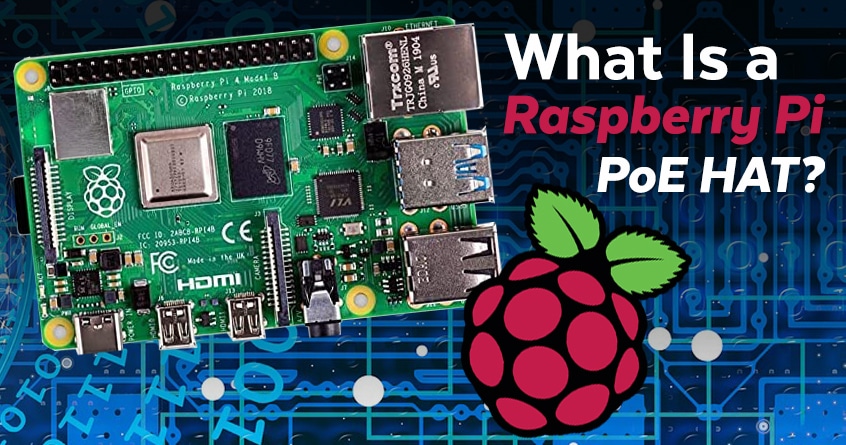 In 2003, the 802.3af Power over Ethernet (PoE) was introduced, representing several standards and ad hoc systems that deliver data along with electric power via twisted-pair Ethernet cabling. This technology quickly gained popularity because it only requires a single cable rather than two (one providing power and another delivering data) for devices. Initially, PoE merely served devices such as voice-over-Internet Protocol (VoIP) phones, wireless access points (WAPs), and Internet Protocol (IP) cameras. However, since its inception, the course of PoE technology has taken a few surprising turns regarding its application. One such example and the subject of this article is the Raspberry Pi Power PoE HAT. This article intends to elucidate the following things concerning this technology:

What is Raspberry Pi?

In the beginning, the Raspberry Pi project primarily promoted teaching children in developing countries about basic computer science. The earliest model, the Raspberry Pi SBC, became far more popular than predicted, but not necessarily with the Foundation’s target market. Two examples of unintended markets that contributed to Raspberry Pi’s notoriety include robotics and pen-testing. It’s also widely deployed in areas such as weather monitoring due to its open design, modularity, and low cost. After adopting HDMI and USB standards, Raspberry Pi became increasingly popular among electronic and computer hobbyists.

The Evolution of Raspberry Pi

As mentioned above, there are three series of Raspberry Pi, and several generations of each series have been produced. In February 2012, the Raspberry Pi Model B was the first series to be released. Shortly after that, the cheaper and easier-to-use Model A was released. In 2014, the Raspberry Pi Model B+ was released, featuring a board with an improved design. These first-generation SBCs represent the standard mainline form factor, are approximately the size of a credit card, and feature 32-bit RISC ARM processor cores (ARM11). 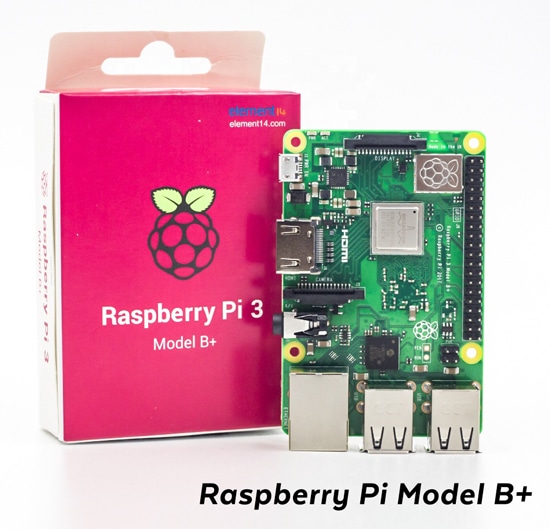 Most generations have featured both Model A and Model B, with Model A being the least pricey of the two. Nonetheless, due to its cheap price, one can expect fewer USB and Ethernet ports and reduced RAM. The Pi Zero Raspberry is an even cheaper spinoff of the original Raspberry Pi 1 (the first generation), resulting in a smaller SBC.

Below is a list of the Raspberry Pi lineup thus far:

Things You Can Do With Various Raspberry Pi Models

According to Open Source, Raspberry Pi can be deployed for different purposes and in various settings. It clearly plays a huge part in teaching students about computer programming, helping makers improve their skills, and simplifying pen-testing. Raspberry Pi also has numerous industrial applications in factories and other workplaces. For the sake of this article, we’ll introduce five maker projects for you to experiment with in the comfort of your home.

It wouldn’t be an overstatement to call Raspberry Pi one of the top revolutionary tech gadgets of the past decade. When it was launched back in 2012, tech consumers were amazed that a computer of such a small size could be that powerful. Not only that, but many people were astonished that they could purchase a Raspberry Pi for as little as $25. Below are several things you can do if you’ve bought a Raspberry Pi and want to experiment.

Kodi open-source home theater software (originally developed by the XBMC Foundation) on any Raspberry Pi device is a fantastic way to play media on hard drives or Network-Attached Storage (NAS). Installing certain plugins, such as InputStream Adaptive, allow you to play videos on Netflix. The open-source YouTube Live plugin that is available on GitHub allows you to stream YouTube videos.

The two most popular Kodi-based options are the Linux-based LibreELEC and the Open Source Media Center (OSMC). While LibreELEC is more lightweight and performs well at playing all sorts of media, OSMC’s user interface is more visually aesthetic. Once you’ve chosen the platform, select a distribution, download the image, and install it on an SD card. You can also use NOOBS which is a minimal disk image that can be copied onto a formatted SD card. After the image has been copied onto the SD card, boot it up, and it’s ready to use.

Set Up a Camera Module

Setting up a camera module for taking photos remotely and streaming CCTV video is another neat yet handy home project. You don’t have to limit your project to taking photos or streaming video. Raspberry Pi can be programmed to stream all kinds of files internally or over the internet; it can also capture and save data sets to your computer or a makeshift server.

Nevertheless, the two most standard use cases are for CCTV camera systems for security and monitoring children or pets. Not only does it provide full HD photo and video capabilities but offers plenty of advanced configurations. Most importantly, it’s quick and simple to program and set up. For example, using the command line tool raspistill or simply copying and pasting a simple Python script can program your device to take still images in regular intervals.

The cron command-line utility is used to schedule such tasks at fixed times or dates. You can take your project a step further by setting up your camera module to upload images and videos to Dropbox, Google Drive, or any other cloud service of your choice. More advanced makers could build a web application that displays your images and videos.

What Is Raspberry Pi PoE+ HAT?

It’s an IEEE 802.3af PoE Class 2 device with a fully isolated switched-mode power supply, 25mm x 25mm brushless fan for processor cooling, 5V/2.5A DC output, and fan control. The brushless fan and fan control mean more power while running cooler than previous models. The small fan is regulated over I2C through a small ATMEL ARM-based processor. This means that if your Raspberry Pi processor reaches a certain temperature, the fan switches on to keep it cool. However, it requires the latest firmware for this to be enabled. To update the firmware, one only needs to type sudo rpi-update in the command line.

Safety note: To avoid injury from exposure to high voltages, don’t handle the PoE+ HAT while it’s powered on and running. When handling it, do so by its edges to minimize the risk of damaging the device due to electrostatic discharge. Additionally, avoid handling the device when it’s plugged in for the same reason.

Of course, no Raspberry Pi project is complete without the necessary accessories. For example, if you decide to set up a remote camera module, you’ll need things like wall mount brackets. Depending on the nature of the media, it may be necessary to include a media converter. Technology solutions providers such as Versa Technology, Inc. supply every kind of PoE product one could think of. And if you need help knowing exactly what it is you do need, simply reach out for assistance.