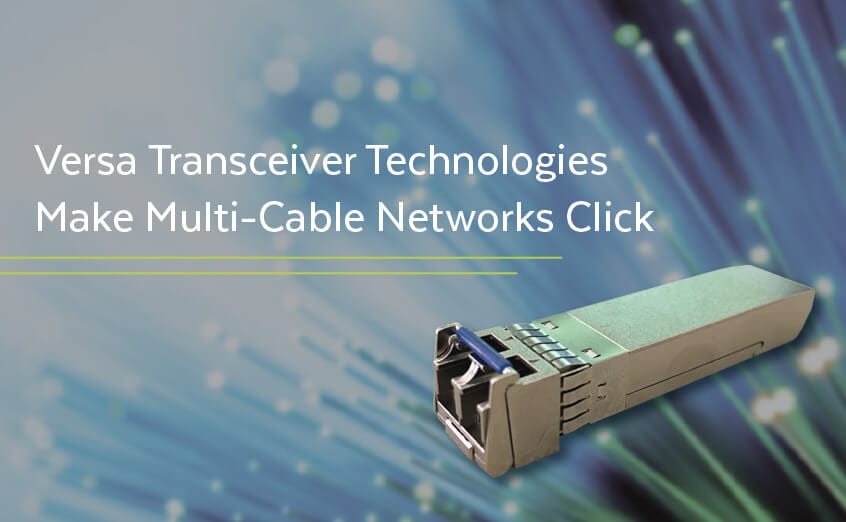 Network installers and IT administrators continue the move toward green. To recapture and use existing cabling infrastructures, and allocate the money in their budgets to purchase better devices, savvy thinkers are opting to deploy transceivers.

As you probably already know, a network transceiver spans the gap between Ethernet and coax, Ethernet and fiber, and between coax and fiber. It also links single-mode and multi-mode cabling deployments.

This article is going to pull together the pieces for a quick view resource. It’s not rocket science, but it is sophisticated enough where a one-stop reference might make life easier. 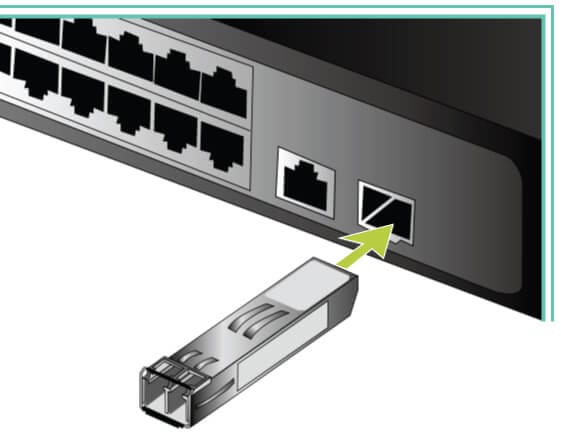 Small Form-factor Pluggable PLUS (SFP+) is a small, second-generation optical transceiver used to convert back and forth between optical and electrical signals. They plug into the SFP port of a network switch. It is used to connect to Fiber Channel and Gigabit Ethernet (GbE) optical fiber cables together in one network. They are plug-and-play devices following the trend toward simplification.

They are part of the GBIC transceiver family.

They are specificially designed to support 10G performance.

What is the difference between SFP and SFP+?

The primary difference between the two technologies is data rate. The SFP maxes out at 5 Gbps, while the SFP+ is designed to reach 10 Gbps. Both are used in applications for both telecom and datacom.

Impedance is better in the plus design.

Why is the faster 10 Gbps speed better?

At present, 1000BASE technologies are still in the 2.5 Gbps to 5 Gbps range, so no apparent difference. Over the next 5 years, though, expect devices to start cracking through that ceiling. The Internet, however, is a different matter.

What is 10 Gbps Internet?

Does 10 Gbps Internet even exist? Blame it on Bitcoin and the mining community because not everyone can afford to pay $300 a month for this kind of service. According to the media outlet Motherboard, ISPs began to offer this type of service sometime around 2016. One man with a radiology based business in Chattanooga TN was one of the first to purchase it. 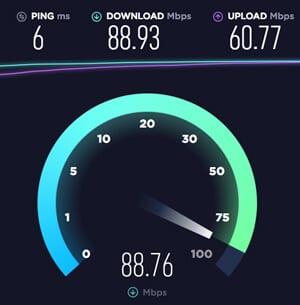 G.Fast and VDSL2 are going to be the technologies that bring higher broadband speeds into reality. Stay tuned.

What is the difference between an SFP and a GBIC? 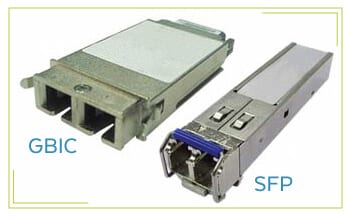 Gigabit Interface Converters (GBIC) and SFP, their miniature cousins, are both optical transceivers. They convert signals to and from optical and electrical forms. The perception is that SFPs are an upgrade because their smaller size allows more of them to be deployed on a single switch than the GBIC.

If you already have a line card for GBICs, you can continue to fill it with GBIC compatible connections. If you don’t have a GBIC line card, then SFPs are a super-easy alternative.

What is a transceiver and what does it do?

“Transceiver” is a combination of the words transmitter and receiver, and the melding of that capability within a single housing is what you get within these devices.

An optical transceiver chip transmits and receives data over fiber instead of wire. Information pulses over light beamed along transparent fibers or cables.

To simplify this further, here are some of the alphabetical standards and a quick view of what each of signifies.

The X refers to FAST ETHERNET. Also known as IEEE 802.3z, the X refers mostly to Ethernet transmission over fiber optic cable, although shielded copper is sometimes used. One of the many benefits is the multi-directional ability that this standard provides. You can use 1000BASE-X for both single-mode and multi-mode deployments.

Here are what some of the “X” combinations mean:

1000BASE-T refers to Cat5e, Cat6, and Cat7 Ethernet cable. No surprise there. These are cables that send signals using electrical energy. The same is true for coax. An SFP is needed between Ethernet and coax on the same switch, just to be clear.

1 These distances are stretched through the use of Ethernet Extender Kits and Injectors.

Versa Technology’s media converters are fully compliant with IEEE 802.3 and 802.3u standards.

Click here to learn more about our Media Converters and SFP devices.